The President's Council advises the president on all matters related to the mission and institutional priorities of the university. 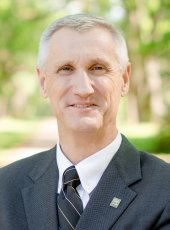 Dr. Richard J. Koubek became Michigan Technological University’s 10th president in July 2018, bringing 30 years of higher education experience to the role. In 2015, he was named executive vice president and provost of Louisiana State University (LSU) after serving as dean of the LSU College of Engineering since 2009. Previously, Koubek served as head of Pennsylvania State University’s Harold and Inge Marcus Department of Industrial and Manufacturing Engineering; chair of the Department of Biomedical, Industrial and Human Factors Engineering at Wright State University; and associate dean of research and graduate studies in Wright State’s College of Engineering and Computer Science.

Koubek began his academic career as a faculty member in Wright State University’s College of Engineering and Computer Science. He later served six years as an assistant and associate professor in the School of Industrial Engineering at Purdue University and as a full professor at Wright State, Pennsylvania State University, and LSU. Koubek earned a bachelor’s degree in biblical literature, with a minor in chemistry, from Oral Roberts University, and in psychology from Northeastern Illinois University. He received his master’s degree and PhD in industrial engineering from Purdue University. Koubek and his wife Valerie have three grown children. 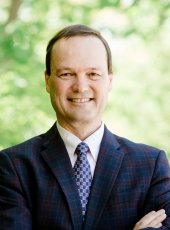 Prior to his appointment as Interim Provost and Senior Vice President for Academic Affairs, Storer served as Dean of the College of Forest Resources and Environmental Science at Michigan Technological University for the past four years.

Storer joined the Michigan Tech faculty in 2001 and rose to the rank of professor of forest insect ecology. In addition, he has served as director of the Honors Institute at Michigan Tech and director of graduate studies within the School of Forest Resources and Environmental Science. His areas of expertise include forest insect ecology, impacts of exotic species on forest ecosystems, interactions among fire, insects and disease in forests and urban forest health.

Storer earned his D.Phil in forest entomology from the Department of Zoology at the University of Oxford, and also holds an MA and a BA in Pure and Applied Biology from St. Annes College, Oxford. After almost 10 years as a Research Entomologist at the University of California, Berkeley, he joined the faculty at Michigan Tech in 2001. Prior to joining Michigan Tech, Gersie served as Assistant Research Professor and Chief Diversity Officer for the Applied Research Laboratory at Penn State, and is the founder and principal of Oasis Strategic Consulting LLC. He has earned his PhD in Workforce Education and Development, with emphasis on Human Resources, and a MEd in Counselor Education, both from Penn State. Additionally, he holds certificates from the Harvard University Institute for Management and Leadership Education, Cambridge, Massachusetts, and Center for Creative Leadership in Colorado Springs, Colorado.

Additionally, Gersie has been recognized for his service with multiple awards, including The Pennsylvania State University College of Engineering Ally recognition award, The Penn State Engineering Alumni Society Equity and Inclusion Award and The Penn State Multicultural and the Resource Center Faculty/Staff Diversity Recognition Award. He has also served his community, regionally and nationally, as a committee member, panelist, and keynote speaker for many organizations including The Pennsylvania Human Relation Commission Advisory Council for Centre County, The Penn Civilians, Chair and member of The Penn State Council of College Multicultural Leadership, National Association for Multicultural Engineering Program Advocates, American Society of Engineering Education, Black Engineer of the Year Award, Society for Hispanic Professional Engineers, The Tapia Conference and the National GEM Consortium. 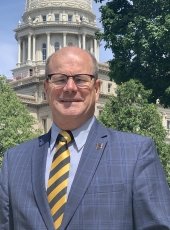 William R. Kordenbrock serves as the vice president for governmental relations and leads points of contact with all government entities and agencies to promote, advocate, and communicate the mission and impact of Michigan Technological University.

Bill brings over three decades of experience in government operations to Michigan Tech. He began his career as a lobbyist in Washington D.C., transitioned to chief of staff for the Vice Chairman of the Michigan Senate Appropriations committee, has held several executive positions within Michigan state government as well as represented Fortune 500 corporations’ interests in eight states. Bill has also served as chief legal counsel for the Michigan Department of State.

Bill has two adult sons that share his passion for the outdoors, and motor sports.  He is active with numerous wildlife habitat and conservation organizations, and as a certified hunter safety instructor, has provided leadership in developing youth and women’s hunter access programs. 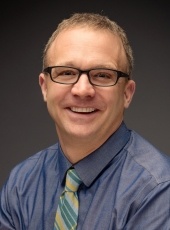 John B. Lehman serves as the vice president for university relations and enrollment at Michigan Technological University, overseeing the areas of enrollment, university marketing and communications, and government relations.

John has served at Michigan Tech since 1996. He is a Co-Lead facilitator for LeaderShape and serves as an instructor for various Academic Impressions workshops nationally. John serves on the boards of the Detroit Area Precollege Engineering Program and the Keweenaw Community Foundation.

Roberts has a bachelor of science and master's degree in Public Administration both from Northern Michigan University in Marquette, Michigan. He received a PhD in Higher Education Leadership from Colorado State University in Fort Collins, Colorado. His research focus has centered on financial aid awarding and student success.

Additionally, Roberts has a certificate in Fundraising Management from the Lilly School of Philanthropy at Indiana University and has completed the Excellence in Leadership Program from the Academy for Academic Leadership. He is a member of the Council for Advancement and Support of Education (CASE) and has been a member of the National Association for Student Financial Aid Administrators (NASFAA), and the Michigan Student Financial Aid Association (MSFAA).

Roberts resides in Lake Linden, Michigan with his wife, Amy, and their sons Randall and Samuel. In his free time, he enjoys spending time with his family, many outdoor activities, coaching youth hockey, carpentry, and welding. 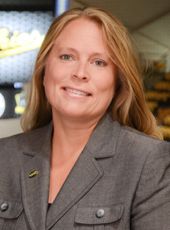 Sanregret was instrumental in the addition of women's soccer as Tech's 14th varsity sport in . . . 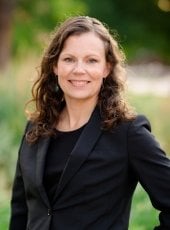 Sarah H. Schulte serves as general counsel at Michigan Technological University and secretary to  the Board of Trustees.

Schulte comes to Michigan Tech from the University of Washington (UW) Division of the Washington State Office of the Attorney General, where she has served in various roles. At UW, Schulte advised the Board of Regents, president, and provost on a wide variety of legal issues and managed all attorneys and staff in the Washington State Office of the Attorney General’s UW Division. In private practice, Schulte primarily engaged in civil defense litigation with a specific emphasis on school law, public entity defense, employment law, complex litigation, and commercial defense. A native Michigander, Schulte received her bachelor’s degree in political science from Western Michigan University and her juris doctorate from the University of Michigan. Dr. Wallace Southerland, III currently serves as the Vice President for Student Affairs and Dean of Students.  Prior to joining Michigan Tech, he served as the associate vice president of student affairs at Salisbury University. 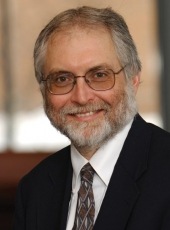 David D. Reed serves as Michigan Technological University’s vice president for research, overseeing sponsored programs, technology and economic development, and integrity and compliance for research conducted at both the undergraduate and graduate levels. On July 1, 2022, he was appointed interim CFO.

Reed is a professor in Michigan Tech’s College of Forest Resources and Environmental Science and has been a principal investigator or co-investigator on more than $9 million in externally funded research since coming to the University in 1982. His work has involved researchers from a variety of disciplines at the University as well as from outside institutions, and his many sponsors range from the National Science Foundation to Mead Paper.

Reed has received a number of recognitions for his teaching and research, including the Scientific Achievement Award from the International Union of Forest Research Organizations. This international recognition of scientific achievement in forest research is given to no more than ten scientists every five years worldwide. He also received the 2002 Forest Science Award from the Society of American Foresters and the Faculty Excellence Award from the student chapter of the Society of American Foresters in 1994. In 1996, he traveled to Portugal’s Technical University of Lisbon as a Fulbright Scholar.