Getting water samples from an Antarctic lake under 800 meters of ice takes days of drilling, precise equipment, lots of patience and an eagerness to understand one of the world’s most extreme environments.

More than half of the planet’s fresh water is in Antarctica. While most of it is frozen in the ice sheets, underneath the ice pools and streams of water flow into one another and into the Southern Ocean surrounding the continent. Understanding the movement of this water, and what is dissolved in it as solutes, reveals how carbon and nutrients from the land may support life in the coastal ocean. 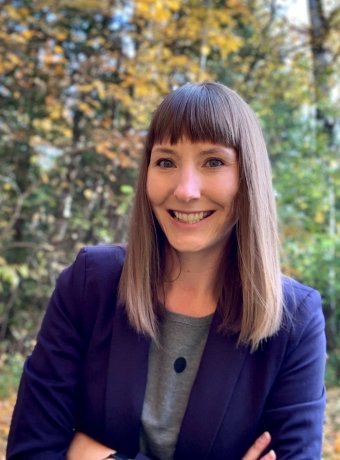 Gathering data on the biogeochemistry of these systems is an undertaking of Antarctic proportions. Trista Vick-Majors, assistant professor of Biological Sciences at Michigan Technological University, is part of a team that gathered samples from the Whillans Subglacial Lake in West Antarctica and is lead author on a paper about the lake, recently published in Global Biogeochemical Cycles.

“Life is tough — it can handle a lot,” Vick-Majors said. “This paper is putting together what we know about the biology and how active it is under Antarctic ice with information about the composition of organic carbon in the lake.”

Life on a Carbon Budget

Life beneath the ice puts up with a lot — there is no sunlight and pressure from the ice above in combination with heat radiating up from the Earth’s core melts the water to form the lake, so the temperature hovers just below freezing. Organic carbon, an important food source for microorganisms, is present in relatively high concentrations in Whillans Subglacial Lake, even if it lacks the verdant mess of a Midwest pond in late August. Instead, as cameras dropped down the borehole of Mercer Subglacial Lake (a neighbor of Whillans) reveal, the subglacial lake is dark, cold, full of soft and fluffy sediment, and lined with bubble-filled ice. 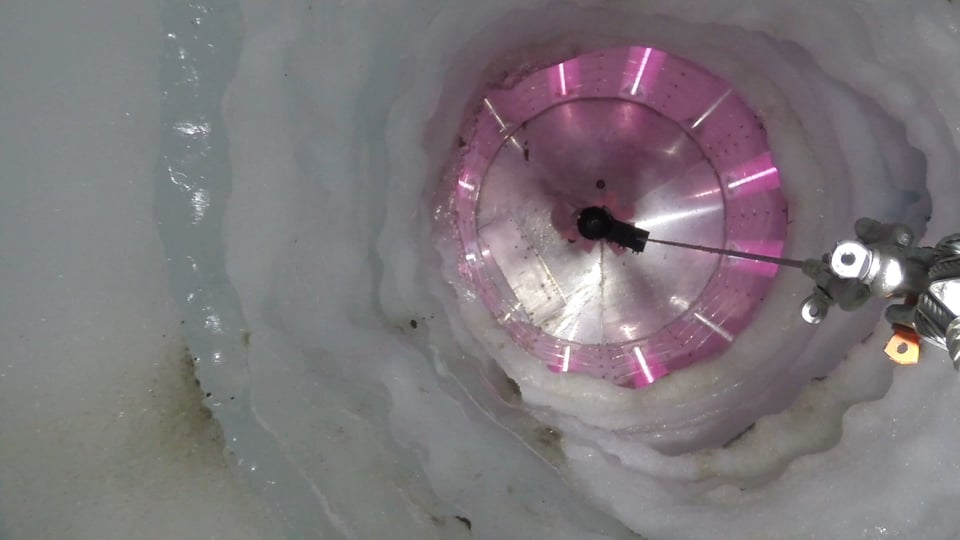 Mercer Lake is another subglacial lake in West Antarctica and the videographers on the Subglacial Antarctic Lakes Scientific Access (SALSA) project were able to get a glimpse of its turbid depths. Credit: Kathy Kasic and Billy Collins/SALSA

The lake bed looks more alien than earth. Studying extreme environments provides insight into what extraterrestrial life could be like or how earthly life might survive in similar conditions. Not that humans, penguins or fish could handle it; life in the waters beneath Antarctica’s ice is mostly microbial. They still show signs of life — organic carbon and other chemical byproducts of living, eating, excreting and dying — that Vick-Majors and her team can measure and budget.

Using mass balance calculations, the team’s research shows that a pool of dissolved organic carbon in the Whillans Subglacial Lake can be produced in 4.8 to 11.9 years. As the lake fills and drains, which takes about the same amount of time, all those nutrients slip and slide their way to the ice-covered coast of the Southern Ocean. Based on the team’s calculations, the subglacial lakes in the region provide 5,400% more organic carbon than what microbial life in the ice-covered ocean downstream needs to survive.

“There’s no photosynthesis under the ice in the ocean downstream of this lake — this limits the available food and energy sources in a way that you wouldn’t find in a surface lake or the open ocean,” Vick-Majors said. “The idea is that these subglacial lakes that are upstream could provide important sources of energy and nutrients for things living in the ice-covered regions of the Southern Ocean.”

While the Whillans Subglacial Lake on its own indicates that upstream nutrients may be an important factor, it is only a single source of data in an ice-covered complex of underground lakes, streams and estuary-like mixing zones that undergo seasonal and sporadic fluxes.

To expand their view, Vick-Majors and the rest of the team have been gathering data at other sites (Mercer Subglacial Lake was sampled by the SALSA team in early 2019), and doing so is no small feat. They make it happen with a hot water drill, a specially designed hose, a 10-liter water sampling bottle, some sediment coring devices, and a week of summery polar weather that can plunge to 20 below. The crew wears Tyvek suits and all equipment is thoroughly cleaned. They also filter the drilling water, run it past several banks of ultra-violet lights to knock down microbial contamination, and then heat it up to use the hot water to open an approximately 1000-meter borehole down to the lake.

“Some of that melted ice water, which has now circulated through the drill, is removed from the hole so that when the lake is punctured, water from the lake moves up into the borehole,” Vick-Majors said, explaining that the crew has to keep the hot water from the drill separate from the lake water to keep their samples and the lake clean. “It takes about 24 hours to drill the borehole and we keep it open for a few days; gathering a single sample or letting down the cameras can take two hours or more, depending on the equipment.”

And the hole keeps trying to refreeze. Plus, Vick-Majors is not a lone scientist; she is embedded in an interdisciplinary team and everyone needs access to the borehole for different experiments. But for all the tight logistics and cold toes, she says it’s worth it.

“There is water and there is life under the ice,” Vick-Majors said. “These can teach us a lot about our planet because this is a great place to look at somewhat simplified ecosystems, without higher levels of organisms. So we can answer questions about life that can be really hard to answer in other places.”

The flip side is that physical-biological interactions can be still be complicated in these environments; the paper is step towards understanding them. The almost otherworldly subglacial lakes of West Antarctica grant insight into the possibilities for exoplanet environments while revealing the deep, water-kept secrets of our own world.