A strange star system in our own galaxy is producing some of the most powerful gamma rays ever seen. Messengers from this microquasar may offer a glimpse into bizarre objects at the centers of distant galaxies.

One of the weirdest objects in the Milky Way just got weirder. Scientists have discovered a new source of the highest-energy photons in the cosmos: a strange system known as a microquasar, located in our neck of the galaxy a neighborly 15,000 light years from Earth. The discovery could shed light on some of the biggest, baddest phenomena in the known universe.

Their findings appear in the Oct. 4, 2018, issue of Nature (DOI: 10.1038/s41586-018-0565-5). Among the coauthors are Petra Huentemeyer, a professor of physics; Henrike Fleischhack, a postdoctoral research associate; and PhD candidates Chad Brisbois and Binita Hona, all of Michigan Technological University.

The gamma rays beaming from this microquasar, known as SS 433, are among the brawniest photons ever observed—about 25 trillion times more energetic than visible light—and were detected at the High-Altitude Water Cherenkov Gamma-Ray (HAWC) Observatory in Mexico. Such photons are born only in the most extreme environments, including quasars, the massive black holes at the centers of galaxies billions of light years away. But if you wanted to find a gamma-ray birthplace closer to home, microquasars might be one of the first places you’d look.

Microquasars behave like quasars, but in miniature. Quasars suck up dust and gas, while astronomers believe that SS 433 contains a black hole that sucks up stuff from a nearby companion star. They both blast out powerful jets of material in opposite directions. SS 433’s jets extend over 130 light years into space. To put that into perspective, our entire solar system is not quite two light years across.

Scientists have been studying SS 433 since the 1980s and have already detected electromagnetic radiation in the form of X-rays and radio waves coming from the ends of its jets. But they had not found any high-energy gamma rays until now and HAWC’s technology made it possible.

“The HAWC Observatory is the most sensitive instrument for photons at these very high energies, and it did not begin collecting data until 2015,” Huentemeyer says, the HAWC science coordinator.

The new evidence strongly suggests that the powerful gamma rays were produced at the ends of the jets and not another source nearby.

“SS 433 is located in the same region of the sky as other bright sources that also emit gamma rays,” Hao Zhou says, galactic science coordinator of HAWC and a lead author on the Nature paper. “With its wide field of view, HAWC is uniquely capable of separating the gamma-ray emission due to SS 433 from other background photons.” Zhou is a former doctoral student of Huentemeyer and a 2015 Michigan Tech PhD graduate now at Los Alamos National Laboratory.

So Much Energy, Such a Tiny Subatomic Particle

In addition, the data show that the high-energy gamma rays were generated by electrons colliding with background microwave radiation left over from the Big Bang. That means that electrons in the SS 433 jets attain energies that are about 1,000 times higher than those achieved by the most powerful earthbound particle accelerators, such as the city-sized Large Hadron Collider, in Switzerland. This is a new mechanism for generating high-energy gamma rays in this type of system and is different than what scientists have previously observed.

The finding is also somewhat mysterious. “These electrons are some of the highest-energy particles in our galaxy, and it’s hard to explain how something that small got so much energy,” Huentemeyer says. “However, the electromagnetic radiation emitted by SS 433 over a broad energy range is consistent with a single population of electrons.”

A Peek into the Ancient Universe

Scientists hope that studying messengers from this microquasar may offer a glimpse into the secrets of their larger cousins. Quasars are millions of times bigger than the sun and the brightest known objects in the universe. Most have been found billions of light years away, and because it takes light time to travel, studying them is like going back in a time machine; we see the object as it was billions of years ago.

Because they are so far away, most of the quasars detected by telescopes have their jets aimed at Earth, so observing them is like looking directly into a flashlight. In contrast, SS 433’s jets are oriented sideways, pointing away from Earth, which makes them easier to study.

“The new findings improve our understanding of particle acceleration in the jets of microquasars,” Zhou says. “They may also shed light on the physics underlying the much larger and more powerful extragalactic jets in quasars.” 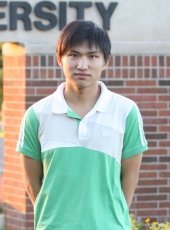