Michigan Tech’s thought leaders glimpse into the University’s future. Drawing on his 14 years as University president, Glenn D. Mroz reflects on the future of higher education.

That may sound like a platitude or thinly veiled marketing, but it also happens to be true—and nowhere is it more apparent than in the state of Michigan.

In late 2016, the Michigan Bureau of Labor Market Information and Strategic Initiatives published "Michigan’s Hot 50 for 2024"—a list of the state’s top 50 high-demand, high-wage occupations. Of the 50 jobs on the list, 36 require at least a bachelor’s degree. Those 36 professions are projected to create more than 19,000 annual job openings from now through 2024, while the professions that don’t require a four-year degree are projected to create less than half that—just a little more than 8,300.

There’s a lot of talk today about how a college education isn’t worth the investment, that you can find plenty of jobs that pay the same—or even more—in skilled trades. But as the Michigan Hot 50 data shows, although there are jobs in skilled trades, young people are more likely to secure a middle-class income and lifestyle through a college education. In other words, the conversation we should be having isn’t either/or—it’s yes/and.

A university education is an engine of social mobility and Michigan Tech is the perfect example. Low-income students make up more than a quarter of the University’s undergraduate population. Once they’ve earned their degrees, students who come from the bottom fifth of household income have a 47 percent chance of moving to the top fifth. Eighteen percent of Michigan Tech graduates move up two or more income quintiles during their careers.

Some people say education is a private good, rather than a public one. While the numbers above illuminate individual earning potential, the picture is bigger than that. Consider how Michigan Tech supports the state economy. An estimated 56 percent of Michigan Tech graduates take jobs in Michigan. That's just under 1,000 students a year. If you assume that each of those grads makes the median Michigan Tech starting salary—$60,000 a year—the most recent class of knowledge-based economy workers will earn a collective $60 million this year. That’s money earned and invested in the state of Michigan.

This is the leading edge of a virtuous cycle. A recent report using data from 1.2 million inventors, “Who Becomes an Inventor in America? The Importance of Exposure to Innovation,” noted that exposure to innovation at an early age is a causal factor in becoming an inventor. A lack of exposure leads to the “lost Einstein” effect.

It doesn’t end there. Continued exposure through higher education plays a role as well, with that same report ranking Michigan Tech sixth among public and private universities in the nation, and the number one public university in the nation for inventors per 1,000 students. That innovation creates jobs for many others.

But again, the picture is bigger than that. Throughout my career in higher education, both as an educator and administrator, I’ve had conversations with countless parents about their children’s decision to go to college. While every parent wants their child to find a good job and contribute to society, they also want their children to lead fulfilling lives.

The Glengariff Group recently conducted a statewide survey for the Michigan Association of State Universities to gauge resident views on higher education and four-year degrees. Parents who participated in the survey were asked what was most important to them when it came to their children’s future careers. Forty-two percent said the most important goal is that their children find rewarding work. Getting a good education ranked second at 12.4 percent. In a separate question, more than 64 percent of all respondents (not just parents) said that a four-year degree is the best route to a fulfilling career.

Psychologist Barry Schwartz argues that people have an innate need to be valued. While we all work to make a living, most of us want our work to be about more than money—we want to feel like the work we do means something, even if we’re not in the job of our dreams. Schwartz contends that before the industrial age, people probably didn’t reflect much on whether their occupations were fulfilling, because work like farming and carpentry constantly provided new challenges and learning opportunities. Work was interwoven into their daily lives on a psychological as well as a physical basis.

With the advent of the assembly line, however, people began to do the same thing over and over again, with little opportunity to engage, address challenges and learn. Part of the reason, Schwartz says, why we want fulfillment so badly now is because it’s been missing for many of us for more than 200 years. These are thoughts to keep in mind as we look to a future that promises automation.

Create the future of higher education

As a university president, it’s been my job to imagine the future. Almost daily, I’ve had to consider how the decisions made today will impact the University 10, 20, even 30 years down the road. And for at least a decade, thought leaders in higher education (and almost every other sector) have been contemplating a future in which automation consumes many of the jobs humans perform today. Indeed, in Rise of the Robots: Technology and the Threat of a Jobless Future, Silicon Valley entrepreneur Martin Ford warned that machines are coming for the high-wage, high-skill jobs as well.

How do we prepare the coming generations for what many see as an inevitable reality? The answer is in higher education.

In other words, we can avoid the mistakes of the past that Schwartz describes. Automation cannot strip away the value of the human, and universities can and must ensure that one’s fulfillment and purpose are valued concepts in this brave new digital age.

We need to be equipping students not only with technical skills, but with social smarts and critical thinking as well—like interpersonal skills, social engagement, problem solving and the ability to innovate. Traditional education is based on lectures, but research shows that students learn more and better when they can get involved and engage with problems that have no right or wrong answer—but they do have a best answer. When students interact with their peers, are given the freedom to be creative and use critical thinking skills, incredible things happen.

Learning is a social process. Students need to bounce ideas off each other and constructively disagree. They need multiple points of view. That’s why—in a country where only 19 percent of the engineers are women—we need to continue our efforts to diversify our faculty and student body.

Kanwal Rekhi, a recipient of our Distinguished Alumni Award in 2000, once reminded me that one of the reasons the U.S. prospered so well in the early 20th century was because it compelled K-12 education for every student. He also suggested that the next country to ensure access to higher education for all would be the next to see similar growth and success. While I’m not suggesting we compel post-secondary education for all students in the US, I am saying that the world needs more educated people. Why shouldn’t our country provide them? 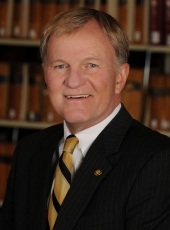