Kautzer has qualified for the Biathlon Junior World Championship US women’s team for the fourth year in a row. The championship will be held February 26-March 4 in Otepaa, Estonia.

More than 50 athletes competed last month at the US Junior/Youth World Championship Trials in Coleraine, Minnesota, with 15 making the junior and youth men’s and women’s teams.

“I'm very excited to represent not only the US, but also Michigan Tech on the world stage,” Kautzer said. “I look forward to the competitions as I feel like my ski speed has increased under Tech's new coaching staff.”

“Amanda is an outstanding biathlete turned cross-country skier, but this year she is putting her focus on cross country skiing and the NCAA championship,” explained her coach, Tom Smith. “We are incredibly proud of her for winning a spot on the US Biathlon Junior World Championship team. It just shows how talented she is, excelling as a biathlete, a cross-country skier and an all-around student athlete.”

Kautzer is a second-year biomedical engineering major and a member of Michigan Tech’s Nordic Ski Team. She competed in the Biathlon Youth World Championship team last year, qualifying by placing first in the sprints, crossing the line with a time of 30:10.1. During high school, she was national champion in the Classic Sprint. A three-time All American, she won Conference and Sectional Champ in 2015.

Kautzer is from Plymouth, Minnesota. Daughter of Bradley and Julienne Kautzer, she graduated from Benilde-St. Margaret's School. 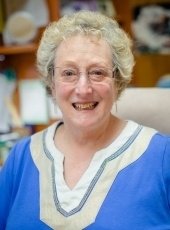 Jennifer Donovan is a freelance writer in Houghton. She served for 11 years as director of news and media relations at Michigan Tech. She has worked as a newspaper reporter, national magazine writer and public information officer for universities and research organizations. She loves the UP, snow and all.