Memristors: Making a New Generation for Digital Memory and Computation

Memristors are a new class of electrical circuits—and they could end the silicon era and change electronics forever. Since HP first developed a working prototype with a titanium dioxide film in 2008, engineers have sought to perfect the model.

Now, researchers at Michigan Technological University have made an ideal memristor based on molybdenum disulfide nanosheets. Yun Hang Hu, the Charles and Carroll McArthur Professor of Materials Science and Engineering, led the research, which was published in Nano Letters this January. 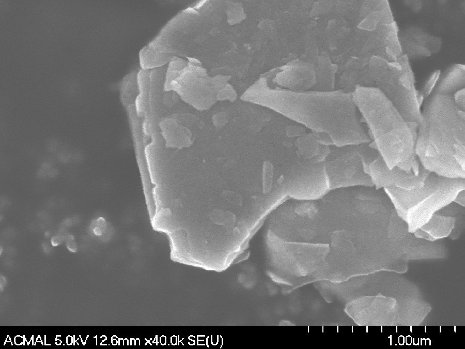 Transistors based on silicon, which is the main component of computer chips, work using a flow of electrons. If the flow of electrons is interrupted in a transistor, all information is lost. However, memristors are electrical devices with memory; their resistance is dependent on the dynamic evolution of internal state variables. In other words, memristors can remember the amount of charge that was flowing through the material and retain the data even when the power is turned off.

Additionally, a transistor is confined by binary codes—all the ones and zeros that run the internet, Candy Crush games, Fitbits and home computers. In contrast, memristors function in a similar way to a human brain using multiple levels, actually every number between zero and one. Memristors will lead to a revolution for computers and provide a chance to create human-like artificial intelligence.

“Different from an electrical resistor that has a fixed resistance, a memristor possesses a voltage-dependent resistance.” Hu explains, adding that a material’s electric properties are key. “A memristor material must have a resistance that can reversibly change with voltage.”

His research revealed that molybdenum disulfide nanosheets are promising for memristors. The material’s success comes down to engineering atomic structures. 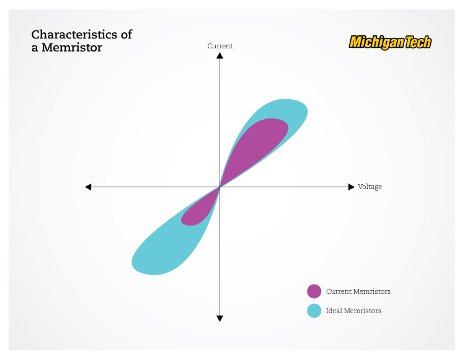 An ideal memristor is symmetrical. The relationship between current and voltage is even, rounded and equal in both quadrants. In reality, memristors usually show lopsided current-voltage characteristics. However, Hu’s molybdenum disulfide memristor does show the ideal symmetry. This will make the material more predictable and consistent as it is developed for use in electronics.

To get this symmetry, Hu and his research team started with bulk molybdenum disulfide, also known as the mineral molybdenite that used as an industrial lubricant. They then manipulated the atomic, structural arrangements, referred to as different crystal phases. The bulk material with a 2H phase works well as a regular resistor, and to make it a memristor, the team peeled back the molecular layers. This exfoliation process creates molybdenum disulfide nanosheets with 1T phase. The nanosheets with1T phase exhibit a reversible change in resistance relative to voltage—necessary for a memristor. The researchers finally dispersed nanosheets on the two sides of a silver foil to form a symmetric memristor.

“This material is in the very beginning stages for this application,” Hu says, adding that new materials and better memristors could radically change the way computers are built. It will start with smaller and faster computer chips, but then he gestures around his office. “These memristor materials will be very versatile, and someday, this white board and that coffee cup could be computers."

And having a symmetrical memristor material brings us closer to that day.