MTRI has successfully implemented a three-node software-defined radio (SDR) system that records 25 MHz of bandwidth continuously on each node for up to 120 seconds. The system is capable of synchronized recording at sites separated by several kilometers via GPS-based synchronization. The SDRs provide the capability to continuously record and playback RF signals within the one MHz–six GHz frequency spectrum. SDRs can also be used for spread-spectrum and cognitive radio applications. 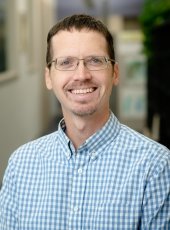