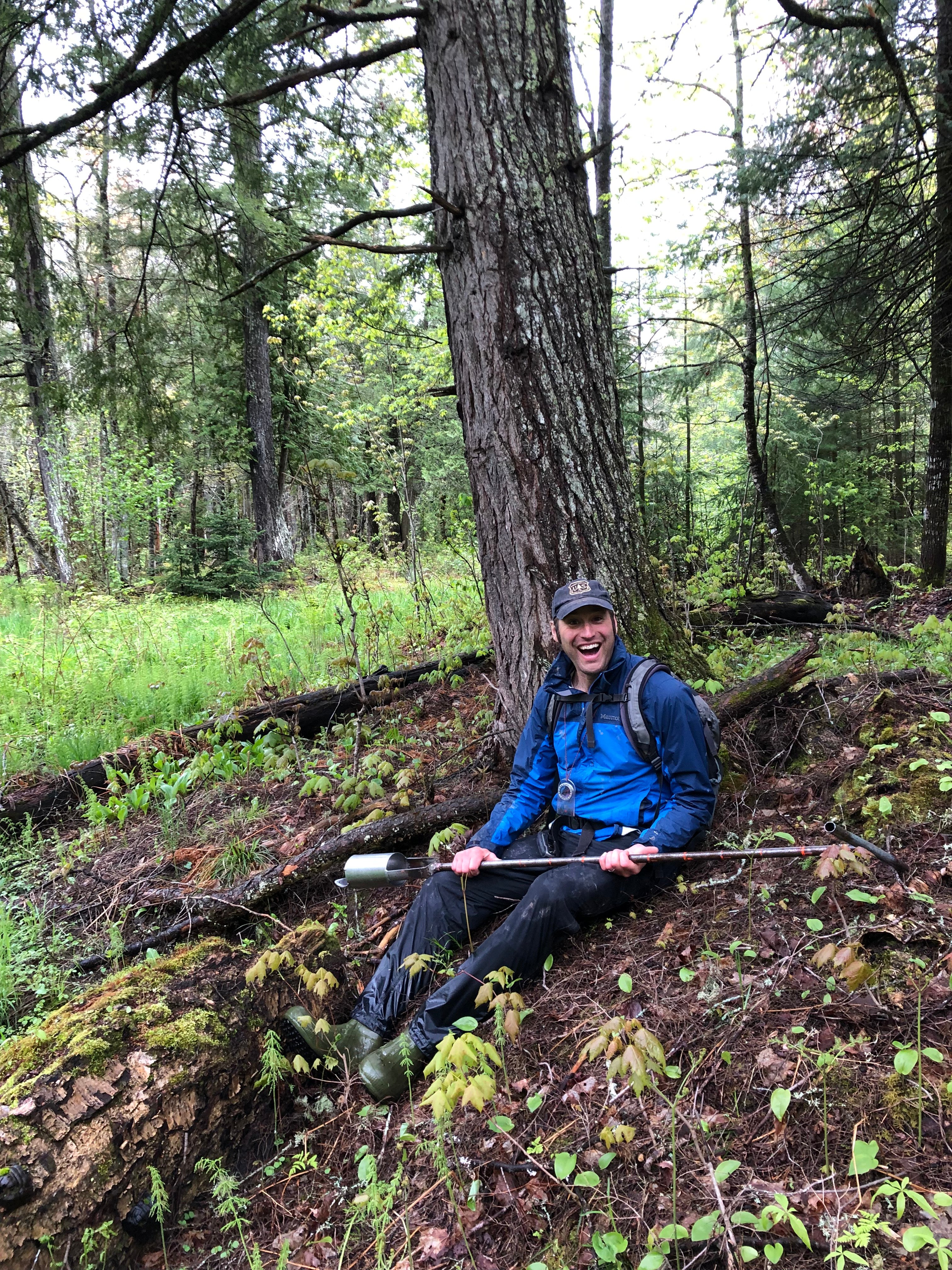 "Knowing what thou knowest not is in a sense omniscience."
—Piet Hein

I study how forest ecosystems take up and store carbon, as influenced management and inherent
constraints such as soil properties and biogeochemical cycling. Most of my research is at the interface between pure science, such as investigations of soil organic matter stabilization, and applications, such as the role of best management practices (BMP’s) in protecting soil carbon during harvesting. All of my research is collaborative, and I conduct it through a combination of site-level field studies around the Lake States and using data synthesized from larger, wider sources such as literature reviews, national soil survey and forest inventory programs. As a staff scientist with the Northern Institute of Applied Climate Science, I also devote considerable efforts to the science communication and outreach efforts that NIACS does to co-create and implement climate adaptation and carbon management tools for landowners and managers.