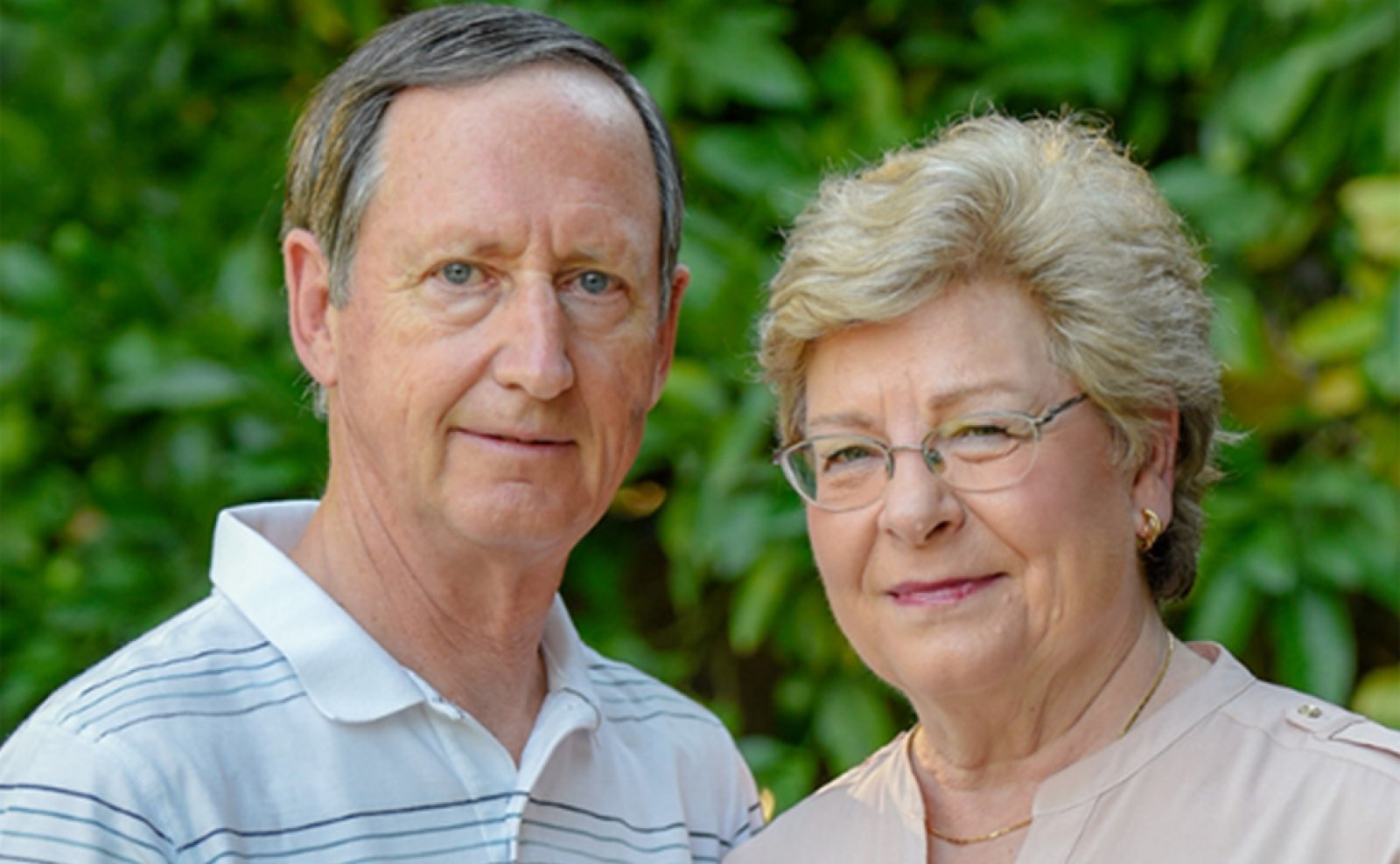 A Building with WOW Factor

Richard and Joyce Ten Haken '70 recently gave a million-dollar gift toward the construction of a new signature building for the School of Business and Economics.

"A building with wow factor that could be used as a recruiting tool to draw the best professors and the best students."

Two of Michigan Tech’s most loyal donors may now rarely experience the Upper Peninsula’s bone chilling winters and legendary snow from their college days. They moved more than 2,000 miles from the campus that inspired their extraordinary generosity. Although their home is now in sunny Yuba City, California—a place with exactly zero annual inches of snowfall—a part of their hearts remain in Houghton, Michigan.

More than four decades ago, a few years after graduating from MTU, Richard and Joyce Ten Haken ’70 put down roots in the rural West Coast community, where they still live with their beloved Doberman Pinscher, Ziva. But the memory of their time together at Michigan Tech still resonates—especially as they approach their 50th wedding anniversary. “We had a very positive impression of Michigan Tech,” says Richard. “I went there right out of high school to study engineering. I transferred briefly to a college in my home state of Wisconsin to study business, but I liked Tech so much I came right back and convinced Joyce to join me. We married halfway through college.“ He fondly recalls the ski trails right outside married student housing where they lived as newlyweds. “We loved the beauty of Upper Michigan and the four seasons.”

After college Joyce put her MTU degree to work, establishing a successful career as a Certified Public Accountant. She now runs the largest public accounting firm in Yuba City. Richard is retired after a long career, as first a US Air Force pilot, then as a commercial airline captain. Although he didn’t use his business degree directly, Richard says he “got a foundation for my whole adult life; especially the quality of education both Joyce and I received from Michigan Tech.”

"A modern, state -of-the-art facility would attract positive attention and match the quality of the education it provides.

That’s a big reason why the Ten Hakens have chosen to give substantially to their alma mater. For 20 years, the couple has underwritten scholarships for students. About a year and a half ago, they established two faculty fellow positions in business—one designated for accounting/finance and the other for any deserving faculty member. Most recently, the Ten-Haken scholarship was awarded to accounting faculty Peng Guo and Dan Eshelman, who also happen to be married. Their gift has supported the acquisition of databases to conduct research in accounting, finance, and management, and has boosted experiential learning in business and accounting.

After many years of consideration, and a number of conversations with Dean Johnson, the Ten Hakens recently gave a million-dollar gift toward the construction of a new signature building for the School of Business and Economics. Richard says, "We'd love a building with a wow factor—a place that could be used as a recruiting tool to draw the best professors and the best students. Functionally, the current building is inadequate. A modern, state-of-the-art facility would attract positive attention to the SBE and help make its appearance match the quality of the education it provides. First impressions are important." Michigan Tech has made substantial facility improvements over time, such as the award-winning Rozsa Center for Performing Arts. According to the Ten Hakens, it's time to turn the spotlight on the School of Business and Economics. 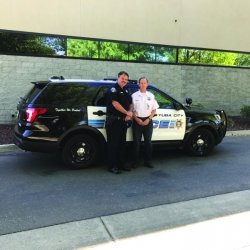 At the heart of Ten Haken's generosity—whether measured in dollars, time, or service to the community—is a desire to give back as gratitude for the many blessings they have received in their own lives. 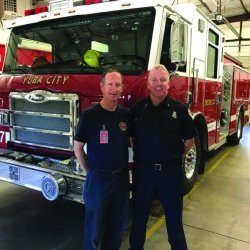 Richard volunteers for the local police and fire departments, where he puts in 50 hours each month.

Back home in California, Richard and Joyce dote on Ziva and still grieve the recent loss of their American Kennel Club champion, Kayla, a dog so beautiful people would stop their cars in the middle of the street to compliment her.  They've had dogs since 1975, first Mini Dachshunds, then a series of five Dobermans, three of which were AKC champions.

Richards appreciates that showing their beloved dog is among the few things that draws Joyce away from her demanding job. Although they enjoy annual pre- and post-tax season vacations, both stay very busy. Richard spends his days volunteering for the local police and fire departments, where he puts in 50 plus hours per month.

"I do all the things I'm qualified to do, wo they can do the things they're qualified to do." As a self-described "law and order guy," he enjoys the camaraderie and the opportunity to make life a little bit easier for the city's law enforcement officers and firefighters.

At the heart of the Ten Haken's generosity—whether measured in dollars, time or service to the community—is a desire to give back as gratitude for the blessings they have received in their own lives. Richard explains, "We feel an obligation to contribute to the community to the extent we can." Sometimes that means directing traffic in Yuba City, and sometimes it means leaving a legacy for generations to come, who will always know and appreciate the Ten Haken name.