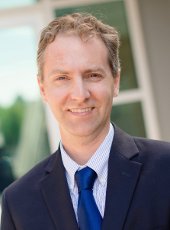 Odegard has authored or co-authored over sixty technical journal articles and four book chapters, and has been involved in over one hundred conference presentations. According to Google Scholar, his publications have been cited over 4,000 times in the technical literature. His research has been funded by NASA, the Air Force Office of Scientific Research, the National Science Foundation, the National Institutes of Health, Mayo Clinic, Southwestern Energy, General Motors, REL, and Titan Tires. As a PI and co-PI, he has been involved in externally funded research projects totaling over $21 million.