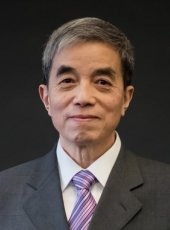 After graduation from XMI, Xintan began his career in Pucheng, Shaanxi Province, China, in 1969 at Baidi Coal Mine as a Miner, Mining Technician, and Mine Ventilation Engineer. He experienced the hardships and dangers in Chinese coal mines for 11 years, during which time several fellow miners lost their lives due to the hazardous conditions.

In 1980, Xintan passed the national exam conducted by China Ministry of Education and was selected as a Chinese Government supported scholar to come to the USA in 1981. While with Michigan Tech, he developed the Transient State Mine Ventilation Simulation Program MFIRE for US Bureau of Mines as the coauthor and assistant of the late Professor Rudolph (Rudy) E. Grueur. MFIRE has gained widespread recognition and is still the most popular mine fire ventilation simulation software in the world.

After earning his PhD from Michigan Tech, Xintan returned to China in 1988 to join the Xi'an Mining Institute as an Assistant Professor, later becoming an Associate Professor in 1990, and full Professor in 1993, with research interests focusing on mine ventilation, mine/civil fire simulation and fire-fighting, public safety, and safety management. He obtained a National Reward due to his representative achievements in underground civil fire ventilation research and simulation in the 1990s.

Xintan resides in Xi'an, Shaanxi province, China, with his wife of 45 years YunZhi, a retired B-scan ultrasonography doctor. Xintan and Yunzhi are the proud parents of two sons, Zheng and Liang, both graduates in Mechanical Engineering from Michigan Tech. Xintan and Yunzhi are the proud grandparents of two grandsons and one granddaughter. In his spare time, Xintan enjoys traveling and unique culinary experiences.