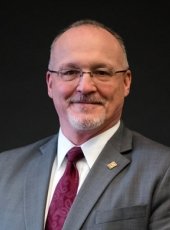 Thomas Bronz graduated from Michigan Tech in 1989 with a BS degree in Mechanical Engineering. He earned an MBA from the J.L. Kellogg School of Management at Northwestern University in 2005.

After graduation, Tom joined Motor Wheel Corporation in Lansing as a Product Engineer in the passenger car and light truck braking business. He worked with SAE and the Detroit OEMs evaluating alternative materials including asbestos-free linings and lightweight metal matrix composites for foundation brakes. In 1991 he took on the assignment of benchmarking worldwide brake drum and rotor manufacturing in conjunction with Ford, Chrysler and Nissan. Motor Wheel then established a joint venture with Kiru Machine to manufacture brake drums and rotors in Monterrey, Mexico where he was appointed the leadership role of Project and Engineering Manager. The facility and manufacturing processes he installed were the first operations in Mexico granted full approval by Chrysler on the first supplier quality review.

In 1997, Tom joined Neway Anchorlok International as Product Manager for the suspension controls business. In this role he helped develop and commercialize ceramic valve technologies in mechanical control valve applications. The business was later sold to the Swedish braking technology company Haldex, where he took on the leadership role as General Manager of Suspension Controls. In 2004 he was selected to participate in the Haldex International Executive Program hosted by IFL at the Stockholm School of Economics.

Tom combined his passion for fishing and boating with his product development leadership skills when he joined Brunswick Corporation in 2006. As Director of High Performance Product Development he helped implement a more rigorous and thoughtful product development process across the recently acquired and more entrepreneurial freshwater boat group. In 2007, he led the development of a new fiberglass product line for the Lund Boats brand. That project relied on his keen understanding of the consumer durables market, strong dealer relationships and a deep appreciation for the voice of the customer in product development. The fiberglass product line remains a success for Lund even today.

In 2010, Tom returned to the commercial vehicles market to turn around a small company for private equity. Sloan Transportation Products needed its product development portfolio re-energized following the recession and the P&L needed to be separated from a sister business. By July of 2014, the business had been converted to a successful stand alone, sold to a competitor and integrated into the P&L of a third, competitive acquisition.

In 2014, he was hired at Hadley Products as President and CEO. This role brought him back to the suspensions controls business with a long-time competitor, but relied on his organizational and interpersonal skills to transform the business while replacing an outstanding President who had led the company for 30 years. In this role he divested a specialty truck and bus mirror business and consolidated a fledgling rail interiors business into a single facility.

Tom came full circle and re-joined SAF Holland as Director of Aftermarket Sales in 2016. SAF Holland combines the industry leader in trailer disc braked axles from Europe, with the overwhelming leader of fifth wheel and coupling technologies in North America and the truck and trailer suspension products from Neway that Tom came to as a Product Manager back in 1997. He is working to support the largest fleets and dealers in North America, as they demand service parts for the installed base of Holland Hitch and Neway suspensions.

Tom resides in Holland, Michigan with his wife Susan and their two children. Their daughter Hanna is an accomplished equestrian who recently competed at the USEA American Eventing Championships. She will be studying pre-pharmacy in 2018. Their son Kurtis is destined to be an engineer and will graduate high school in 2022. Both are members of the National Honor Society and active in the community volunteering for various organizations.

In his spare time, Tom enjoys Michigan’s great outdoors while fishing and hunting with his family. He is a licensed U.S. Coast Guard Master Captain and occasionally finds time to fill in for Salmon and Steelhead charter captains on Lake Michigan.