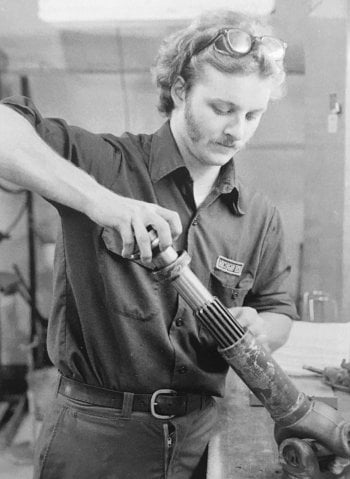 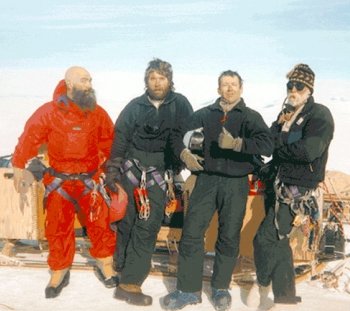 The Keweenaw Research Center (KRC) is a multidisciplinary research center of Michigan Technological University (Michigan Tech) that is active across a broad spectrum of vehicle development. Originally established by the US Army for deep snow mobility testing, KRC has been involved in military, industrial, and commercial vehicle applications for over 60 years.

KRC maintains more than 900 acres of proving grounds, specifically developed for the evaluation of ground vehicle systems. In addition, the KRC possesses the infrastructure and personnel to properly care for and evaluate vehicles and vehicular components.

As part of the University, the KRC is a not-for-profit academic entity with an educational mission. Staffed by full-time personnel, the KRC draws upon the expertise and resources within the University community to provide diverse research and educational opportunities.

To generate and conduct externally funded research in science and engineering in support of the University's overall educational mission.

Starting out as a field station for the Snow, Ice, and Permafrost Research Establishment (SIPRE), the Keweenaw was chosen by the Army Corps of Engineers due to the high amount of dry, lake-effect snow, as well as proximity to shipping lanes and the nearby airport. When SIPRE was closed to become part of the US Army Cold Regions Research and Engineering Laboratory (CRREL), the station was taken over by the US Army Tank Automotive Center (ATAC). Due to the rugged and widely varying terrain of the Keweenaw, the Keweenaw Field Station excelled at testing military track, something the KRC still does today.

Later, the ATAC asked Michigan Tech to maintain the facility. Renamed the Keweenaw Research Center, a team of university faculty and full time staff continued vehicle research at the facility. Due to academic responsibilities and differences in work schedules, project activities at the center began to suffer. In order to fulfill their obligations to the ATAC, the KRC adopted their current method of hiring full-time researchers for long-term projects.

In the 1980s, long after ATAC had become TACOM, the KRC was given its first major research project: designing a new track for the M1/Abrams. Afterward, increasingly larger military projects started to flow into the facility, as well as commercial efforts from clients such as Michelin, GM, and Chrysler.

In 1985, the Institute for Snow Research (ISR) was founded to take advantage of the 20 feet of snow the Keweenaw gets on average annually. Since its formation, ISR employees have routinely traveled to Antarctica and have worked closely with its sister organization, CRREL. As politics changed and research moved towards testing in desert climates, the ISR expanded snow research to include the recreational industry.

In the early 1990s, TACOM reconsidered its need for a field station, and Michigan Tech formally purchased the facility.