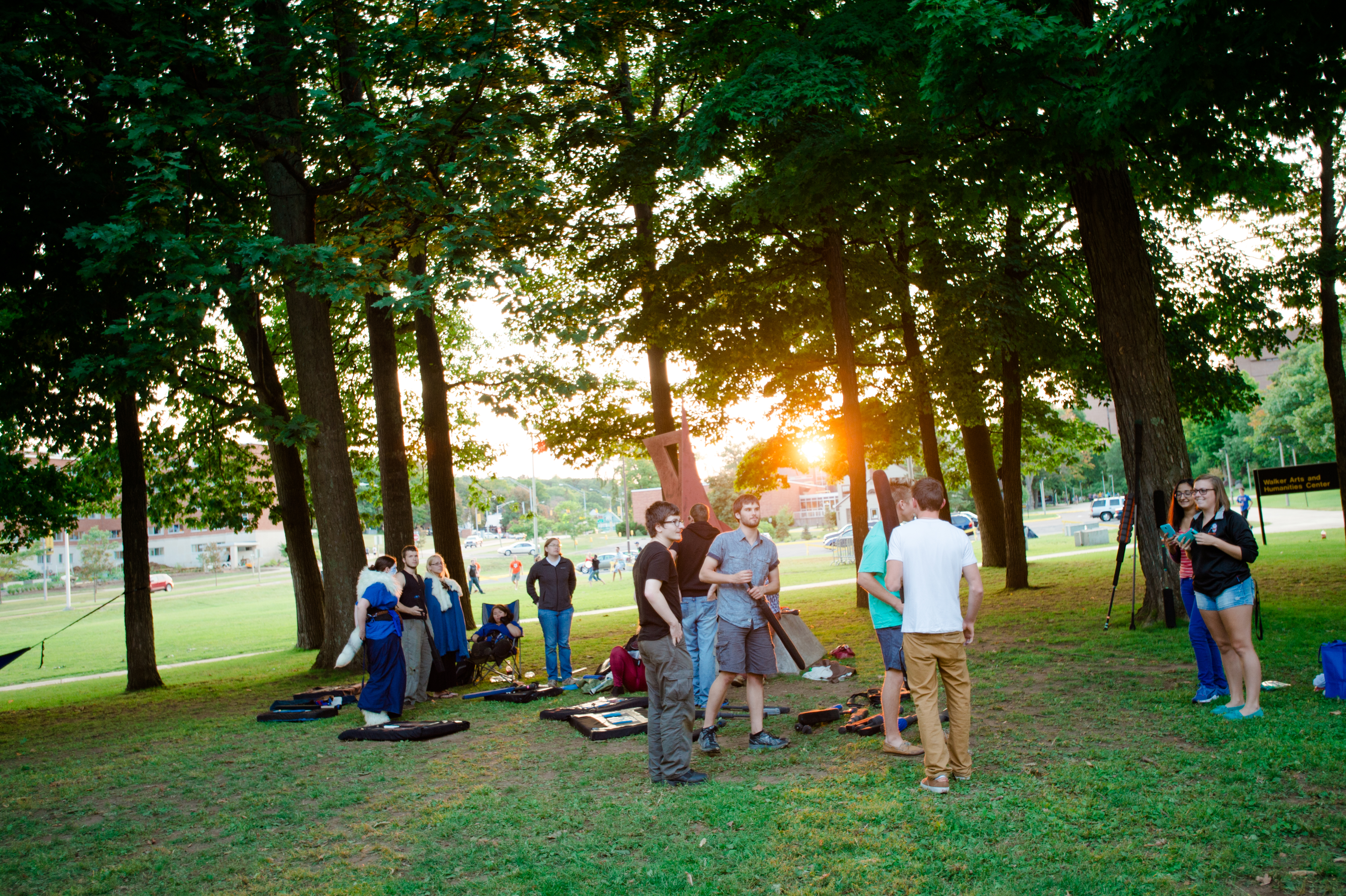 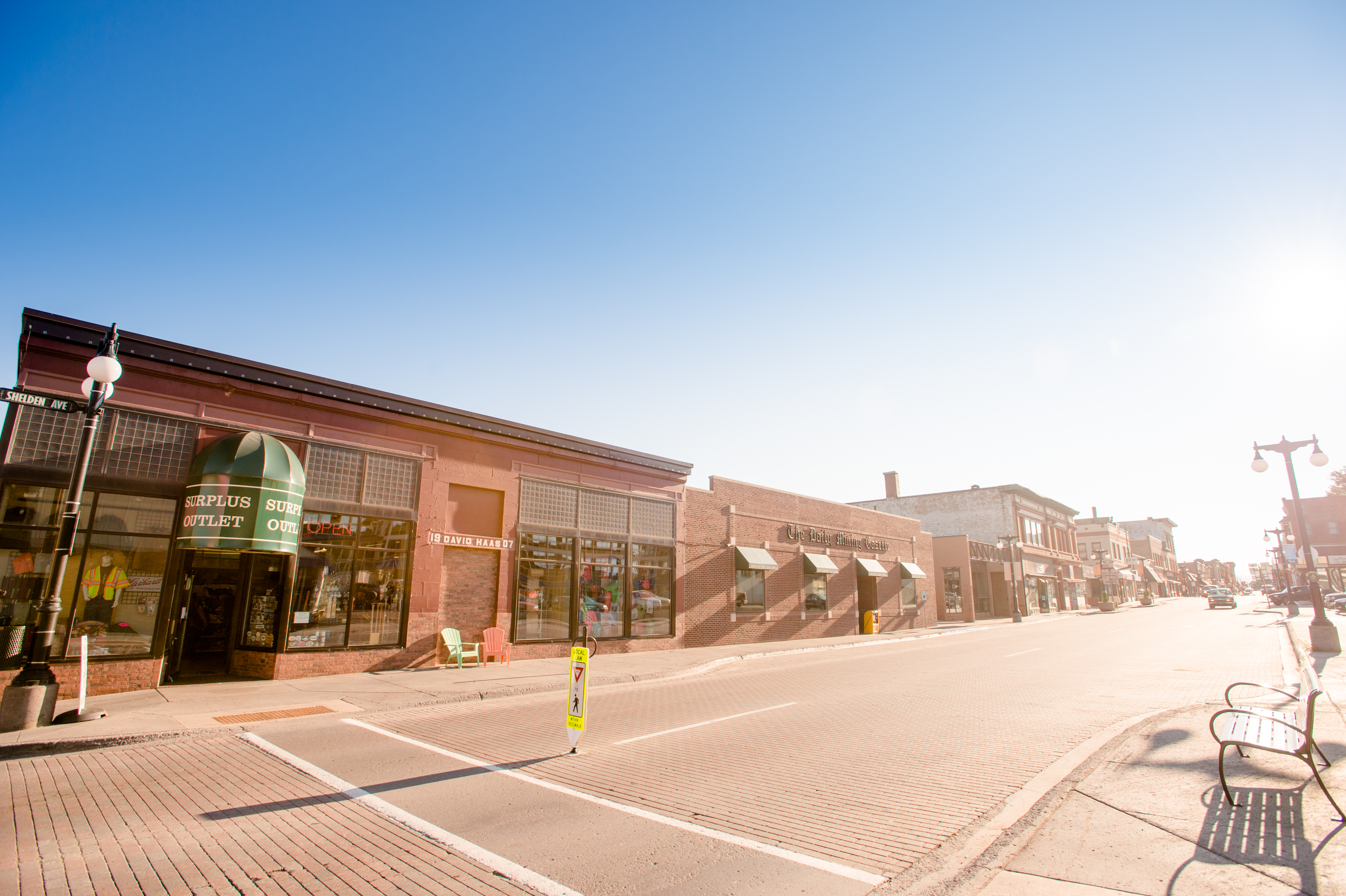 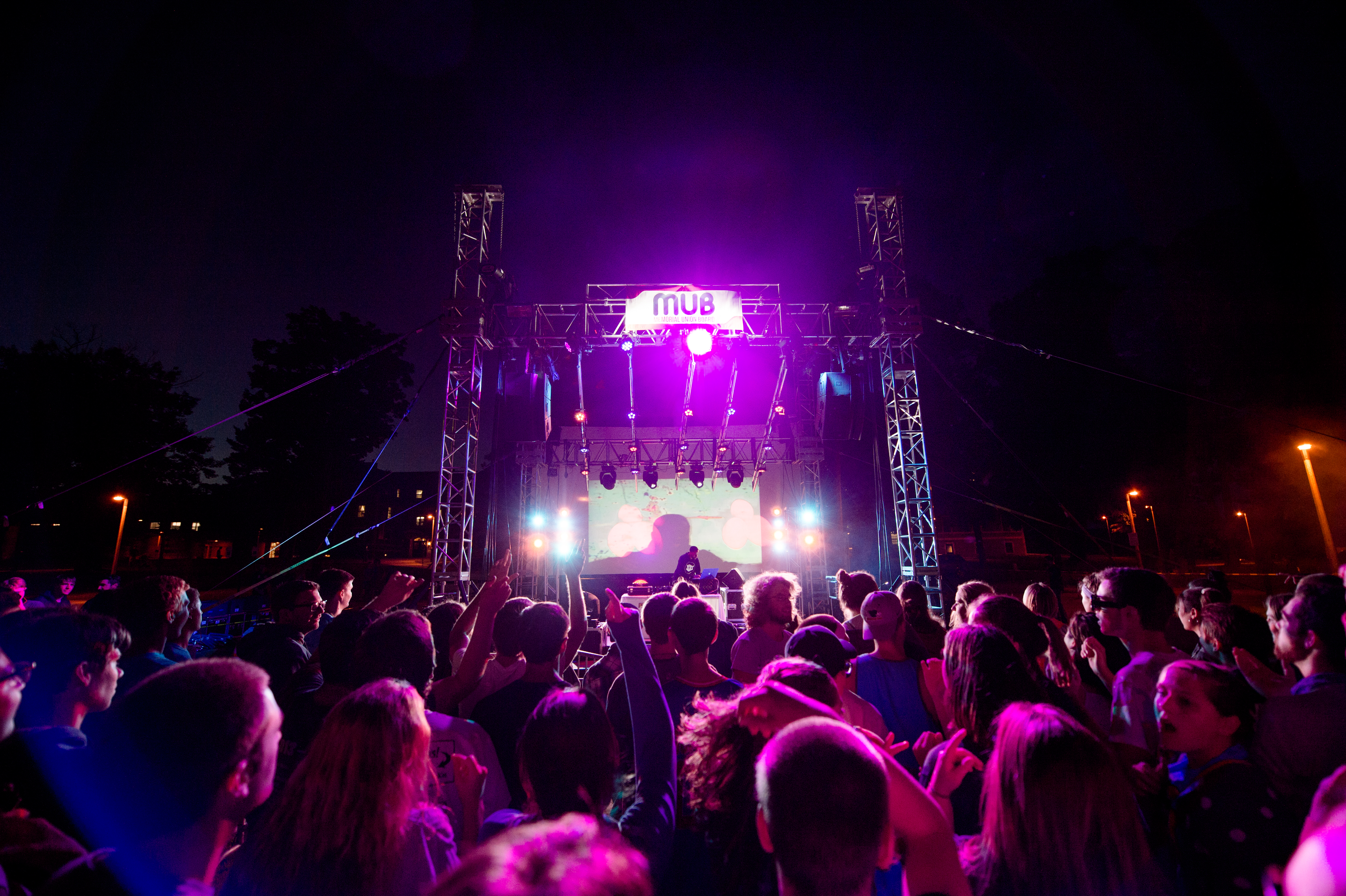 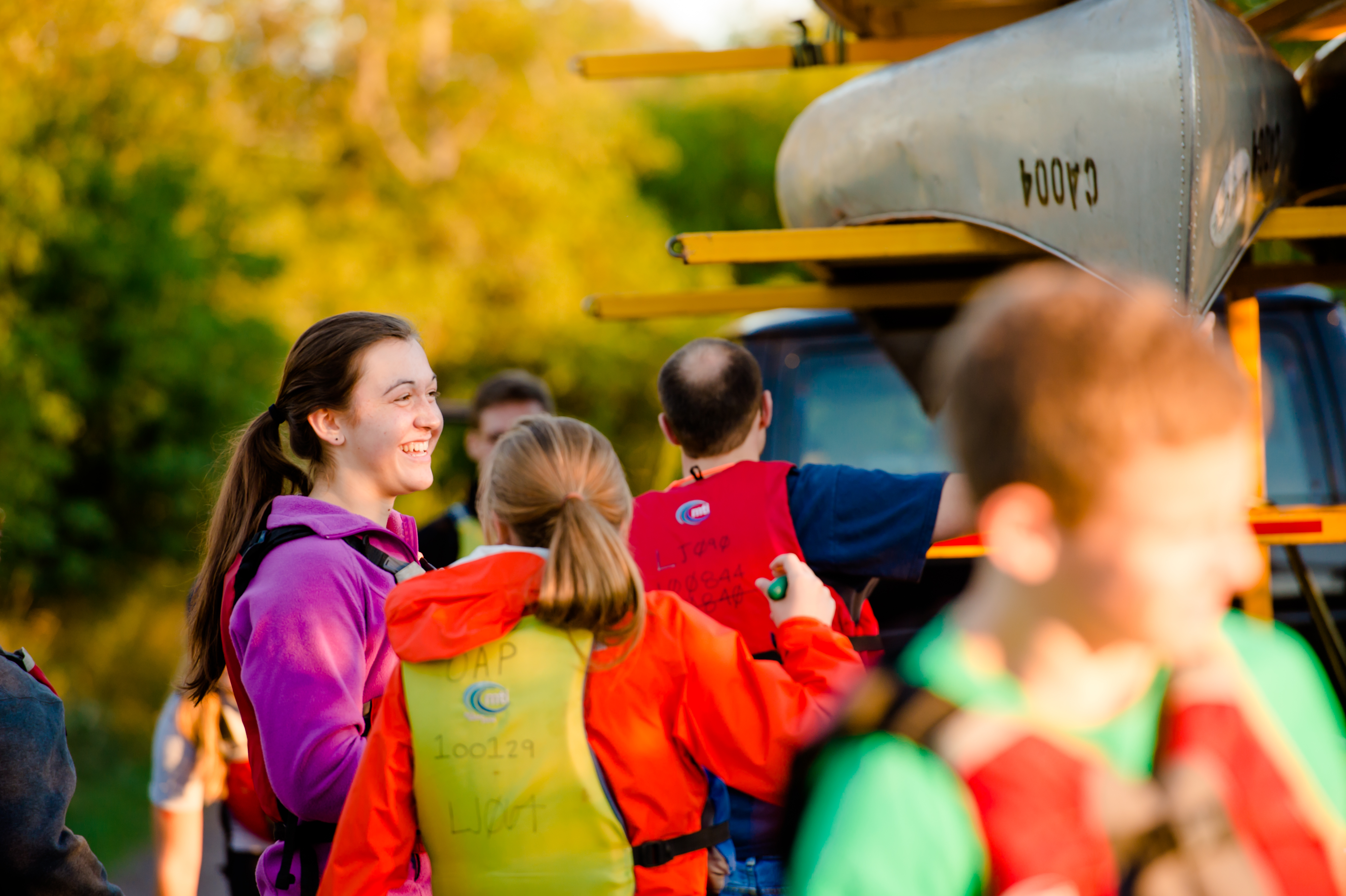 I don’t want to say that summer is actually over—I’ve had such a busy summer that it feels like I’m still waiting for Memorial Day. I did the math, in fact, and I’ve traveled close to 9000 miles in these last three months. Time quite literally flew by.

But the proof that summer is over is all around us this Labor Day (yes, it is Monday afternoon as I’m typing this). College Avenue is full of pedestrians and cars. There actually are a few minutes of rush hour. And looking out the windows of any academic building near the top of the hour as the sidewalk traffic builds to a level that seems impossible, that’s the real clue that it’s fall.

The temperature is still warm, of course—it always manages to be in the 90s when students come back, just to make the classrooms nice and comfortable—and this Friday is K-Day, so there’s still time to play under the sun.

What I love the most is to see these students getting out and exploring. Being able to explore is so much of what makes Tech what it is. And it’s the beginning of the process for our first-year students discovering who they are, too.

It’s one of those ways where I’m lucky to be part-time faculty. In our online system we get a list of everyone in our classes, including their ID photos. This year I’m teaching first-year students, so that’s simple. They actually look like their photos. But I’ve taught a few upper-division courses, and those ID photos from years earlier have such little resemblance to reality.

And this week is kind of the start of that. K-Day is that chance to see all of the activities and groups on campus. They’ll meet a lot of people as they continue to be on that road to who they are, a road I guess we’re all on as we travel along.

Last issue I asked you what you would say if you were handed the commencement address in a hurry. There’s a great response down in the email bag, and it’s exactly that thought about our students: that winding path to becoming who we are.

Check out the Superior Ideas project below for a weather station on the western shore of the Keweenaw. This seems like an essential thing to me, though if we’d rather spend 1000 times as much, we could just change the project to buying me a house on the shore and I’ll check the weather. Probably not going to happen, that.

Athletics are fully back in action, and I’ve tried to include as much information as possible. Make sure to check out their social media channels to keep up, especially the videos they post on a regular basis.

I did have the great joy of announcing the mountain bike race in Copper Harbor this past weekend. I’ve been fortunate enough to do this for the last decade, and it’s great to see so many Tech alumni there. If you haven’t been up to Copper Harbor in the last five or six years, their trail system is—not joking—ranked as one of the top five in the world.

Late update: we had an incredible aurora up here last night. I shoot on film, so I won’t get the chance to develop film until this evening, but there are some great shots out there.

And finally, Career Fair is just around the corner, a time when I know we welcome so many of our alumni back to campus. It’s really the second alumni reunion of the year with hotels jammed nearly to Marquette. It looks like it’ll be another record-breaking year this year, the SDC bursting at the seams with employers hungry for employees. I hope to see some of you up there.

Payscale.com ranks schools based on the median . . . [ Full Story ]

For the second time in less than three years, Michigan Technological University’s Pavlis Institute for Global Technological Leadership has entered into a partnership with a college in India. In June, Lorelle Meadows, dean of Michigan Tech’s Pavlis Honors College and Mary Raber, assistant dean of academic programs in the College, traveled to Virudhunagar, in South Indian . . . [ Full Story ]

Wines and food from around the world are on the menu during Parade of Nations Week this year. The 26th annual Parade of Nations and Multicultural Festival are on Saturday, Sept. 19, and the Hancock Rotary Club is sponsoring its second annual fall wine tasting event on Thursday, Sept. 17 at the Finnish American . . . [ Full Story ]

Weather usually arrives in the Keweenaw from the west, but there are no weather stations along the windward shore of the peninsula to monitor current conditions.

This project plans to expand the existing environmental monitoring network to improve the understanding of regional climate conditions.

Fans can get live video and statistics in the same portal with options for high definition and standard definition.

HOUGHTON, Mich. — Michigan Tech jumped out to a 20-2 lead and held on for a 20-15 victory over Wayne State in both teams’ season opener at Sherman Field tonight. The Huskies held the Warriors on downs at midfield in the final minute of

The jersey, which is based on the design of the white Boston Bruins jersey, is similar to the black uniforms introduced before

MARQUETTE, Mich. — Michigan Tech officially opened its 2015 cross country season at the UP Championships hosted on Northern Michigan’s campus today. The men finished first of two teams while the women were second of three squads.

WINONA, Minn. — Michigan Tech held a 2-0 lead late in the first half but couldn’t hold it. The Huskies fell at Winona State 3-2 in both teams’ season opener tonight.

The Huskies earned their lone win at No. 2 doubles, where Emilia Tenizbaeva and Allenca Rolim claimed an 8-6

MARQUETTE, Mich. — Michigan Tech wrapped up a 4-0 weekend with a pair of 3-0 wins today. The Huskies knocked off Lake Superior State in a morning match before sweeping Cedarville tonight.

ST. CLOUD, Minn. — Michigan Tech scored twice in the first 13 minutes and added another goal early in the second half for a 3-0 win at St. Cloud State today. Lexi Herrewig scored her third goal of the season, and the Tech

Last issue I asked you what you would say at commencement. For so many of our students, the question of what comes next is already answered, and that’s down to the contact they’ve had with industry well before they walk across the stage.

Many of you will be here before too much longer for Career . . . [ Full Story ]

Looks like you’ve really settled into your role as the editor of the alumni publications, I know that I have continued to enjoy your e-mails and stories.

It’s one of my favorite ways to keep in touch with my MTU and Upper Peninsula Roots now that I’ve moved away to Texas for work.

Kevin: I vividly recall the delicious Persian Rolls that were served at the Student Union snack bar.  They were a good quick breakfast or just a comfort food picker upper.  The other comfort food available at the Union was their great grilled cheese sandwiches and tomato soup.

As a Michigan Tech graduate, you qualify for a special group rate on many of your personal insurance needs. Visit http://www.mtu.edu/alumni/benefits/ for details