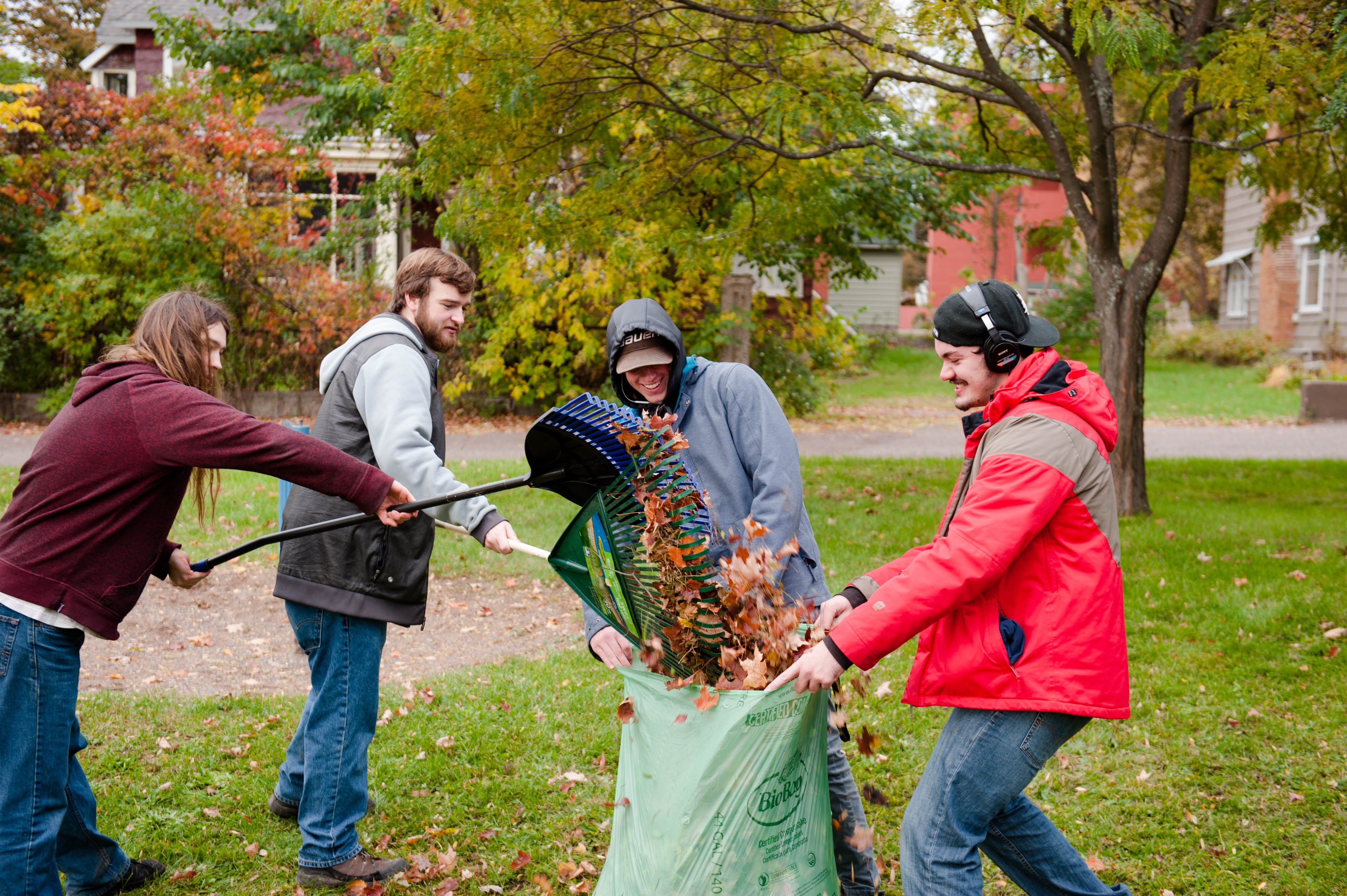 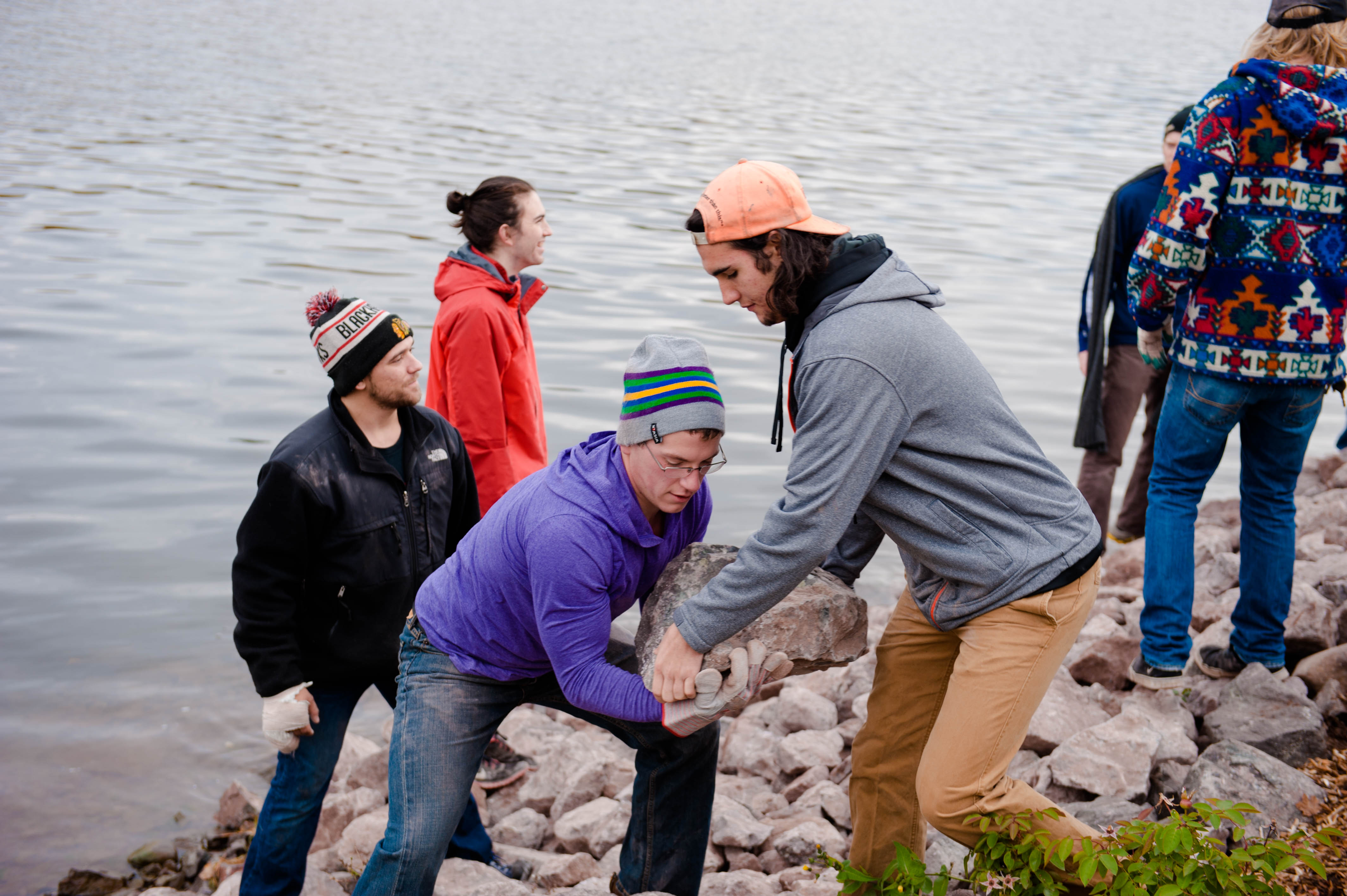 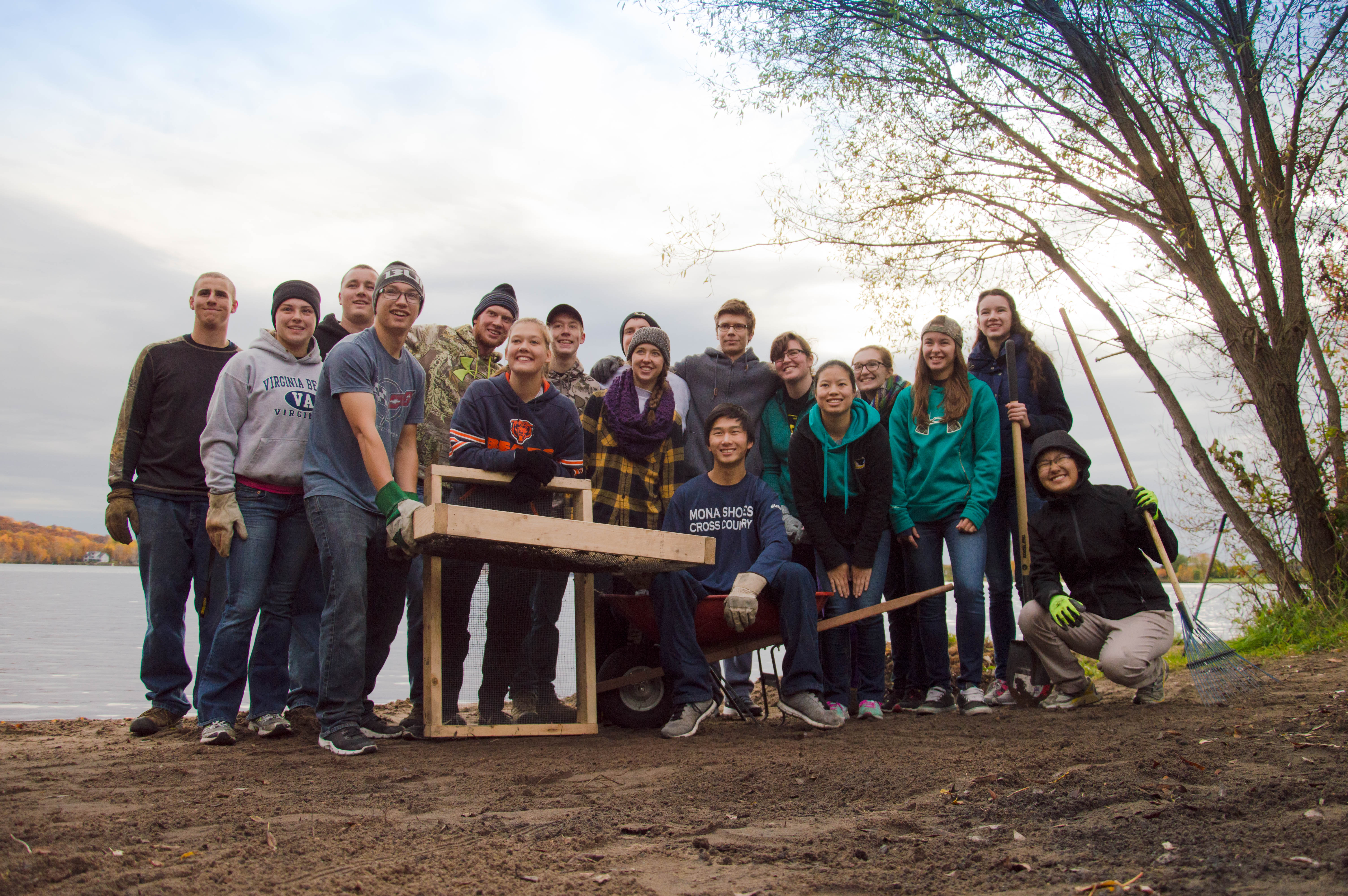 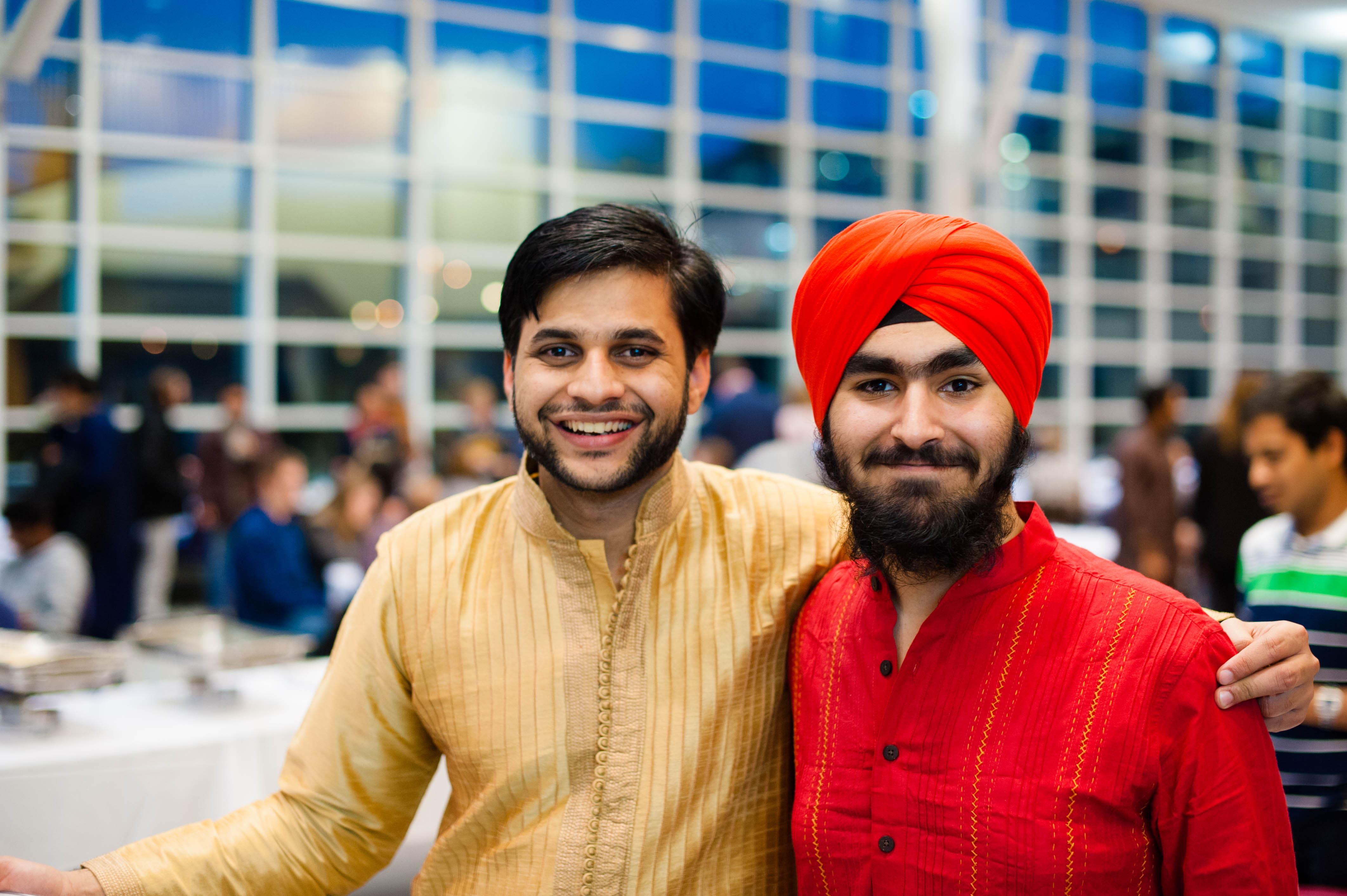 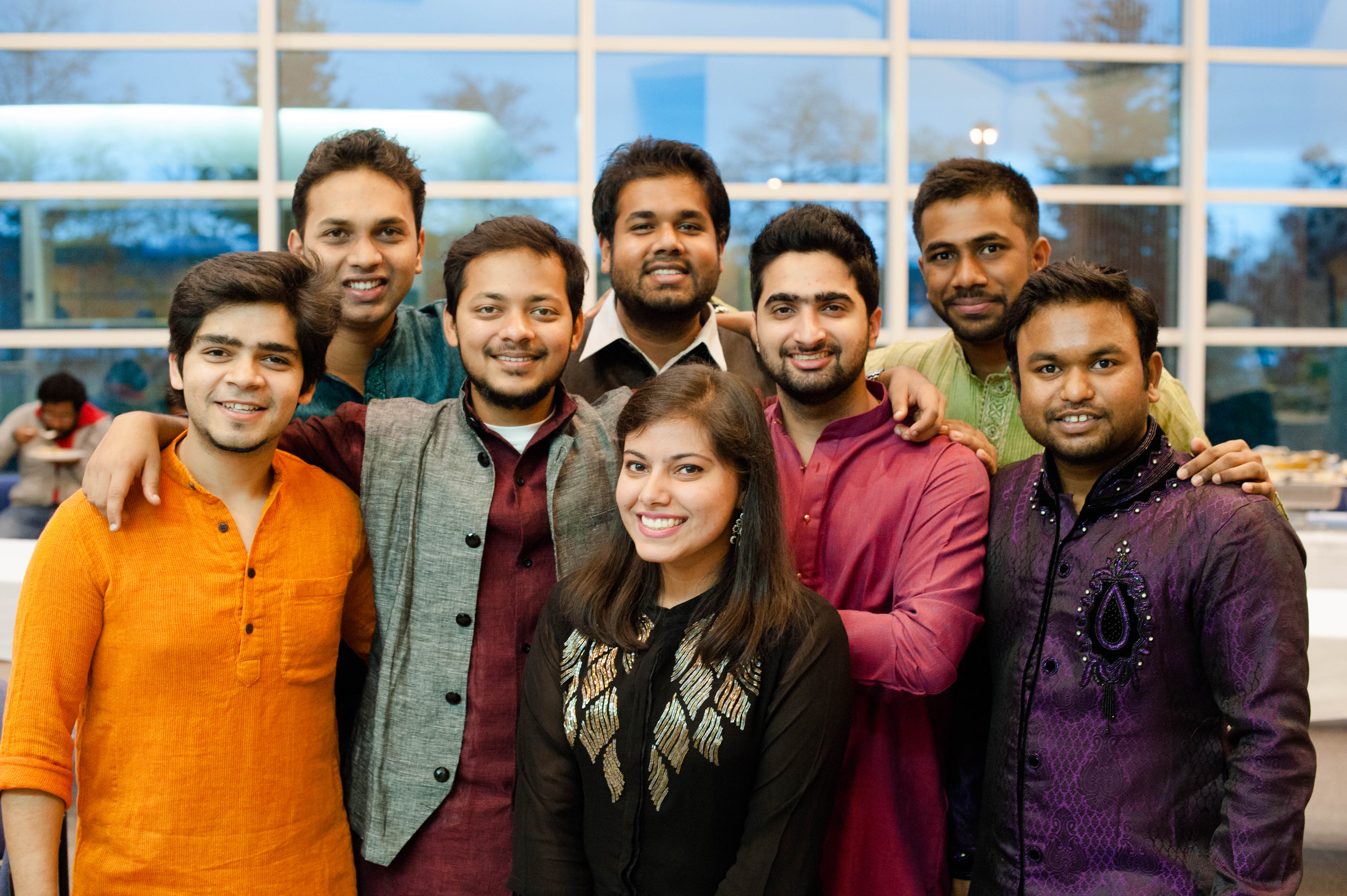 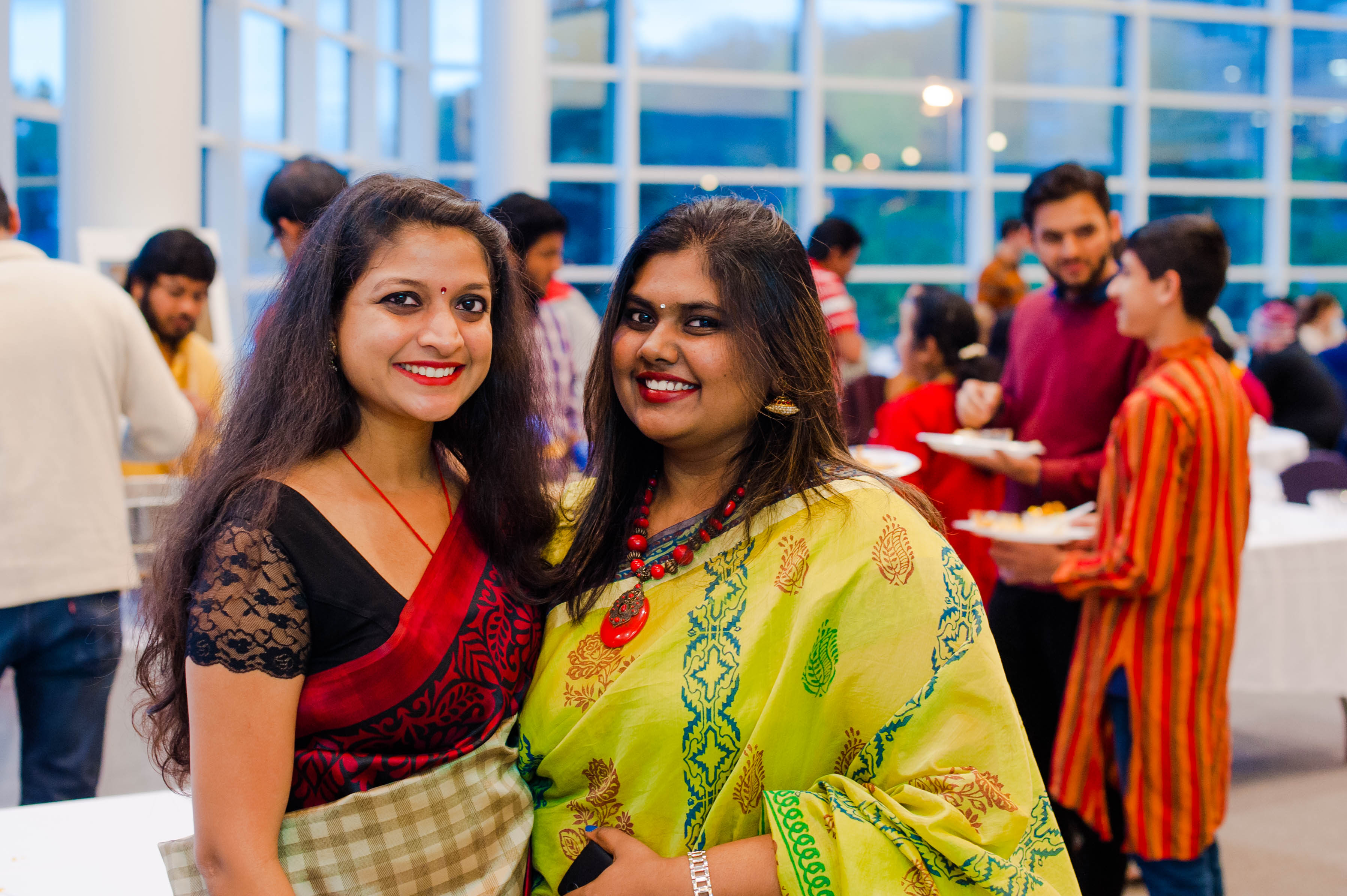 Every few months, we like to highlight some of the press we’re getting. From wolf-moose studies on Isle Royale to professor Stephen Hackney weighing in on Samsung Note 7 batteries, Tech continues to garner great stories and attention. See the links below.

Also, our students are making the last push to Thanksgiving. The run from early October to the first big break of the year is a long one. It’s likely been a little easier with the beautiful weather we’ve had lately. Or maybe that’s just made it even tougher to study.

Finally, if you have a few minutes, check out the mailbag this week. Over 30 alumni checked in with stories of their favorite professors and the stories go all the way back to the 1930s. Impressive stuff and likely to spur your memory as well so please send us your stories!

Have a great rest of the week!

Voice of America reported on Isle Royale National Park and the wolf-moose predator-prey study conducted by Michigan Tech researchers there.

Bridge Magazine, a webzine published by the Center for Michigan, ran an article titled “Is College Still Worth the Cost?” The story mentioned Michigan Tech in a section on college costs and mid-career earnings headed “University Return on Investment.”

Crain’s Detroit Business published a news article about Michigan Tech being chosen as a regional EPA finance center. Michigan Radio aired an interview on the same topic with Tim Colling, director of the new center, and WBUP TV 10 did a story about the center.

STEMBlog and STEMConnector published an opinion piece by computer science professor Linda Ott about the need for computer science education for all. Ott is former chair of the Department of Computer Science and associate dean for special initiatives in the College of Sciences and Arts.

Tech Century, an online news site published by the Engineering Society of Detroit, ran a story about Michigan Tech’s first Women in Automotive Engineering program. Funded by Fiat Chrysler Automobiles, the program brought talented high school girls to Tech this summer to learn about careers in automotive engineering. It was part of the University’s Summer Youth Programs.

MLive, a statewide news service, reported that Joe Berger, a 2005 Tech alumnus and player with the Minnesota Vikings in the National Football League, is the starting center for the Vikings.

Science360, a science news website published by the National Science Foundation (NSF) featured the synthetic DNA research of Professor Shiyue Fang (Chem) as one of its “Headlines.”

John Jaszczak, a professor of physics, knew that something was very unusual about the mineral specimen he was examining under the microscope of a Raman spectrometer in the basement of Fisher Hall at Michigan Tech.

On a hunch, Jaszczak decided to look into it further. The diagnostic studies with Raman spectrometry and scanning electron microscopy . . . [ Full Story ]

On Friday, October 28, MTRI celebrated 10 years of growth and success.  There were speakers, tours and demonstrations at MTRI’s Dave House Center in Ann Arbor.

When MTRI opened, it had 24 employees.  That number has ballooned to more than 60.

Funded entirely with “soft” or contract money—not a penny of state appropriations goes to . . . [ Full Story ]

Like pioneers on the forefront of western expansion, Richard Stanley and pure mathematicians like him explore the unknown, abstract world to find what exists at the edge of mathematics. And it just so happens that their work matters for more mundane tasks like remodeling the bathroom.

Tech’s College of Engineering and Department of Materials Science & Engineering also ranked well. MSE placed in the top one-third at 273rd and engineering overall was 356th of the 1,000 universities ranked.

As a whole, Michigan Tech ranked 676th out of the top 1,000 research universities worldwide, tied with Chongqing University in China and the . . . [ Full Story ]

Michigan Tech students and alumnae enjoyed a lively meetup in Philadelphia as part of the Society of Women Engineers annual conference WE16 the weekend of October 28.

Key Highlights from the conference include Michigan Tech alumna and current University of . . . [ Full Story ]

On November 1 alumni and friends met up at the new HopCat in Kalamazoo for casual social.

The Pioneering Women in Business scholarship supports female leaders who embrace hard work and embody strong ethics who are leaders in and out of the classroom. Learn more about how you can help to cultivate the next generation of bright, motivated female business leaders.

The 44-member Superior Wind Symphony under the direction of Mike Christianson will be performing concerts at a number of high schools around the UP November 15-17.

The Marquette Alumni & Friends chapter hosted a tailgate on Saturday, November 5 before cheering the Huskies football team into an overtime Miner’s Cup victory. A big thank you to volunteers Erica McCone and Mary Koski for organizing the event!

Lynne graduated from Michigan Tech in 1991 with a BS in Medical Technology and a Secondary Science Teaching Certificate. She went on to complete a Medical Technology Certification Internship at William Beaumont Hospital in Royal Oak, before earning her PhD in Immunology and Microbiology from Wayne State University School of Medicine. She studied under Nancy . . . [ Full Story ]

The Michigan Tech football team outlasted Great Lakes Intercollegiate Athletic Conference rival Northern Michigan University in overtime 51-45 to keep the Miner’s Cup. In a game that seesawed back and forth the entire day, junior running back John Williams dove into the corner of the end zone from nine yards out on the final . . . [ Full Story ]

The Michigan Tech men’s and women’s cross country teams both placed in the top half of the standings at the NCAA Division II Midwest Regionals on Saturday. The Tech women turned in a 12th place finish out of 32 teams while the men landed in 13th out of a 31 team field.

The Michigan Tech hockey team earned a nonconference series split at Michigan State with a 5-1 victory Saturday (Nov. 5) at Munn Ice Arena. Mark Auk and Reid Sturos each had a goal and an assist, five different Huskies scored, and goaltender Angus Redmond had 17 saves.

Kirsen Hudak headlined the group by being named the GLIAC Goalie of the Year in addition to earning a spot on the All-GLIAC First Team. . . . [ Full Story ]

HOUGHTON, Mich. – The Michigan Tech football team had three players earn spots on the CoSIDA Academic All-District First Team where the honors were announced Thursday afternoon. Defensive lineman Evan Mayer, wide receiver David Walter, and punter Ryan VanGoethem were all honored for their outstanding efforts on the field and in the . . . [ Full Story ]

College hockey is a truly special experience in every sense of the word; and, at its essence, are the passion and pride of student sections. This week, we are proud to honor Mitch’s Misfits – the longstanding Michigan Tech student group that this week took their spirit to Yost Ice Arena in Ann Arbor – . . . [ Full Story ]

It was sunny and in the 60s this past weekend. Calendar said November. Temps said Labor Day.

However, it’s coming. We all know it. It’s just a matter of when.

If you take your Keweenaw snow total seriously (and don’t we all?) enter the Yearly Snowfall Contest.

Thanks for your weekly Alum newsletter … always filled with tales that bring back memories.

When I was recruiting for 3M on campus back in the mid to late 80s I recall the students in Wadsworth Hall blasting their speakers from their windows with Queen’s “Another One Bites the Dust” as the first-year . . . [ Full Story ]

Show your Husky pride everywhere you shop, dine, and travel.

The Michigan Tech Visa® Rewards has UNLIMITED Earnings! Watch your rewards add up even faster when you earn up to an additional 2,500 bonus points every quarter with 2 percent and 3 percent rewards for purchases in select categories!