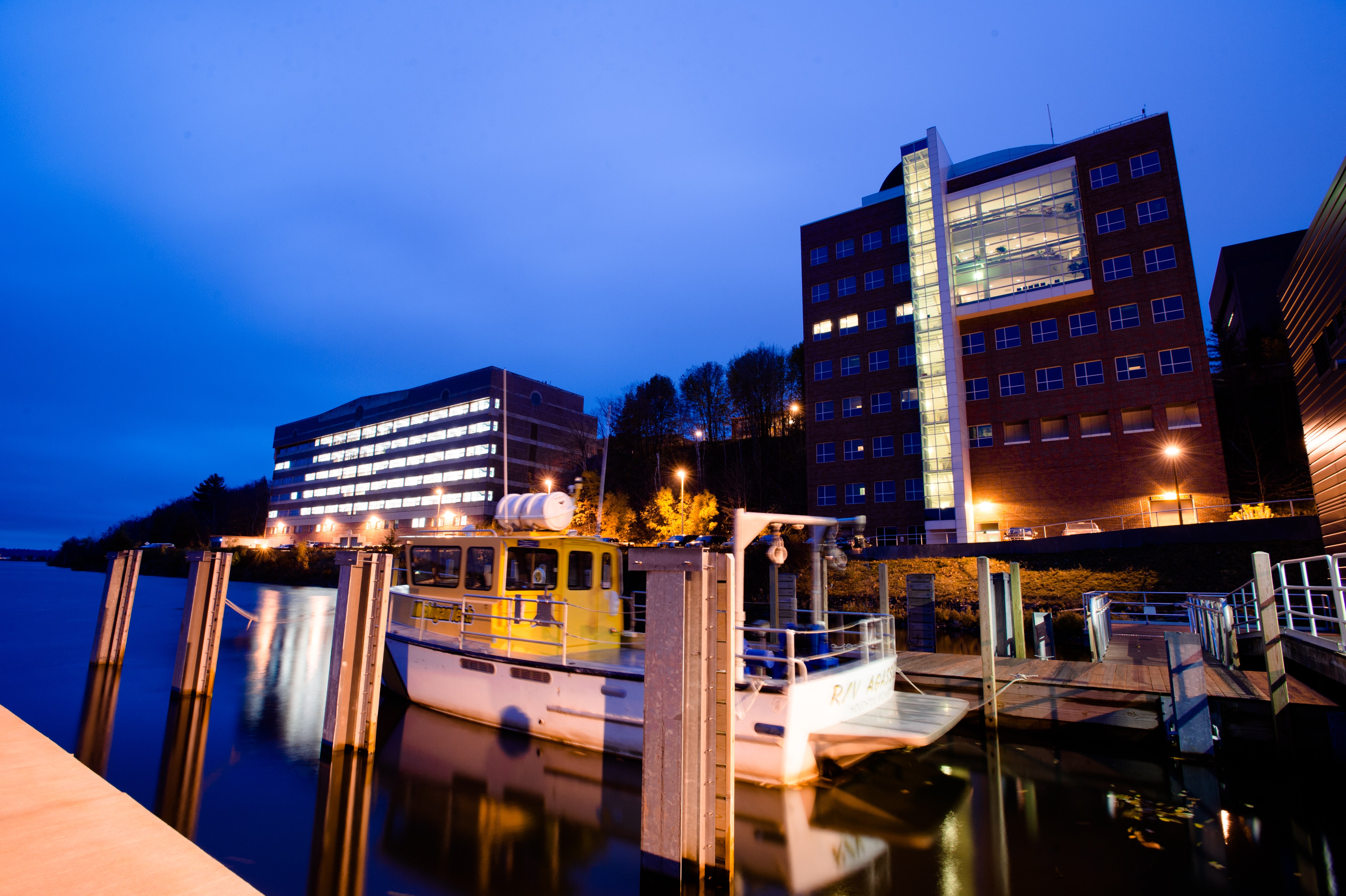 It's almost time to pull the Agassiz out of the water for the winter. 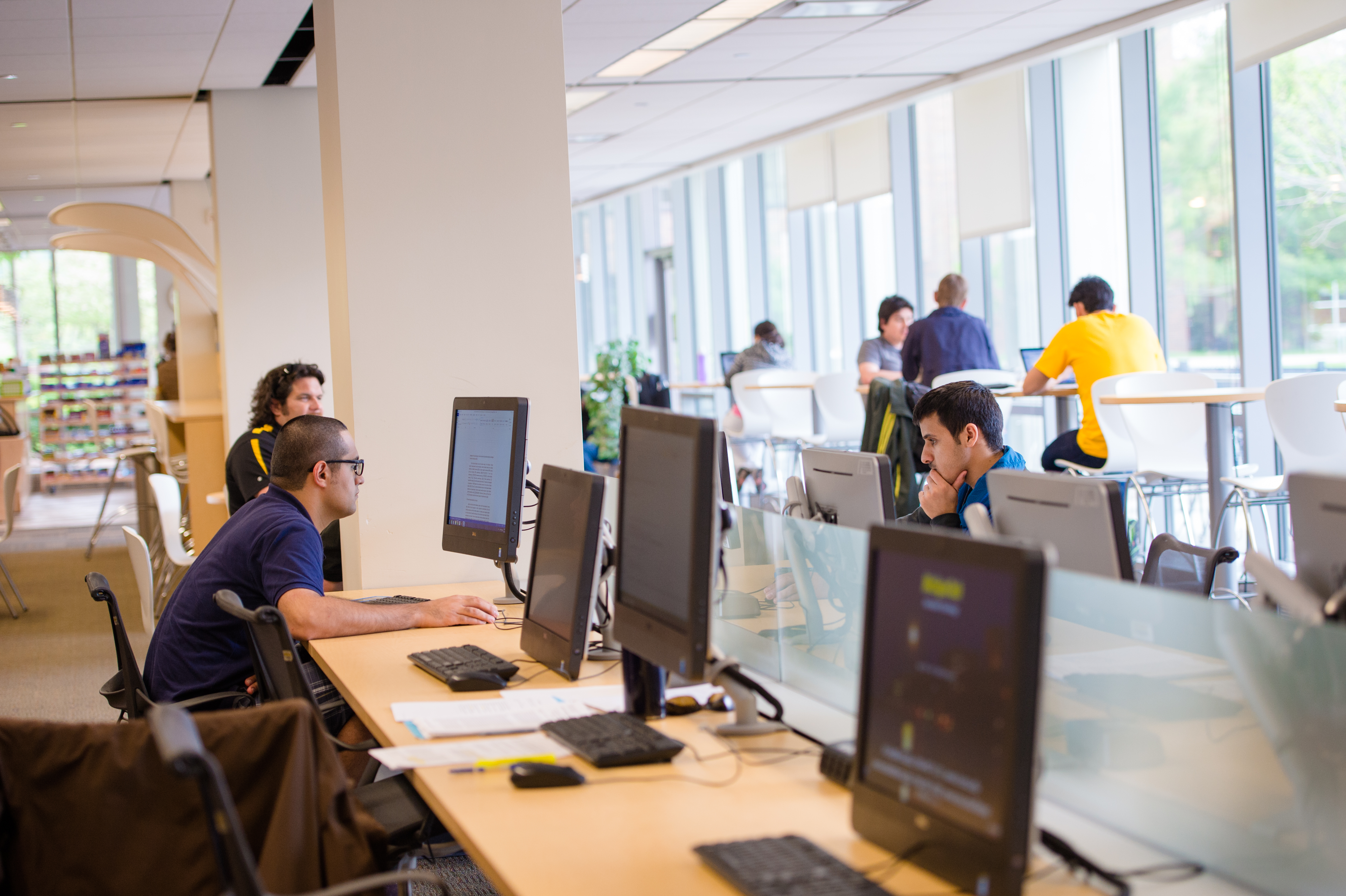 The library has become quite the active hub on campus, with computers and coffee complementing the books and reference materials. 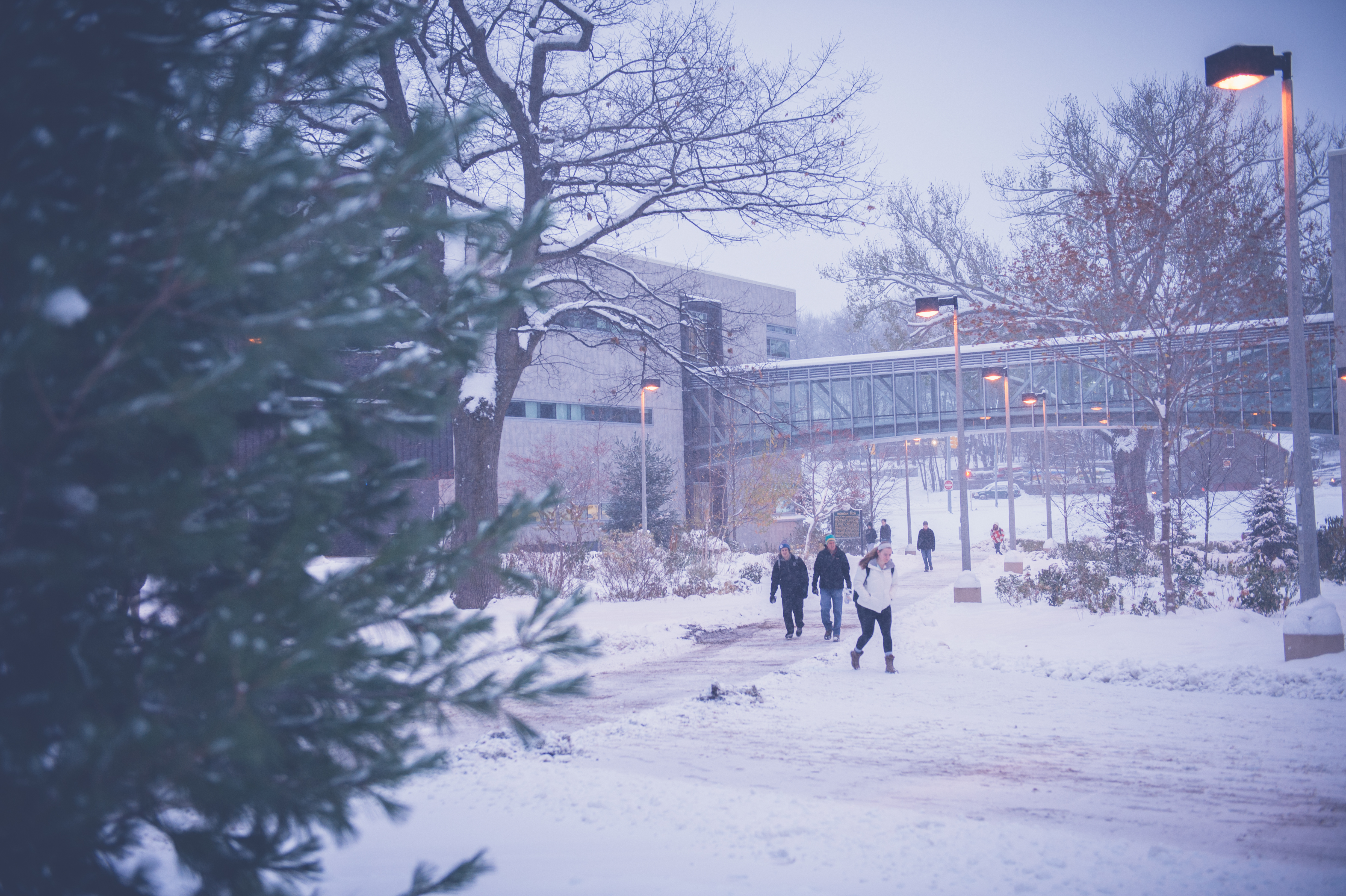 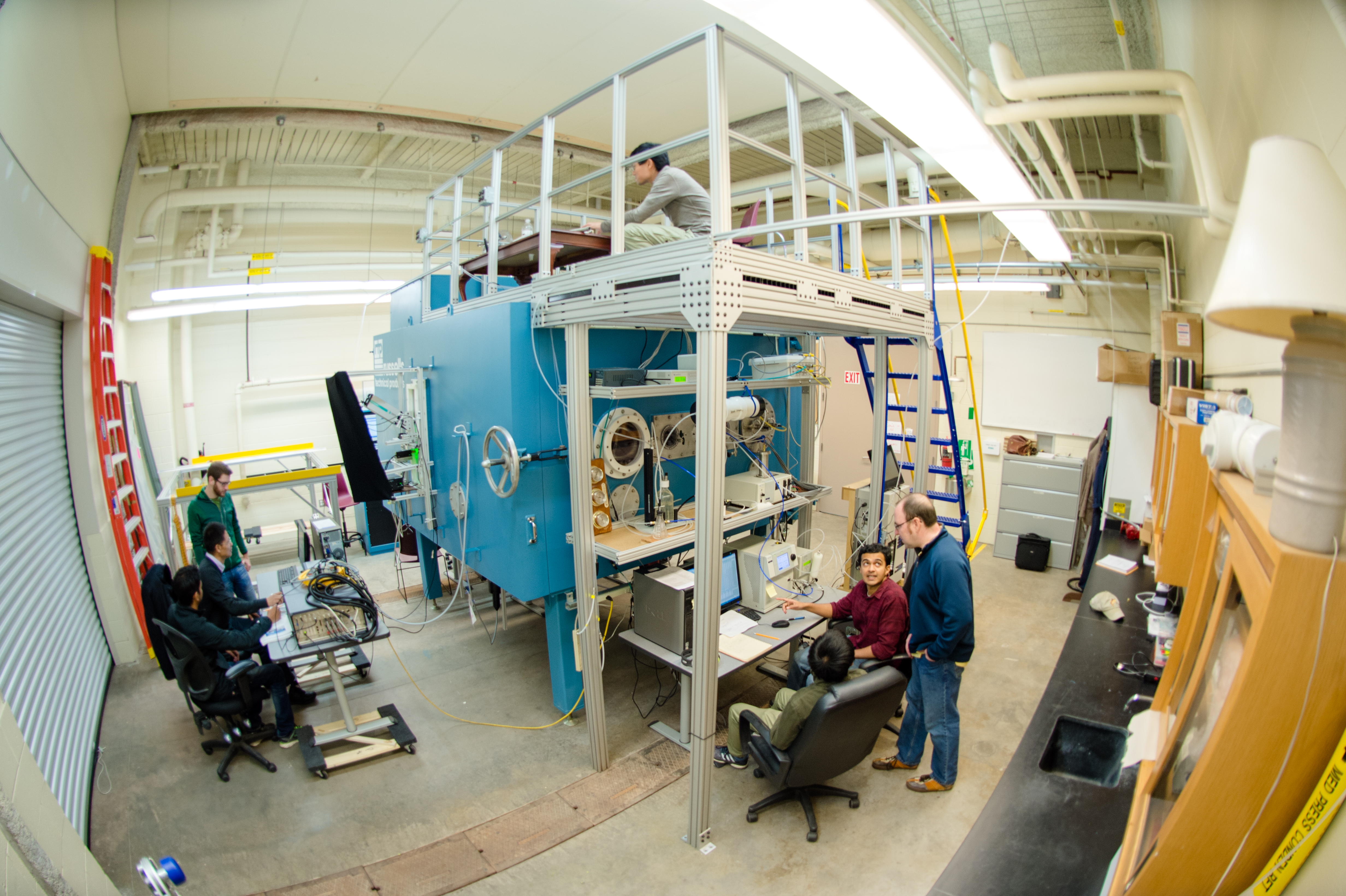 Our very own weather machine: the cloud chamber. 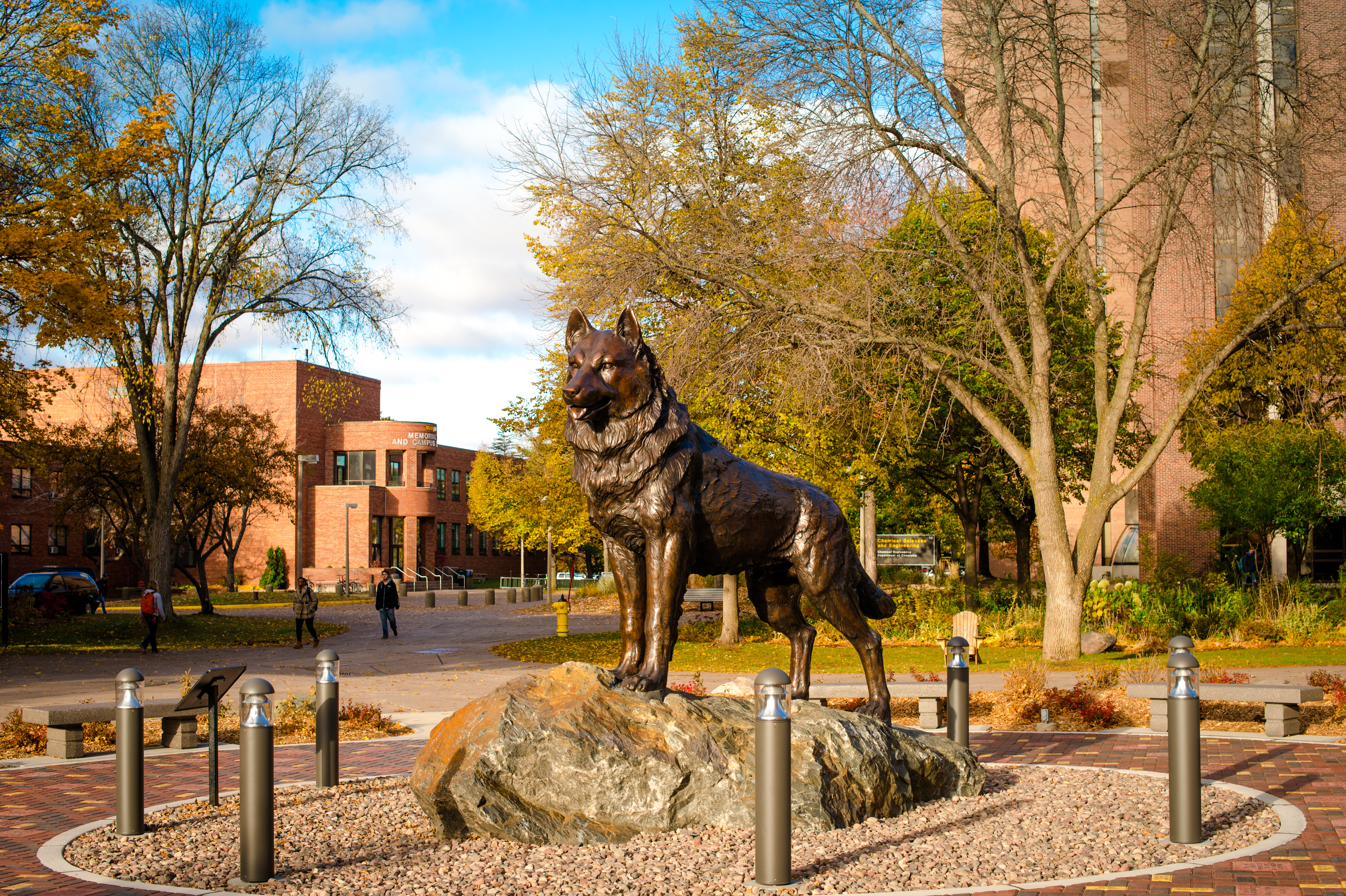 I can’t say that Halloween is my favorite holiday—I could take it or leave it, leaning toward the latter—but even with the attempts at tricks or treats, it seemed to be a bit scary for some of our students last week.

With the final draft of an essay due yesterday, I cancelled my regular classes last week and had one-on-one conferences with each of them. And almost every single one came in concerned. Nervous. Sleep-deprived.

Oh, not because of the essay, they assured me. That would be fine. No, last week was a chemistry exam. And calc 2. And another class I’ve never heard of. A couple of students had to memorize something like 175 species of trees (based on their leaves, I think, and this is a good time of the year for working on that now that they’re on the ground). There was a lot of talk of using the learning centers on campus.

This is foreign territory for me—I look at what a lot of first-year students here take and can safely say I would not have survived. I’ve never taken calc. Or pre-calc. In fact, my math class in college was essentially a training course in gambling. I swear the school was accredited.

What struck me during these conferences was the way they worked through these difficult exams. I’d ask if they were doing anything fun for the holiday (or just the weekend). Glazed and dazed looks would come back from infinity. “I haven’t even thought about it.”

Balancing complex equations and (insert something witty about calculus here—seriously, I don’t even know enough to do that) is a lot scarier than any masks or costumes could possibly be.

As a memory for all of you, too, here’s something that seems a bit scary to me today: it’s going to be in the 60s. In November. I’ll take it!

It’s probably the best time of the year if you follow the Huskies: fall sports are getting late in the season while hockey is well underway and basketball is just around the corner. There’s a whole bunch of sports stories down the page.

Also of note is that our very own Tanner Kero debuted for the Blackhawks last week. He’s got three games under his belt so far and I think acquitted himself very well indeed. One thing for my Blackhawks-loving family to talk about that doesn’t involve them objecting to me being a Canucks fan. Like they think our teams are rivals or something. Note to Chicago fans: you aren’t Calgary. And be glad for that.

Dennis was always good in this spot in taking care of his fellow RTC students and alumni, and since I also come from the hallowed halls of Walker, I wanted to pass along a Superior Ideas project led by a graduate candidate and a faculty member:

StreetKnits is an international charity project where knitwear is donated to homeless shelters in the Midwest. Individuals in the US, Canada, Spain, and Germany, as well as technical communication classes at Schreiner University in Texas, knit and create manuals for future StreetKnitters. Silke Feltz (PhD Student in Rhetoric, Theory & Culture) and Clare Zuraw (ESL Instructor) would like to establish a Michigan Tech presence for StreetKnits by linking the charity to technical communication classes at Tech. By supporting this idea, Silke and Clare can purchase materials, teach knitting in classrooms and offer knitting workshops across campus. Please feel free to check out the StreetKnits Facebook page or email Silke (shfeltz@mtu.edu) if you have any questions.

And finally, I’ve had a fascinating interaction with a few alumni now in my tenure about grammar and style, which, as a word nerd, I love. It’s always interesting to me to be reminded of the gulf that exists between K–12 rules for language (the ones, thanks to memorable teachers in our lives, we’ve never forgotten—I still have all of the helping and linking verbs in the English language memorized thanks to Mrs. Archer) and the ones in college. I usually have to spend the first few weeks of a composition class getting students to relax their writing a bit after the rules they’ve had drilled into them.

My approach is a bit simpler, though I know it can drive some grammarians crazy: if it fits the tone, the style, and the context of what you’re writing, you can break just about any rule there is. All of them. Like that one right there on fragments. I learned to write narratives based on the way they sound, and that comes across a bit in my writing style (I think).

More than anything, though, I encourage my students to try to make their writing—and their speaking—not sound like writing or speaking, but rather sound like them. If that makes sense. It’s why I ban the words “In conclusion” at the start of a conclusion. It sounds like writing. It doesn’t sound natural.

To put that in perspective, though, I took a grammar class as a graduate student. Really. And you haven’t lived until you’ve seen a room full of 40 English majors, 35 of them high school teachers, arguing about how to diagram a sentence for two hours at 10pm. Some passionate arguments there. I don’t think we ever agreed.

Students who are concerned about the environment have banded together to form the Association of Students for People, Environment and Nature (ASPEN). And they don’t just talk the talk. They took a 6-day backpacking trip at Isle Royale National Park in August to explore and learn about the island, so they can share it with . . . [ Full Story ]

Solar panels are the beacon of renewable energy, yet they are not getting as much light as they could be. Joshua Pearce from Michigan Technological University and a team from Queen’s University in Canada have found a way to get more sun to shine on the panels and crank up the output by 30 percent . . . [ Full Story ]

Air is not just air. It’s not just a sterile, preset mix of oxygen, hydrogen, carbon dioxide and other molecules. As an atmospheric chemist, Lynn Mazzoleni knows air is dynamic and full of soot, sulfates, dust and other particles. Now, with a new piece of equipment, she can analyze complex aerosol samples and how their . . . [ Full Story ]

Yun Hang Hu, the Charles and Carroll McArthur Professor of Materials Science and Engineering, has been elected as a Fellow of the American Institute of Chemical Engineers (AIChE), as approved by the AIChE Board of Directors.

Founded in 1908, AIChE is the world’s leading organization for chemical engineering professionals with more than 45,000 members from more than 100 countries. Being . . . [ Full Story ]

Julia A. King, professor of chemical engineering at Michigan Technological University, has been named to the new Lorna and James Mack Professorship of Continuous Processing.

Through the generosity of an estate gift of million, an endowed professorship will be established in the Department of Computer Science at Michigan Technological University. An additional 0,000 gift will provide postdoctoral fellowship support within the department.

The gift from Donn and Liza Schneider, of Green Bay, Wis., ensures their estate will provide  million . . . [ Full Story ]

Research shows that women are less likely to become scientists and engineers due to a lack of female engineering role models, misconceptions about the field and a lack of technical problem solving opportunities in K-12. This project is providing scholarships for young women to go to Michigan Tech Summer Youth Programs so they . . . [ Full Story ]

Remember to get your nominations in for the board of directors and the 2016 awards; submissions are due December 1st.

Award nominations can be submitted at http://apps.alumni.mtu.edu/awards/

Board of Director nominations can be submitted at http://www.mtu.edu/alumni/contact/board/

Gather up your team, registration for the Winter Carnival Alumni-Student Broomball Invitational is now open! Visit huskylink.mtu.edu/broomball2016 for more information.

Michigan Tech is headed to Arizona for the Desert Hockey Classic on January 8 & 10!

One hour prior to Michigan Tech’s game all Michigan Tech alumni, family, friends and fans are invited to join the Michigan Tech Alumni Association at McFadden’s Restaurant & Saloon to celebrate the Huskies and pick up some Tech flair . . . [ Full Story ]

Mark transferred to Michigan Tech after obtaining a Diploma in Mining Technology from Haileybury School of Mines in Ontario and received his BS in Geological Engineering in 1969. Since this time, Mark has worked in industry beginning with junior Canadian companies and major international companies working up to a geological exploration consultant with Hunter Dickinson . . . [ Full Story ]

The Chicago Blackhawks announced today they have recalled forward Tanner Kero from the Rockford IceHogs of the American Hockey League, it was announced yesterday by the Club.

The Hancock native has eight points (6-2)

HOUGHTON, Mich. – Reid Sturos and Max Vallis both scored and Jamie Phillips made 22 saves but the Michigan Tech hockey

MARQUETTE, Mich. — Michigan Tech dropped its final game of the regular season by a 2-1 score at Northern Michigan today. The Huskies led 1-0 at half but couldn’t hold on in the second half.

BAY CITY, Mich. — With four starters returning from last year’s GLIAC Championship squad, Michigan Tech remained the frontrunner for the 2015-16 title. The Huskies were picked to win the GLIAC North Division by the league’s coaches as the preseason poll and All-GLIAC teams were released today. In addition, Danielle Blake (Midland, Mich.) was . . . [ Full Story ]

Halloween was this past weekend, which meant plenty of fun to be had both on campus and off. On Friday, Pre-College Outreach hosted a little get-together, and full points to some of their staff for going as the characters on the different cans of KBC. Meanwhile, some students changed things up a bit as they . . . [ Full Story ]

Concerning the construction of the ME-EM Building, I had the good fortune to witness the ceremony of the iron workers setting the last beam at the top of the structure. I was in the upper floor of the chemistry building in Chem Lab when I saw this beam rising up with the American Flag . . . [ Full Story ]

I was driving across campus at the University of Delaware this morning, and saw the attached on the car in front of me. At first, it didn’t quite register, then I realized, “Hey, that’s the piano dog!”