The best way to tell if a relationship will last is to go on a camping trip with your significant other. My fiancé (at the time, no longer) and I decided to take a canoe on our trip to Isle Royale back in 1986. We took the Ranger III to Rock Harbor and then put all of our supplies in the canoe to spend the night on one of the small islands. We would island hop around and take advantage of the nature trails. We saw a fox while we were there. On our last day of the trip, my then fiancé decided I wasn’t paddling the canoe well enough and decided to jump out of the canoe and leave me stranded. He lost his Eagle Scout ring when he jumped out. I was about to leave him there on his own when he reminded me that I would get in trouble with the rangers if I did not come back for him. I had to paddle the canoe by myself doing a 180 degree turn to go get him. That was the beginning of the end of our relationship.

Suggestions on what to take on a trip to Isle Royale:

-Stacey, your tips are fantastic! And, as a fellow canoeist, I felt your frustration about paddling. Thank you so much for sharing! –SW

I have made only one trip to Isle Royale, in 1975, I believe. I went with my brother-in-law, Gerry, with whom I had worked in the Peace Corps in India. This was really the first hiking or trekking experience for either of us. Needless to say, we were pretty green and didn’t know what to expect. We caught the boat from Copper Harbor, along with our tent, backpacks full of heavy stuff like canned beans, canned soup, and Sterno for cooking—all the wrong stuff! We did have a water filter, but it was an early version that took about a half hour to filter one quart of water, and a canteen each.

Anyway, upon arrival, we decided that our first destination would be Lane Cove. We set out on one of the main paths and then diverged onto the trail to Lane Cove. We found it to be not well-used with many windfalls across it and tall grass in it. We arrived close to sundown. The mosquitos were so thick we were actually breathing them while we attempted to pitch our tent between swatting at them.  We got the tent up as quickly as possible and both crawled in and zipped up the mosquito netting. In no time it was opaque, due to a complete covering with the little pests, and we were treated to the drone of their wings. We decided not to even attempt to go out and cook supper, so we just slipped into our sleeping bags and fell asleep.

It was a night of the new moon, and absolutely pitch black. We could hear the mosquitos and the sound of the waves splashing to shore, a couple hundred feet from our tent. Then, at around 1 a.m., we heard a crashing sound in the woods beyond our tent, and it kept getting louder and closer until we thought it was right on top of us. I said to Gerry “I think that’s a moose and it’s going to smash right through our tent!” It was so dark, we couldn’t see a thing. Somehow, the big animal missed us by just a few feet judging by the footprints we observed the next morning, and we soon heard it sloshing out into the lake: no doubt to get away from those mosquitos!

The following morning, we set out for the Greenstone Ridge trail, happy to have left Lane Cove, and now fully understanding why the trail to it was so little used! It was very hot, and we soon ran out of water. We had to beg the fire tower keeper for some water in order to continue, and he obliged, even though it was against the rules. We were also helped by a group of young ladies at our next several camping sites as we found out our can of Sterno was not enough to even boil our water!

Everything was much better after that first night, and the beauty and serenity of the island filled our senses. We saw quite a number of moose but didn’t see any wolves, although we could hear them howling at night, adding to the awe of the place.

In the end, we thought it was a great trip, and it led to us doing many more treks all around the world: the Himalayas, Africa, South America, Australia, and, last year, Tierra del Fuego. All without canned beans or Sterno!

-Your story is fantastic Tom! I can almost hear and see all those mosquitos. What a trip. Glad to hear you ended up enjoying it and traveled even more. Feel free to share more about your travels around the world. We enjoy hearing about these from our alumni! -SW

While at Michigan Tech in Forestry School, I spent the summer of 1966 working maintenance for the Park Service on Isle Royale. I was stationed at Rock Harbor Lodge and my brother Jim was on Mott Island. There were several other Tech Foresters on the Island that summer; as I recall George Stolze, Ron Church, Fred ???, and maybe one or two more. Great summer job; hard work at times, but good lake trout fishing, plenty of hiking, and no shortage of beer and parties.

Since the main dock at Rock Harbor was part of my maintenance responsibility, I would be present for arrival of both the Ranger from Houghton, and the Isle Royale Queen form Copper Harbor. I witnessed many sea-sick guests arriving.

One outstanding memory was working with the Park Service senior carpenter, building the interpretive display structure for the “ancient copper pits” up on the Greenstone Ridge Trail. It was quite a project that took several days of hard work. My brother and I were the “mules” who hauled all of the materials, first in a small aluminum boat from Mott Island shop, out along the shore toward Scoville Point, and then several miles up to the “Ridge Trail,” where some of the more prominent and accessible old copper diggings were located. The display consisted of six large poles, which supported a large wood framed display case with glass covered panels, and a prefabbed roof that topped the structure. To install it in the rock outcrop, we used a two-man gasoline powered drill, half a case of dynamite, picks and shovels, and carpenter’s tools; all of which we had to pack in. It took several days to transport it all up there and another day or so to drill and blast the holes to install the structure.

The highlight for us, was when we finished, there was excess dynamite left over; which was old, and had been deteriorating (some of the nitro-glycerin was seeping from the sticks and laying in the bottom of the case). The carpenter decided that we should not take it back to the shop. So we found a small depression somewhat off the beaten path, and detonated the remainder. It was quite the blast and was heard, and rattled windows, at the main resort at Rock Harbor, 3-4 miles away. Needless to say, we all had to answer to the Park Supervisor the next day.

-Art, what a summer job! I especially liked the dynamite story. I bet that was a lot of fun to work on the island. Thank you for sharing! -SW

Been going there for 35 years!

-Hal, great memories. Sounds like you’ve had some wonderful experiences at Isle Royale. Thank you for sharing! -SW 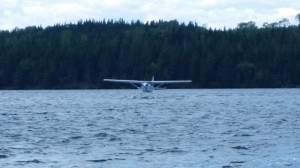 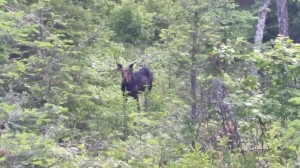 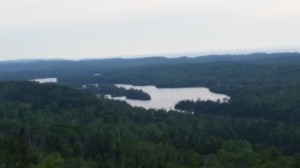 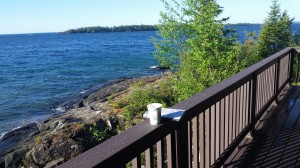 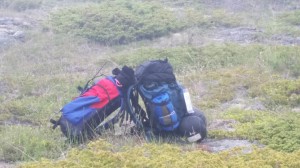 I read in the TechAlum newsletter that you were looking for stories and tips for traveling to Isle Royale. After having backpacked the island once back in the late 90s/early 2000s during my time at Tech, I recently returned for the second time last summer. And my husband and I brought our two kids, ages 12 and 9. It was my kids’ first time truly backpacking, so it was partly a “trial” to see what they thought and how they would do.

-Jody, thank you for sharing your experiences backpacking with children and for the great photos. My three are 8, 5 and 3 and that’s why we haven’t made the trip yet. Good tips to think about as we decide when to make that trip in the near future. We may stay at the lodge for the first trip and then when they are old enough tackle a backpack trip. And, I agree with you about the seaplane! -SW

I really think all Tech grads should make at least one trip to the Isle. I was able to take each of my three kids individually to “Paradise.”

The trip over on the Ranger set the tone for leaving the rat race of the business world and preparing to spend a quiet week with each child in a phone free, Internet free environment.

We then finished off the week by staying at Rock Harbor lodge for the last night. After a shower we ate a double helping of meatloaf and I topped it off with a couple COLD beers. The first one did not hit my throat.

Would love to do the trip with the grand kids, but a tough sell on the home front.

-Dean, this is a great idea! What a great time for your kids to spend with you and what wonderful memories. I’ll put this one in my back pocket for the future. -SW