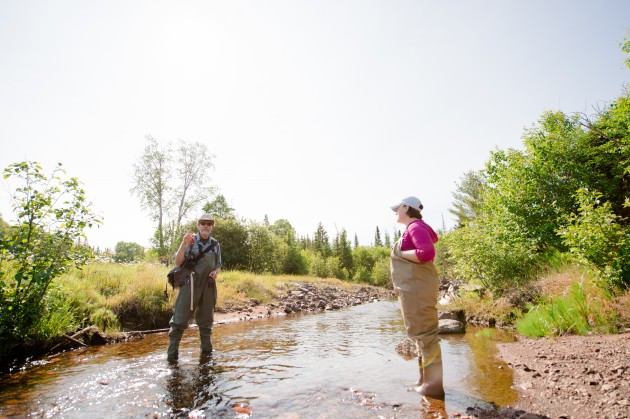 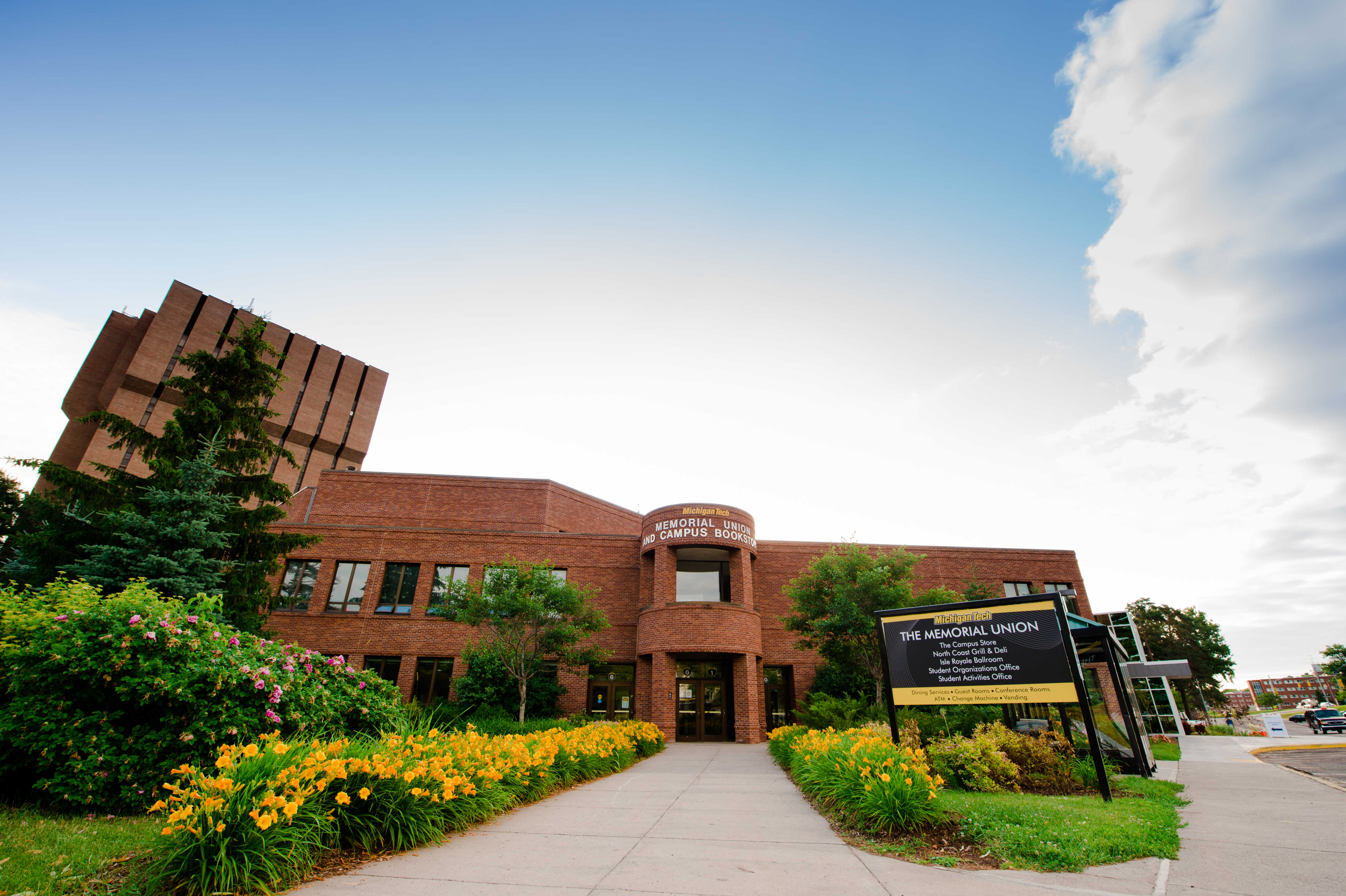 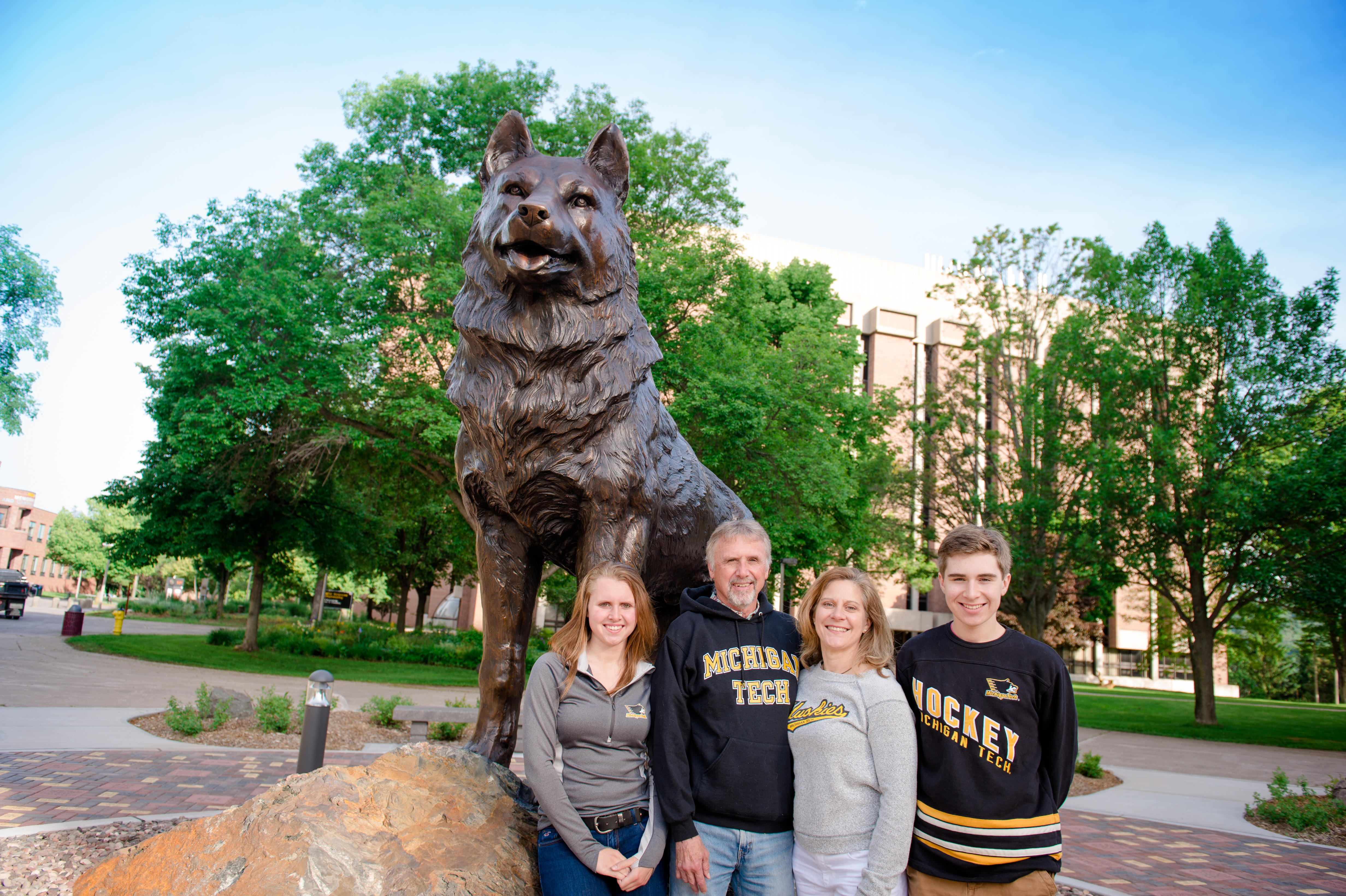 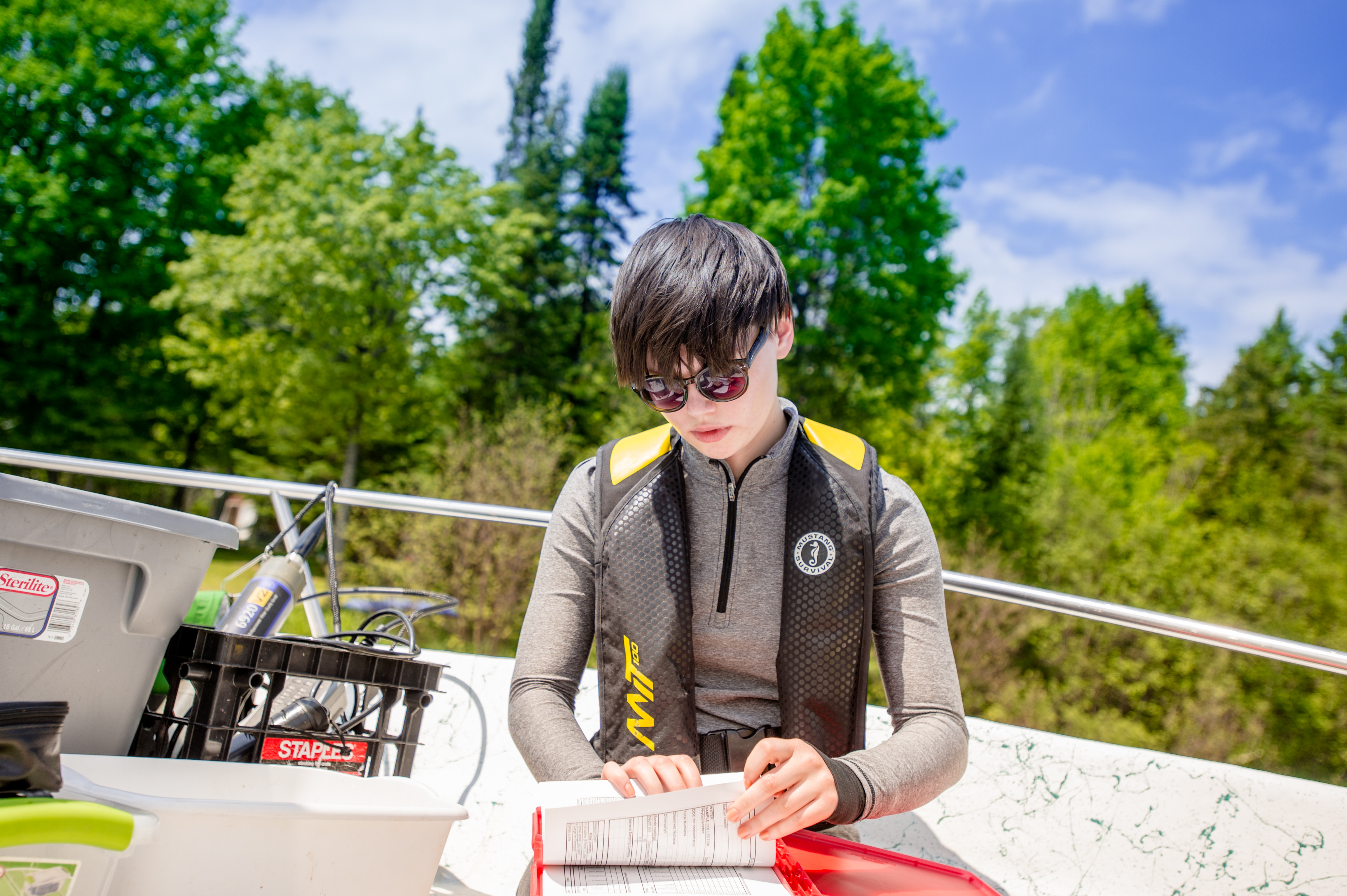 The latest issue of Michigan Tech Magazine will be hitting mailboxes shortly. I wanted to share some background on the cover story with you.

It was almost a year ago that I first spoke with Justin Fitch. He was traveling through Pennsylvania, going from work in Boston to where he was about to buy a home in Wisconsin. And he quipped that Pennsylvania didn’t seem to like his phone.

We were cut off four times in our conversation.

Frankly, I needed those breaks. Justin has terminal cancer and we were talking about veterans who have attempted suicide—two topics that hit rather hard. If you’ve ever conducted an interview, you probably have been in that spot where you just don’t know what to say, everything in your vocabulary sounding weak and trite.

I’m not a journalist. I have some training in it, but it’s never been my job. Everything I had to say felt insignificant, but Justin had that covered, too. He carried the interview. He told me about the 22 veterans who take their own lives every day, and how we need to make that number zero. He told me about the network of support created by Carry the Fallen, a part of Active Heroes that holds ruck marches—essentially long walks with a very heavy pack on your back—to raise funds and awareness.

Justin’s trying to do a lot to help carry his fellow veterans with the time he has left, too. I won’t scoop the magazine story, but the work he’s doing is incredible. Just a week or two ago, an online appeal went up on GoFundMe with a seventy-eight thousand dollar goal. That was to build the first cabin at the veteran’s retreat Active Heroes is constructing in Kentucky.

It took about four hours to blow through that goal. As of my writing, the total is around three hundred thousand dollars.

It takes a ton of character to devote the time you have left to the service of others. I don’t know that I could be that strong. But the story you’ll read is real, the work is important, and the man is incredible.

Justin Fitch has had a major impact on me. And the last thing he said to me when we were finishing the interview?

“Is there anything else you need?”

He’s asking me that?

Justin will be given the Humanitarian Award at Alumni Reunion. More than well earned, that.

Let me start down here by apologizing: I’ve got my assignments rather piled on and I didn’t get out to Hungarian Falls this week like I said I would. I’ll do two for next issue to make up for it!

On the plus side, Nathan Miller, a 2010 graduate, works for the Keweenaw Land Trust and has a great update on Hungarian Falls down in the mailbag.

Pardon my tooting our own horn a slight bit, but our news writing team won an award from CASE, the Council for the Advancement and Support of Education. A couple of my stories even snuck in there! Maybe that’s why we didn’t get the gold…

There are a number of community events for this year’s Reading as Inquiry book coming up. If you can make it here a bit early for Alumni Reunion, there’s an event on August 5 in the Van Pelt and Opie Library at 2pm. There are also events in Hancock and Copper Harbor a week later. The book this year is the brilliant Nothing to Envy: Ordinary Lives in North Korea by Barbara Demick. It’s an excellent read if you haven’t heard of it, lending a fascinating perspective on a population living somewhere between the Orwellian and the absurd.

If you’re in town a bit sooner—say, this Friday—you might see a bunch of Tech alumni as Sigma Phi Epsilon is having a rededication ceremony for their chapter. They’re expecting around 400 alumni and family members as they celebrate 50 years of being a local chapter. There’s also a nifty event going on in Hancock, with live music and food galore down the main drag.

And finally, you know the middle of summer is upon us when there are no baseball games either yesterday or tomorrow. How are we at the All Star Game already? Wasn’t it just Opening Day?

Jacqueline Huntoon has been named provost and vice president for academic affairs at Michigan Technological University.  Huntoon has been dean of Michigan Tech’s Graduate School since 2005 and associate provost since 2011.  She is also a professor in the Department of Geological and Mining Engineering and Sciences.

If you are looking for a great way to give back to today’s student and share what you have learned during your career (so far), please consider participating in one of this Fall’s Industry Days.

The single biggest decision that a high school student makes is their choice of a College, University, or . . . [ Full Story ]

Cancer is caused by genes that were originally “good” that have turned “bad”. Researcher Thomas Werner is using fruit flies to better understand the way cancer genes communicate throughout this process.

Have you registered for Alumni Reunion (August 6-8) yet? Bring the whole family and join in on the fun! Just visit www.mtu.edu/reunion and click on the registration link. You can also call toll free at 1-877-688-2586 to register.

Can’t make it up to the Copper Country this year? You can still participate by sharing your Tech . . . [ Full Story ]

A bit of good news for a very accomplished Tech researcher: Charles Kerfoot received the IAGLR Lifetime Achievement Award in Burlington, VT in May—and we have the photo to prove it!

The group surrounding him are Michigan Tech faculty, graduate students, and alumni who attended the meetings and helped him celebrate. Congratulations, Dr. Kerfoot, and . . . [ Full Story ]

His cell phone area code is still 906, reflecting his Upper Peninsula roots, but Rob Waara’s role as chief engine engineer with the SRT Viper racing team has taken him far afield, including to the 24 Hours of Le Mans.That endurance race meant some incredible hours for the engineers prepping the two Vipers: 24 to . . . [ Full Story ]

NEGAUNEE, Mich. — The two-year relationship between FOX UP, TV6 and the Michigan Tech-Northern Michigan sports rivalry will continue into 2015-16 with the addition of men’s basketball and volleyball to the lineup of hockey, football and women’s basketball. All regular season games in those

HOUGHTON, Mich. — Jamie Phillips, one of eight Michigan Tech hockey players taking part in NHL Development camps, was featured in the Winnipeg Sun recently. The Huskies goaltender is one of five NHL draft picks on the 2015-16 roster.

The story on Phillips is here.

I’m rather excited that Alumni Reunion is coming up as I’m looking forward to meeting so many of you. Suffice it to say that Reunion is a tradition with some legs to it—this photo is from the 1911 Reunion, after all.

What are your memories from when you first came back? What are you looking . . . [ Full Story ]

To add to the note in the ‘Email Bag’ from Jim Schluckbier, when I started at ‘da Tech’ back in the mid-60’s and some freshman asked about what the weather was like, one the classic responses was “Well it hardly ever snows in August.”  I can certainly remember it snowing in June enough to . . . [ Full Story ]

I got a kick out of your “Back in my Day” article, but it really got me thinking:  campus HAS changed a lot, even in the time since I graduated in ’97.

Back then, “The Dow” referred to the stock market, and the upstairs of The Library downtown was the place to sit.

Thanks, Deane—Sarah does such a nice job for our entire campus, from our publications and websites to those faculty/staff portraits no one likes having done.

I saw in this issue of the TechAlum newsletter a piece from Tim GeBott about the pond at Hungarian Falls.  I work with the Keweenaw Land Trust and in 2013 we purchased the top 10 acres of the Hungarian Falls gorge, which included the uppermost falls, the historic dam, and an impounded pond.  . . . [ Full Story ]

The first picture in one of myself on top of Ripley drive in Hancock .  Camera angle was southeast. This is the 1949 Ford  that I had after discharge from the Army in 1954. Come winter time, snow tires and stamp sand on the streets made it possible to navigate most of . . . [ Full Story ]

As a Michigan Tech graduate, you qualify for a special group rate on many of your personal insurance needs. Visit http://www.mtu.edu/alumni/benefits/ for details