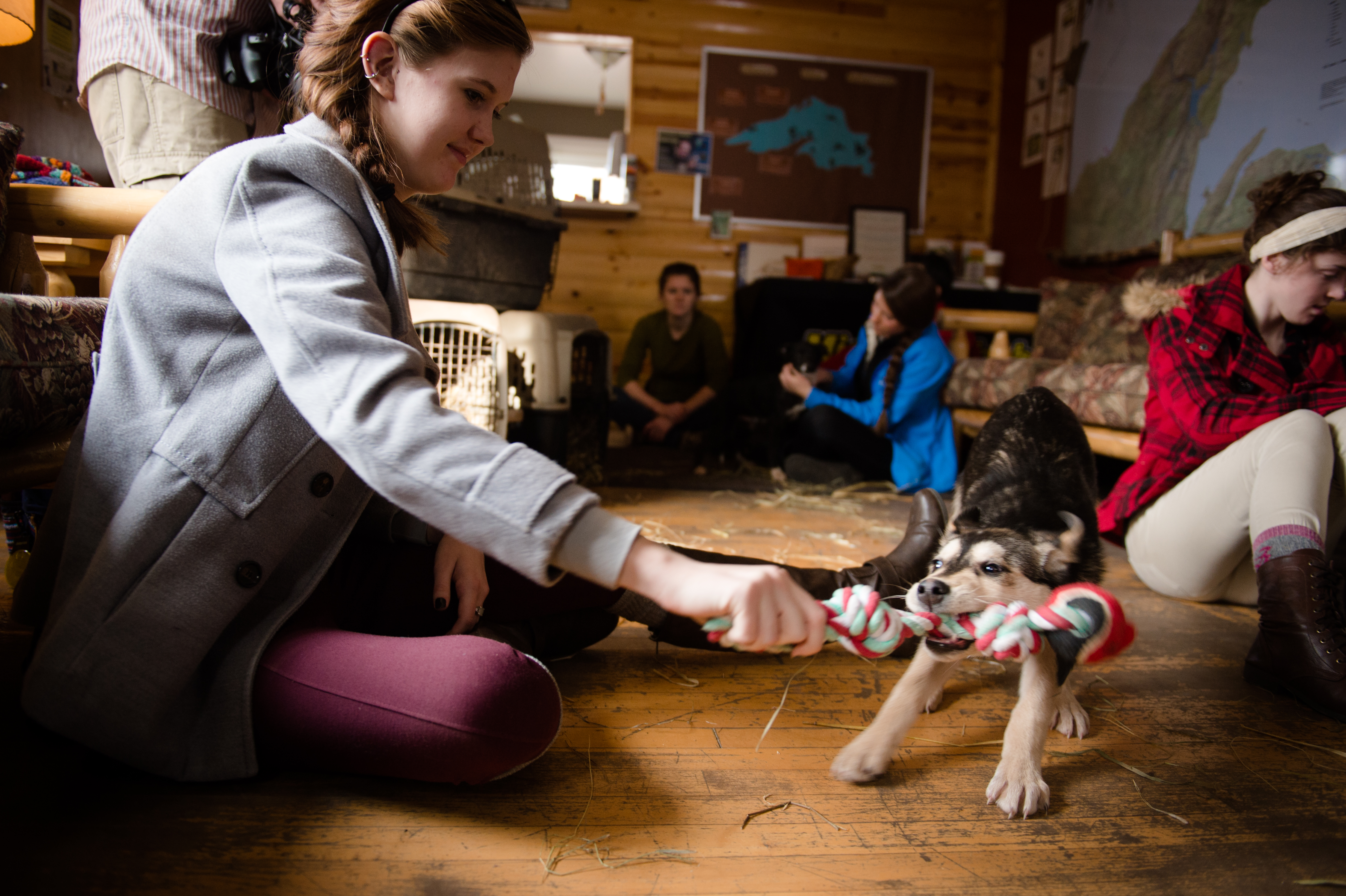 _DSC8281
Puppies were on hand last week to help alleviate that end-of-the-semester stress. 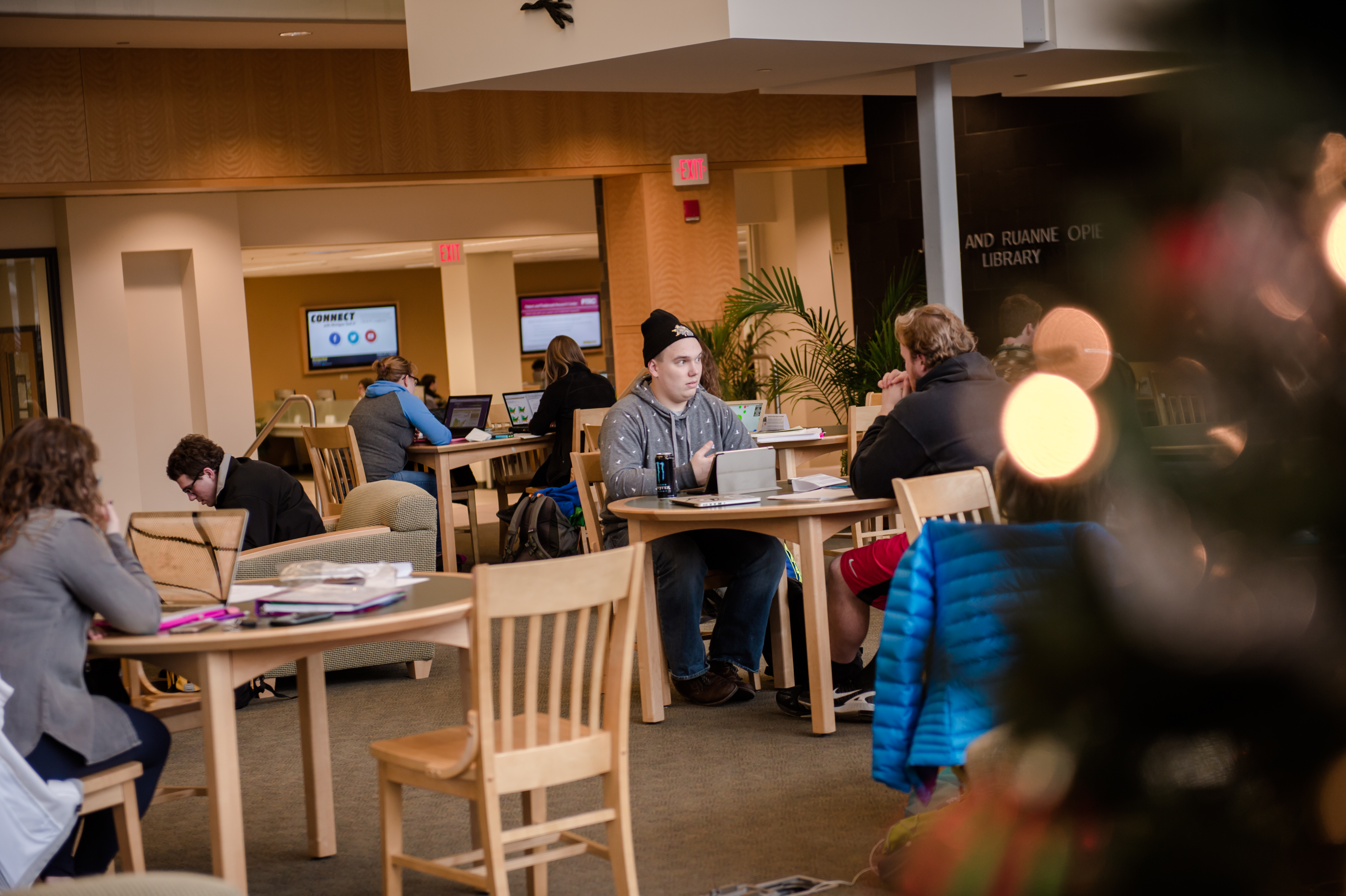 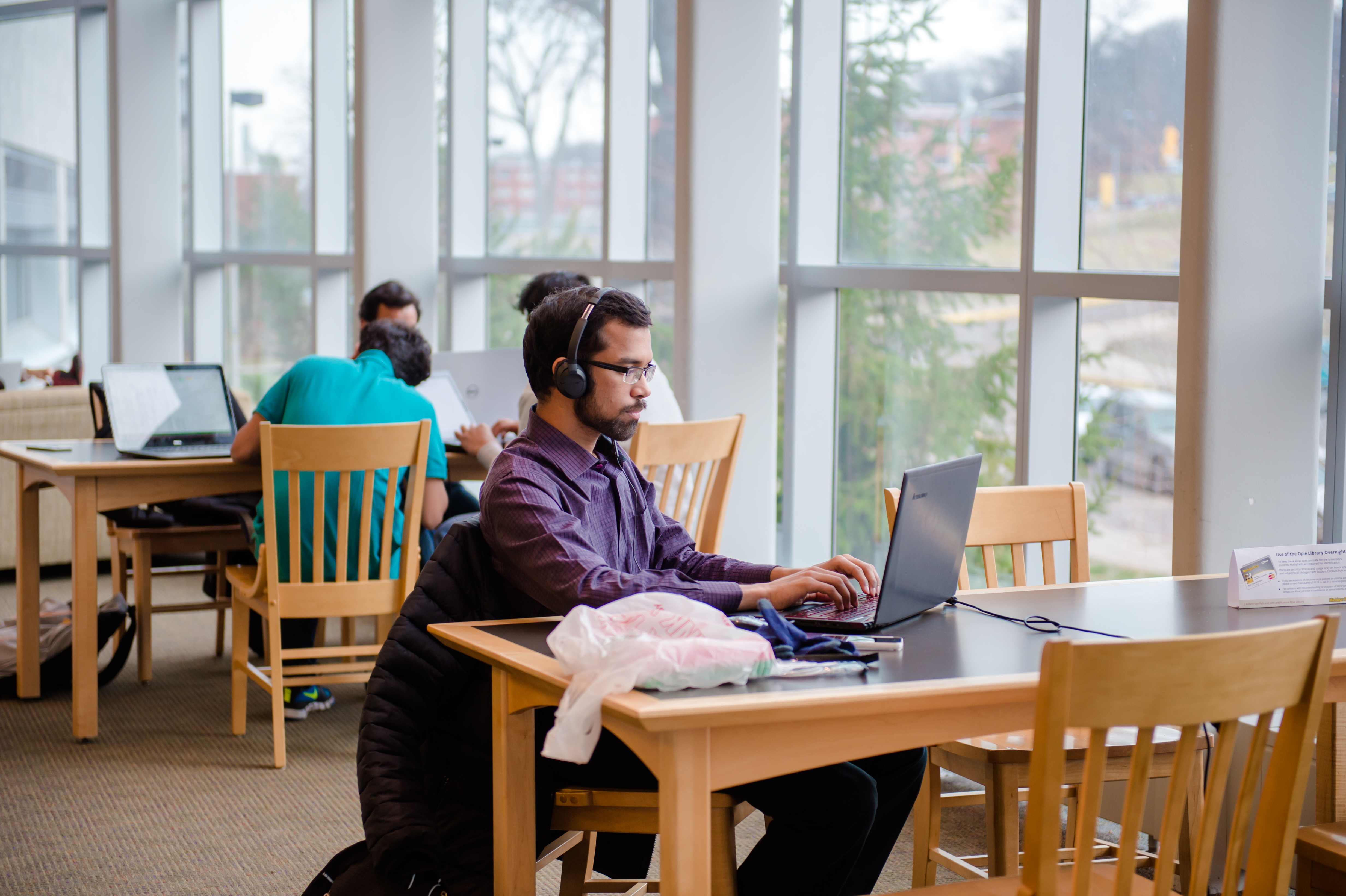 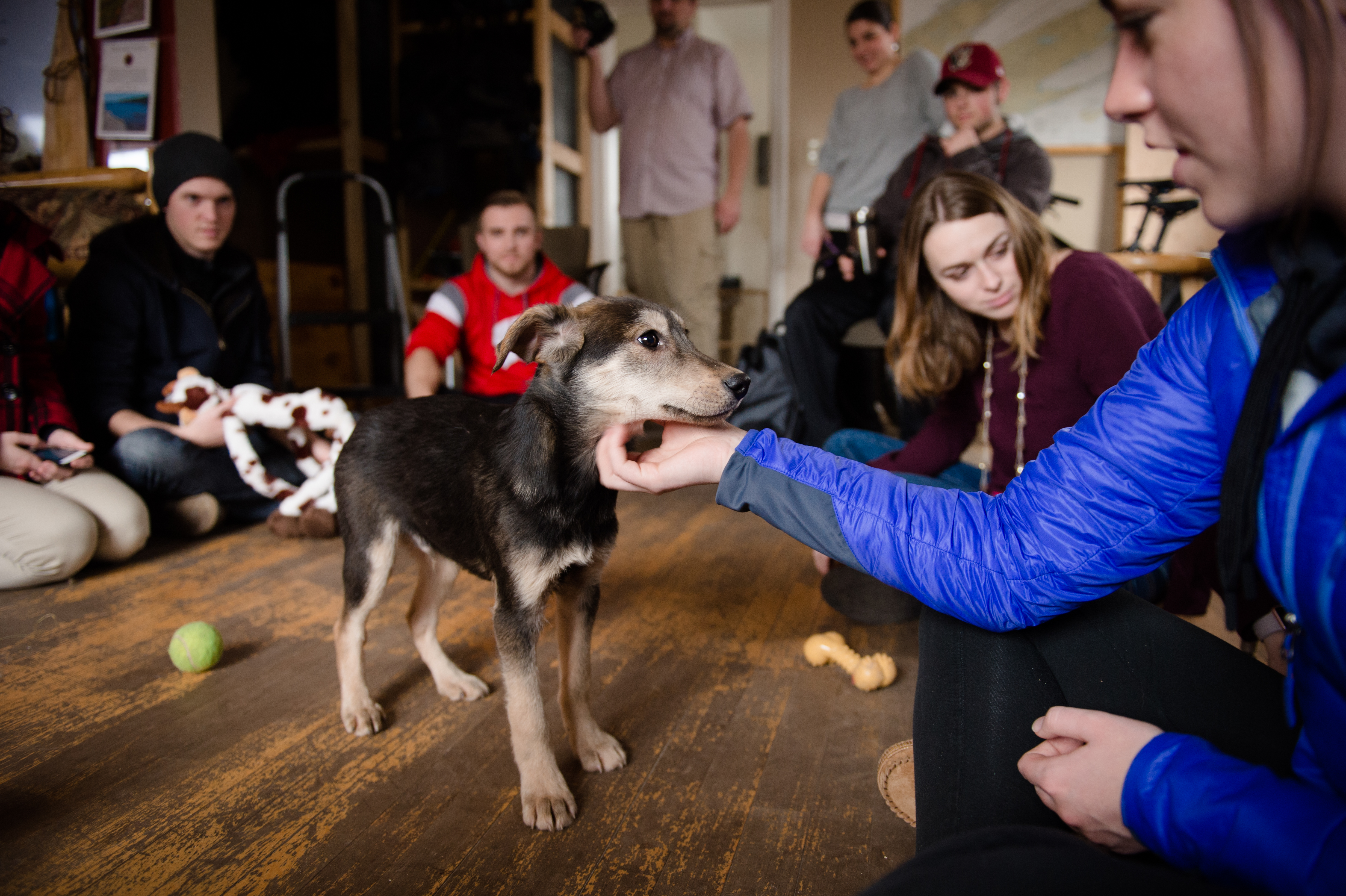 _DSC8264
I would have tried to take this one home. 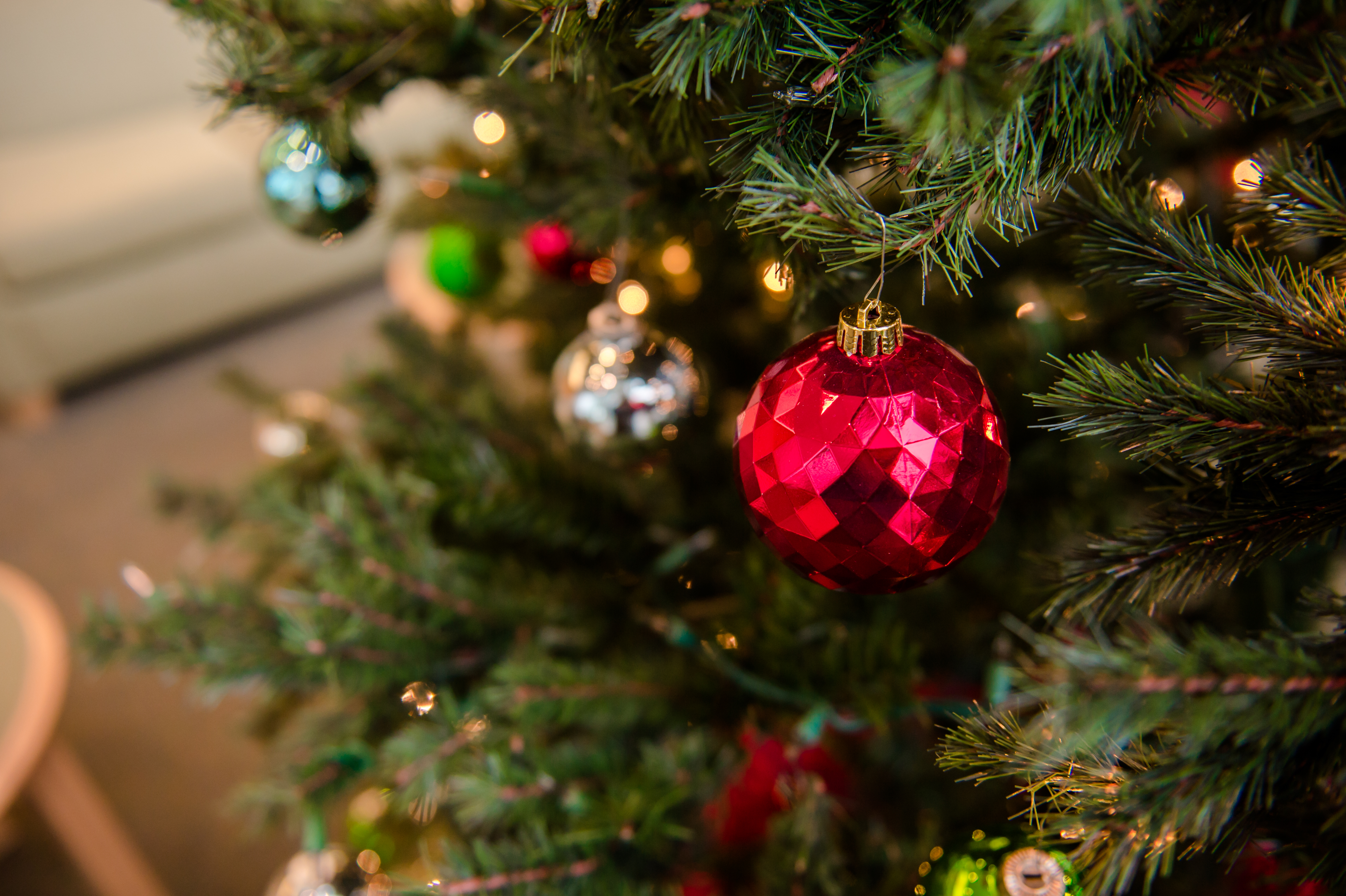 I like having something witty as an opening bit here. And with this being the last issue of 2015, I want it to be a really good one.

But the truth of that matter is that I’m typing this Monday night, later than I like to, after just getting back into town. It was a neat trip, and I spent time in all four continental-US time zones in less than three days. Which means I’m not sure if it’s supposed to be 7pm or 4pm, if I want to eat or sleep.

I was, however, out in mine country in Nevada for a bit. Gold mining, to be precise. No prospecting for me, but it was really cool to be in some of the communities. If you’re ever in the airport in Elko, all of the signage is from mining companies: simple marketing, job ads, or even philanthropy. Plus there was huge equipment all over the place, people in polo shirts doing things that looked important, and lots of big technology-ish words that I didn’t know.

I talked with a couple of locals about that, and they said that their community sometimes feels recession-proof. Not really, but more like when the economy is bad elsewhere, it’s usually good there because of the price of gold.

I also learned about local government, where, since times are good for them right now, they’re saving money to help out when times aren’t so good in town. Running a surplus to cover possible future deficits. Smart, that.

And all of this got me thinking about a lot of what we do here, the majors and degrees and careers our students select. Perhaps it’s starting salary that attracts some, but what I hear more often than not is that our students are following their passions, and when they leave, they’re finding ways to make a difference with the tools those passions have surfaced.

These also happen to be many of the most in-demand careers, too, but let’s not forget that our placement rate covers a broad array of majors.

No town is recession-proof. Neither is a career. But a lot of the perks and bonuses of boom times come with our degrees, too. What I appreciate is that our students are well-positioned compared to many when the economy isn’t all that hot, too.

That’s not a bad thing to think about when flying from time zone to time zone.

An unusual problem has crept up on us; you can read about it down in Tech Sports. We don’t have any snow. Which makes it really tough to hold ski races this coming weekend.

Dennis was our rock-and-roll correspondent last week, but he’s chipped in with a neat article on some of the busiest and best restaurants in Michigan. Marie Catrib’s in Grand Rapids shows up on there, and I know we do a lot there for both admissions and alumni. Soon Dennis will be the editor of the entire Entertainment section of TechAlum. Once we get one.

Sorry about the video up in the slideshow. No, I take that back: I’m not sorry for the video. The video’s awesome and is the hard work of multimedia specialist Ben Brainerd here in UMC. It’s that voiceover. Ugh. I’ll try to talk to the guy, get him to stop doing them.

Cyndi Perkins, our web writer, has a request for all of you fine folks: we seem to somehow not have many photos of pickled eggs. Weird, that. If you have some good snaps of the official snack/meal of the UP, please pass them along!

A bit of sad news came across the desk just after last issue went out: long-time professor and researcher Donald Dawson passed away. He was 90. There’s a nice little piece in a previous issue of Tech Today talking about his passing. The way his students talk about how influential and flat-out good he was, that’s the kind of thing that motivates me when I’m in front of the classroom. He will be missed.

And finally, a reminder that our next issue will be in three weeks instead of the usual 2. Have a happy and safe rest of 2015 from all of us here. Which, at this time of night, is me, some of the web team, and the tireless Crystal Verran, who keeps all of us (and especially me) organized and on track.

Michigan Tech has a worldwide footprint. Whether it is where students or faculty come from, where they have traveled or where they have worked, Tech has made an impact on the world and continues to do so. Take Cole Bedford, a Peace Corps Master’s International (PCMI) program graduate student in civil engineering at Michigan Tech, . . . [ Full Story ]

The National Science Foundation (NSF) has released its annual research spending report, and Michigan Tech has moved up in its rankings.

A Michigan Technological University alumnus has provided a gift to the School of Business and Economics to offer financial assistance to women and to honor the memory of his wife.

Climate change lawsuits are becoming more and more likely, but adopting renewable energy could help mitigate that. A new study from Michigan Tech researchers reviewed how climate-related liability for energy companies is calculated and how it could be prevented. The results will be published in Renewable and Sustainable Energy Reviews (preprint available).

Nano implies small—and that’s great for use in medical devices, beauty products and smartphones—but it’s also a problem. The tiny nanoparticles, nanowires, nanotubes and other nanomaterials that make up our technology eventually find their way into water. The Environmental Protection Agency says more 1,300 commercial products use some kind of nanomaterial. And we just don’t . . . [ Full Story ]

The room was packed, the organizers grabbing more chairs as people kept piling in. The speaker stood in the front of the room, wearing a red ribbon shirt made by one of his tribal leaders, and the screen read “Being Indian Today.” He welcomed everyone in his Native language — Anishinaabemowin — and began his . . . [ Full Story ]

Kaila Pietila wants to push her boundaries by studying for a semester in Malaga, in southern Spain. The competitive national Benjamin A. Gilman International Scholarship is going to help her do it.

The Gilman Scholarships offer grants for academic studies abroad to US undergraduates with limited financial means. The program’s goal is to better prepare US . . . [ Full Story ]

As we approach the end of the 2015 calendar year, we want to take a moment to remind our alumni and friends that there is still time to make an annual contribution in support of Michigan Tech—and receive a 2015 tax deduction on your federal tax return (if you itemize.)

Gary Fahnenstiel was born in Saginaw, Michigan and has lived in the state his entire life. Gary earned his BS in Biology and Chemistry at Eastern Michigan University in 1978, but his vocation started at Michigan Technological University, where he had the chance to engage in research on Lake Superior as a MS student in . . . [ Full Story ]

DETROIT – The ‘College Hockey in the D’ schedule is set to begin in less than three weeks, as the 51st annual Great Lakes Invitational gets underway on Tuesday, Dec. 29 and Wednesday, Dec. 30 at

HOUGHTON, Mich. — The Pre-U.S. National/Junior National Qualifier ski races scheduled for the Michigan Tech Nordic Training Center for this weekend have been canceled due to lack of snow.

The races were to be held Saturday and Sunday (Dec. 19-20) on Tech’s campus

DETROIT — Michigan Tech outscored Wayne State 28-12 in the third quarter to take control of an eventual 71-65 victory at the Matthaei Center today in GLIAC women’s basketball.

First, I’d like to apologize to any EEs or fire inspectors for this photo, because all of us who have owned an old house up here have probably woken up in the middle of the night thinking of an electrical fire. Or maybe just me.

It was nice to see a familiar picture on the Tech Alum current edition as I’m the proud owner of the vanity plate that was featured.  It’s great to see MTU utilize the photo which I submitted to the Alumni Board (which I used to be part of) to be used for Marketing of the . . . [ Full Story ]

There were three of us Tech engineering students that hunted ducks frequently in Chassel Bay.  One early morning in the darkness we loaded up the decoys and the guns and jumped into the boat for a choppy ride out into the Bay.  The waves were high and the boat was somewhat overloaded making me concerned . . . [ Full Story ]