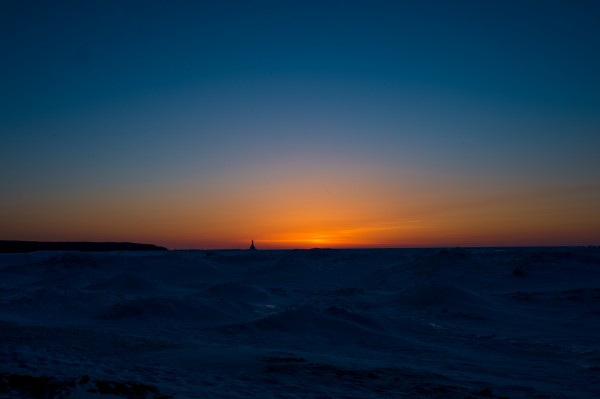 Sunsets are later and later now. Nice to have it be light out at 8pm again. 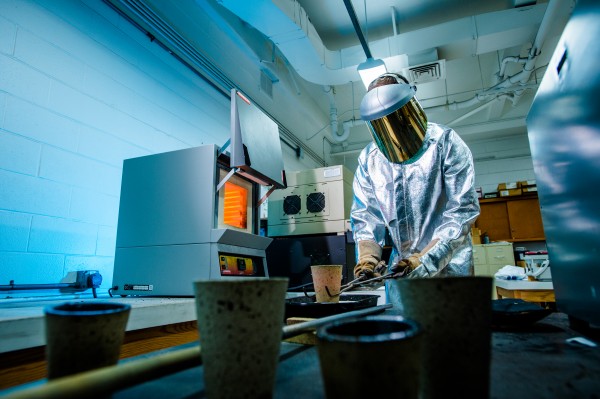 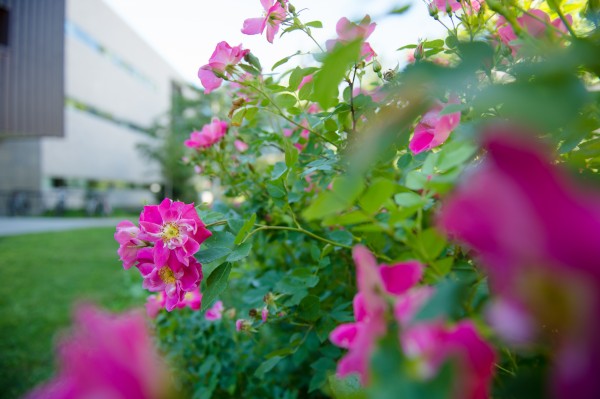 It’s been a great couple of weeks here in Houghton, one day even getting up into the 60s. The parking ban is still in effect—you probably remember it well—but the sidewalks are getting closer to clear. The snow that’s remaining is hiding in the shade or in big glaciers next to driveways.

As I’m writing this, it’s only a few hours until the 2015 baseball season kicks off. Everyone starts with the same number of wins and losses. And it means we’re that much closer to the weather where you don’t even think about needing a jacket when bounding out the front door. That should happen by July.

For me, a lot of this last week was working on materials for Commencement. It’s hard to believe it’s here again already, but in less than a month, about a thousand new alumni will join our ranks. I met with the student speaker, Kyle Yarusso, a week ago. A nice guy, quick, and clearly going places. That’s so many of these graduates. There’s so much they get to do. Think of all of the first days and introductions that are about to happen. The new apartments and offices. The routes to work in cities familiar and strange. The new hangouts. Think of the possibilities.

Looking at this graduating class, the next incoming class is already taking shape. Excited high school students—debating whether or not to bring a car to campus, figuring out roommates, studying the campus map to try to remember where the heck they need to go—will be out on internships and accepting job offers before we know it. In between, they’re going to learn a lot.

There have been robins sighted in town, too. Nice to have them back. The last of the long bridge closures was last week, and the balance chains and support cables are all back in place. Granted, there’s still many months of construction yet to come, but the peregrine falcons—who live on a box atop the bridge—have seen fit to come back.

The hockey season came to an end, with a trip to the NCAAs and a heartbreaking overtime loss. I’d say the Huskies acquitted themselves very well. And even when we fell down, there wasn’t any quit. Now some of the players are looking ahead to careers, as pros and as professionals. A clean slate.

Mont Ripley has snow on it, though there are bare spots. Now it’s a sun-facing reminder of the season we just got out of, the melt rushing down to the mostly frozen canal. There’s some open water, just like the big lake. It was a cold one, though. It’ll take time.

I expect, in the next week or two, for the umbrellas to come out at the John Rovano Plaza, outside the Van Pelt and Opie Library. They’ll gust in the wind, flipping up a bit as the tall trees between the library and Rekhi Hall sway. We can order hot drinks out of habit instead of necessity. Maybe get a new usual.

It’s about that time again, the time when we all have no record, when anyone can do anything. When it’s all about promise. That’s true for the incoming student, the soon-to-be professional, and any of us who open the windows on a sunny morning and see hours stretched out across the horizon.

There’s a lot to do. A lot of stories to make, memories and traditions to forge, and just plain things for us to see and do before we huddle up again next winter. I can’t wait to hear about as many of those moments as possible.

Mark Wilcox has joined our team as our new news writer. He joins us after years in newspapers, radio, and television. Between Mark and Allison Mills—our science and technology writer, and the unceasing work of Jenn Donovan—our news and PR director—we’ve got a lot of campus coverage up and running. I can, for the most part, stay out of their way and let the real journalists do the news.

We’re also hard at work to bring you the next Michigan Tech Magazine. I can’t wait for you to see it. I think just about all of the writing is in, and now it’s time for the design and photography magic. I’ll give you a heads-up when I know those are going in the mail.

Finally, don’t forget that Alumni Reunion isn’t all that far away. If you can make it town, we’d love to see you. There’s always a great deal going on, and it’s a good time to say hello to old friends and make some new ones. Our doors are always open to you. Really.

Weather disasters rarely hit the Upper Peninsula. Snow falls in abundance, sure, but it’s nothing compared to the devastation many others have faced due to Mother Nature.  Two Peace Corps Master’s International (PCMI) students at Michigan Tech have lived through 2015’s deadly Cyclone Pam and Typhoon Yolanda in 2013 when those storms struck the countries . . . [ Full Story ]

It’s been said the only thing more difficult than winning a championship, is repeating. That is exactly what an Applied Portfolio Management Program team from Michigan Technological University has done.

For the second year in a row, the School of Business and Economics’ APMP team won the global investment competition at the Global Asset Management . . . [ Full Story ]

Millions of miles of tunnels criss-cross the ground under old mining communities across the United States. Abandoned, falling apart and choked with water, the tunnels are often viewed as a dangerous legacy. But the water in these mines could actually be a major geothermal resource.

Student researchers at Michigan Technological University have put together the . . . [ Full Story ]

Many of us at Michigan Tech feel the symptoms of “Cabin Fever” as winter drags on. Our activities are secluded inside for the most part, and we start feeling that itch for the outdoors and warmer weather. But winter hasn’t kept Army ROTC students inside.

Since the first week of the spring semester, Army ROTC . . . [ Full Story ]

Catching a Golden-winged Warbler sounds like a mythical quest. The tiny bird is quite real, though, and a number of researchers track the species. The warblers migrate from the North Woods of the Midwest to Central America every year, and researchers put bands on the legs of a handful to keep tabs on them. Now, . . . [ Full Story ]

The Great Lakes contain more than 80 percent of the surface freshwater of North America. The goal of this project is to build a bigger observatory. The Great Lakes Research Center intends to utilize this observatory to allow for winter observation and information being gathered from all five Great Lakes.

The Keweenaw Symphony Orchestra concludes its 44th season with a performance comprised entirely of concert suites: short multi-movement orchestral works that tells a story. The Golden Cockerel is based on a Russian fairy tale; L’Arlésienne is the incidental music to Daudet’s “The Girl from Arles;” Water Music is music written for King George I. The . . . [ Full Story ]

Alumni, parents and Mitch’s Misfits who traveled to Fargo met up for a pregame party while Michigan Tech fans all over the country tuned in as our Hockey Huskies played in the first round of the NCAA West Regionals. Around 25 alumni and Kohler Co. associates and spouses (photo below) gathered in Kohler, WI on Friday afternoon . . . [ Full Story ]

Whites Bridge isn’t in such good shape. It’s a covered bridge, and with a lot of support and know-how from some Michigan Tech alumni, the project is taking shape. Here’s where you come in: the Whites Bridge Historical Society is holding a raffle with some fantastic prizes. Tickets are each or 3 for . . . [ Full Story ]

It means a lot to my parents to attempt to visit all 50 states, and I think they’re very close at this point.

But how about every county?

Jennifer ’14 and Jonathan Riehl—a senior lecturer in engineering fundamentals—have done just that. Check out this story on their adventure, and just think of your . . . [ Full Story ]

CHICAGO – The Chicago Blackhawks announced Thursday (April 2) that they have agreed to terms with former Michigan Tech forward Tanner Kero on a two-year contract. Kero will report to the American Hockey League’s Rockford IceHogs.

DE PERE, Wis. — One Michigan Tech school record fell and two more were threatened as the Huskies track and field teams competed at the St. Norbert Invitational yesterday. The men’s team earned its second win of the season while the women were third.

WHITEWATER, Wis. — The Michigan Tech track and field teams competed for the second day in a row in Wisconsin, taking part in the UW-Whitewater Rex Foster Invitational. The men’s team finished third of eight competing schools while the women were fifth of eight.

This one’s been in here before, yes. In 2009, I believe. But I want to ask a different question:

What was the cutting edge technology when you were in the classroom?

When I started my undergraduate career (at Monmouth College), it was in a 90-year old building, the furniture seeming like it was just as . . . [ Full Story ]

I’ve been going outside and kicking at the snow mounds a bit, just my response to their defiance. Melt already!

I’m looking forward to disc golf and kayaking in particular. And sitting at McLain with my sketchbook and not having to wear gloves. Sunshine brings us a great deal to enjoy, just like this photo . . . [ Full Story ]

You mixed up responses concerning “Toots”.  Mine was the one that mentioned cars.   If I recall correctly, there was a story in the local paper (Mining Gazette), probably between late 1962 through 1965,  explaining the origin of “Toots”.   There may have been a picture in the paper about it as well.   That may be . . . [ Full Story ]

Thanks for the nice mention of Margot Hutchins! I’ve known her through SME for several years.

The Toots question has got to be the most responses I’ve seen in the Tech Alum!

Thanks, Ellen! I know Margot a bit as well from my graduate student . . . [ Full Story ]

Dennis Toth 71 BusAd and Linda Kemler Toth 74 Biology. Her Volt is self explanatory. The Pontiac is an homage to the Holden Australia manufacturing.

Thanks, Dennis! I’m most familiar with Holden from playing Gran Turismo on the ol’ Playstation, but enough reading shows their impressive . . . [ Full Story ]

You may have already heard about this, but thought that it might be of interest to some of our alumni who were locals: