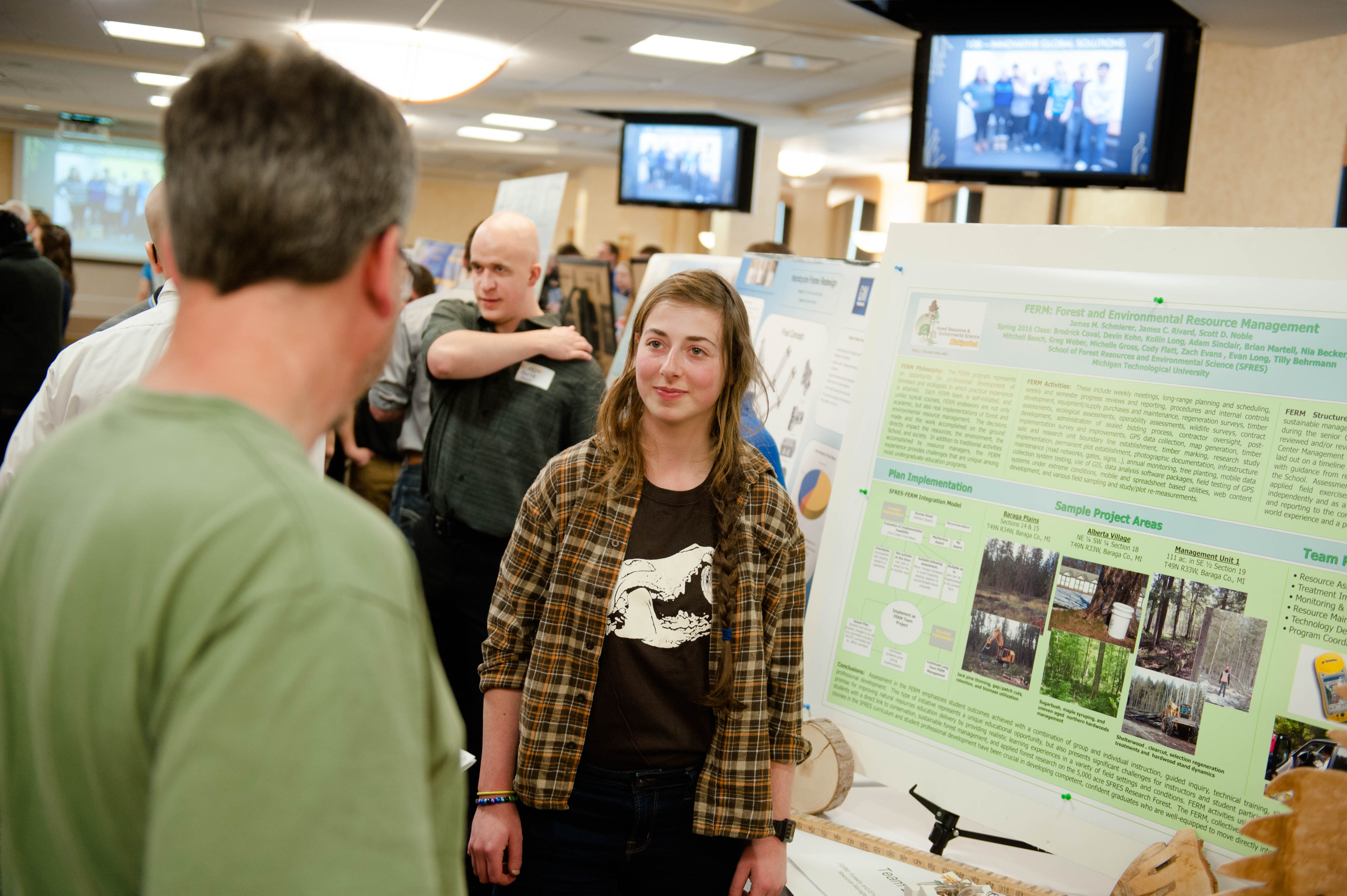 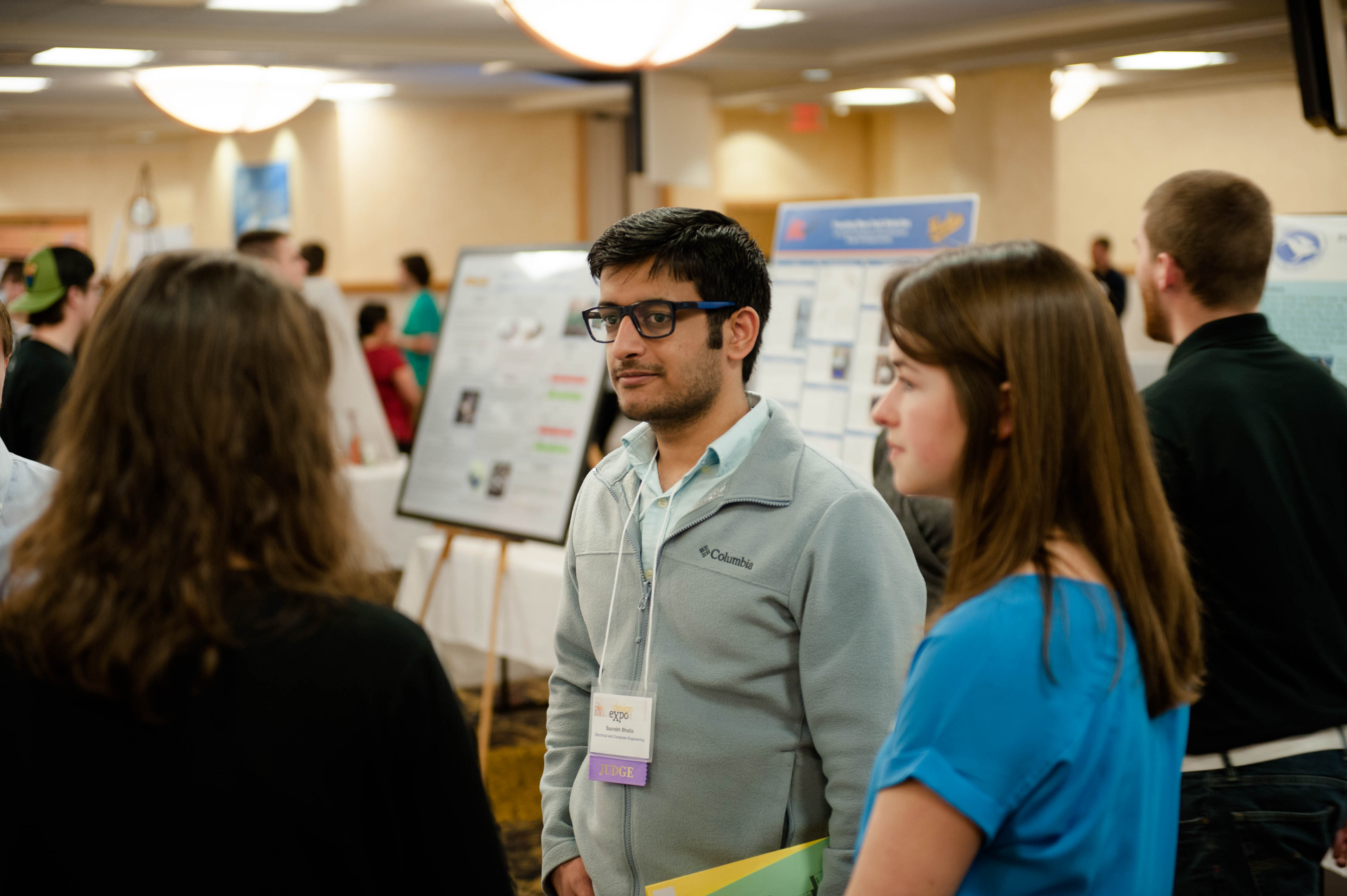 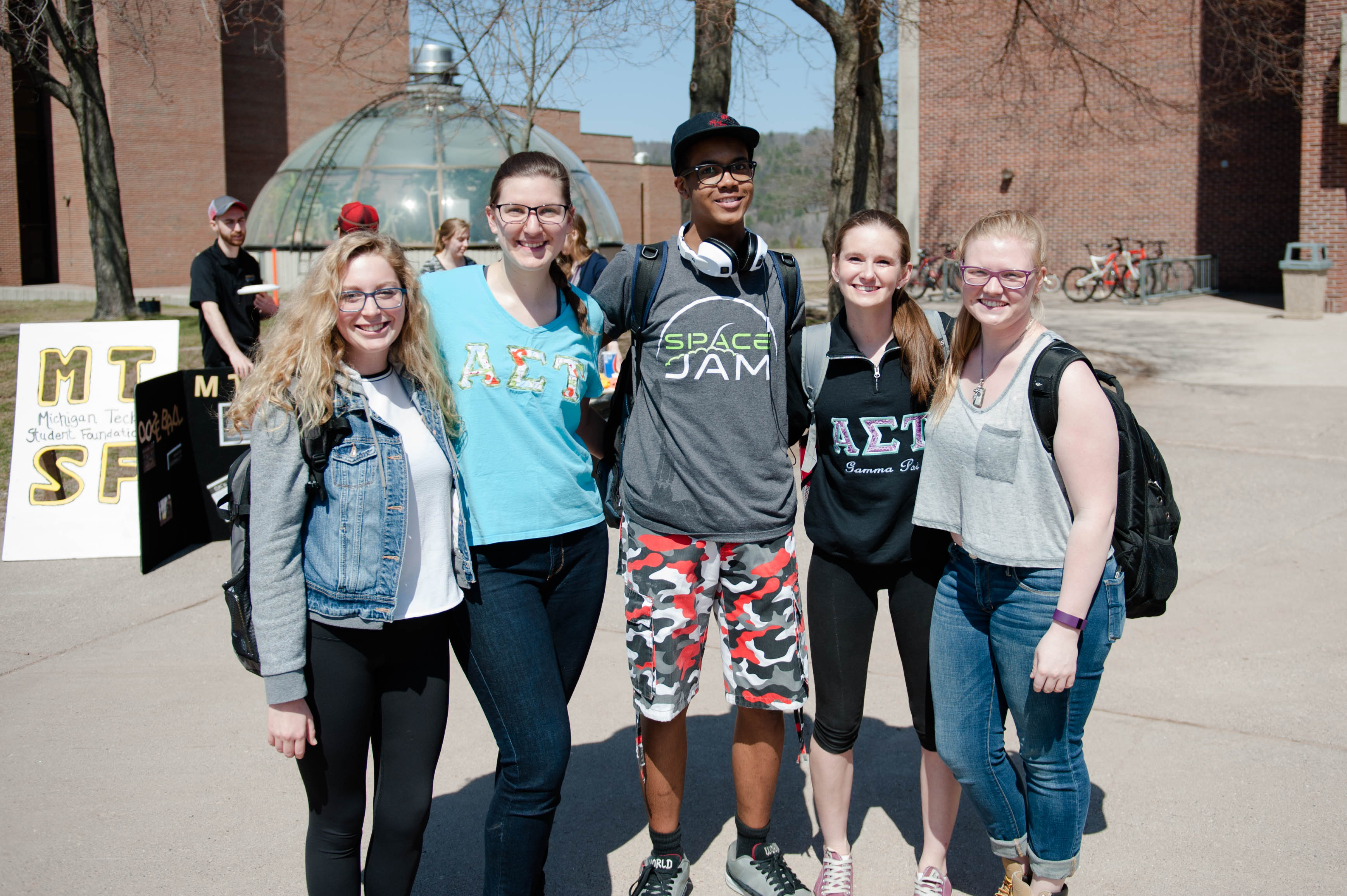 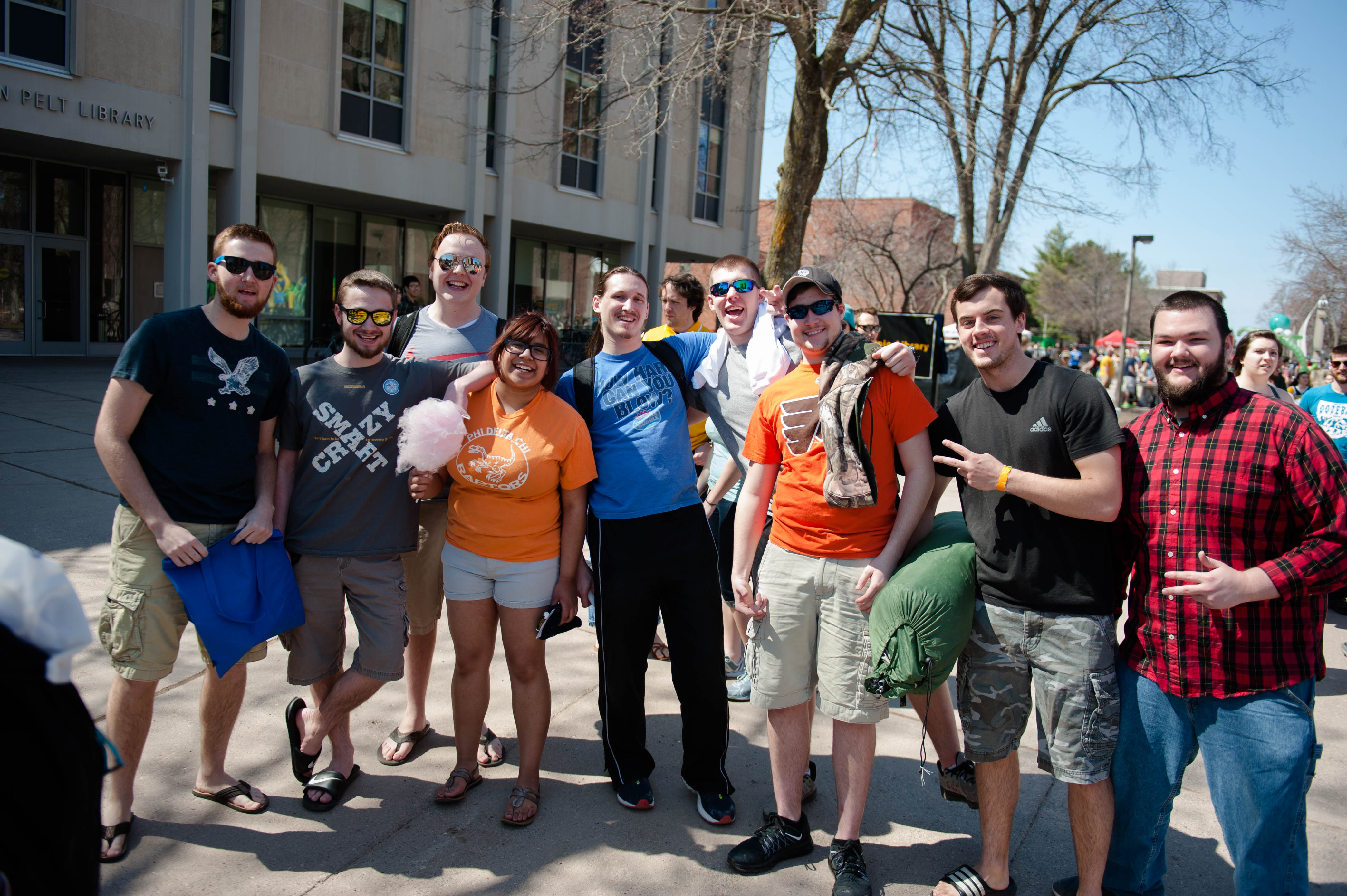 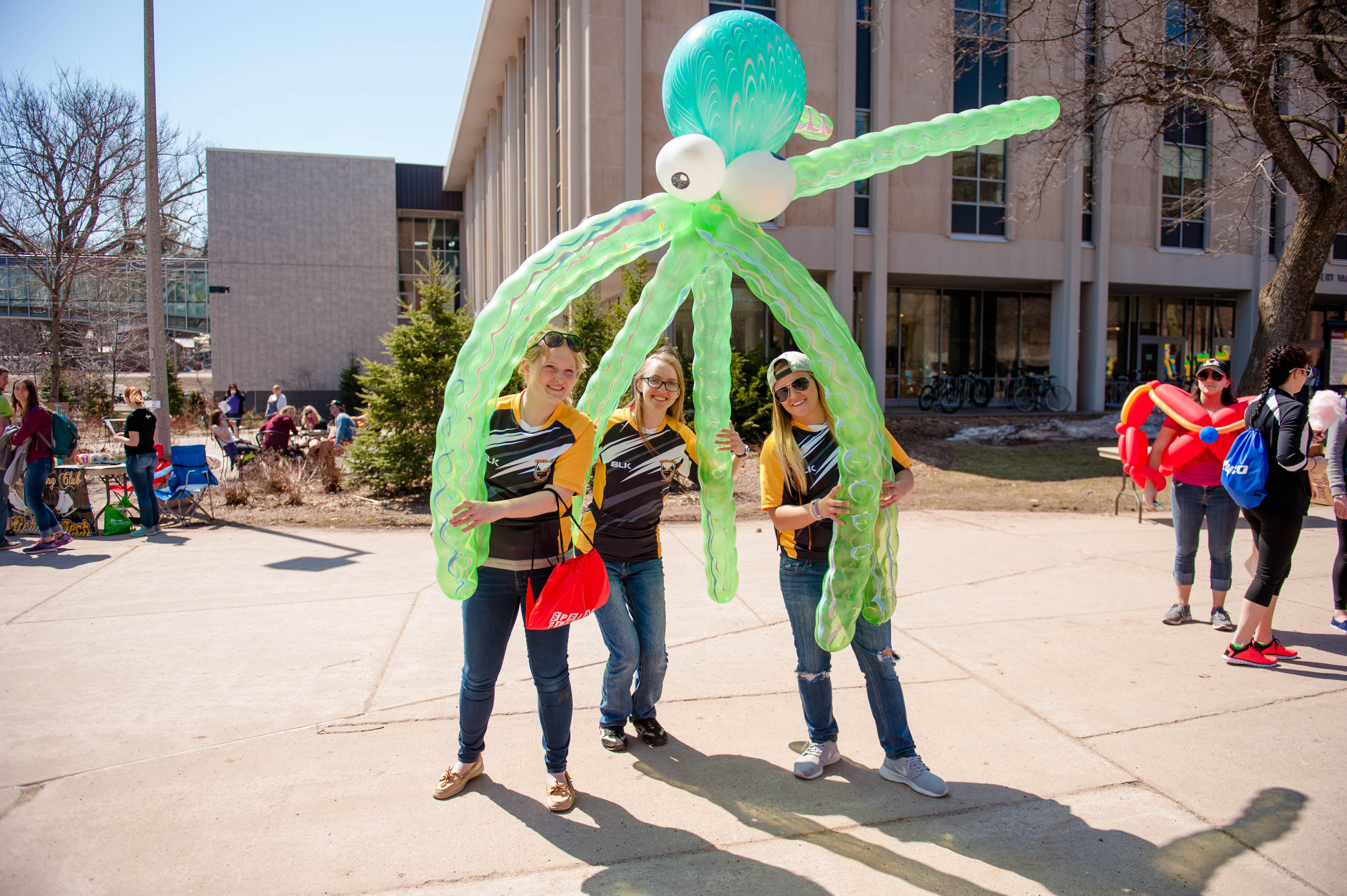 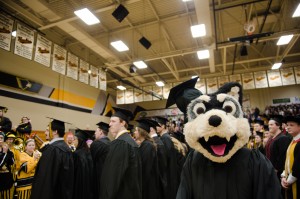 Students are making that last push. For some the end of their first year. For many, the last few moments and the start of what’s next.

I didn’t graduate from Tech, but I remember the bookends of college. Walking away from my parents one fall and back up to them, diploma in hand, four years later, so I have a sense of the pride, relief, and great sense of accomplishment our graduates will be feeling in a few short days.

The students here do amazing things. Most have forgotten more math than I’ll ever know. They balance rigorous academics, service, athletics, jobs, and a little bit of fun along the way. They’re #crazysmart, crazy-adventurous, and are going to do seriously incredible things.

Most of them won’t read this. But if you know a Husky who will walk across that stage Saturday, think of them with pride and welcome them to the group of thousands of Michigan Tech alumni who have come before them. Just like you, they earned it.

In the last two issues, we’ve highlighted alumni chapters in Michigan and Wisconsin. This week we venture farther afield and bring you an update from the Empire State.

The Upstate New York Chapter and the New York City Chapter had a joint event at Cold Spring, New York last fall to tour the West Point Foundry. The foundry operated from 1817 to 1911 and was an instrumental component in U.S. security, standardizing artillery and ammunition for our armed forces after the War of 1812.

Now a wooded preserve recalls more active days gone by. The joint chapter meeting involved lunch at the Cold Spring Depot and a guided tour of the preserve by the Scenic Hudson organization. Details of the lunch and tour were developed by Denise Blankinship ’84, the New York City Chapter leader.

Having survived another year, it is likely that only two wolves remain on Isle Royale. A researcher from Michigan Technological University surveyed the island this winter, part of the longest running predator-prey study in the world. The sudden population drop has led the Isle Royale National Park to look into intervention strategies for one of . . . [ Full Story ]

At a jam-packed Washington Convention Center this weekend, thousands and thousands of youngsters will get sticky feet and tongues discovering how much fun science and engineering can be. They’ll be dashing through ooblek and slurping liquid nitrogen ice cream at the Michigan Tech Mind Trekkers booths at the USA Science & Engineering Festival in Washington, DC, . . . [ Full Story ]

“What’s important is that this is not just one study—it’s the consensus of multiple studies,” Green says. This consistency across studies contrasts with the language . . . [ Full Story ]

What do a satellite tag anchoring system for Humpback whales, a pandemic ventilator for third world countries, a 793-mpg supermileage vehicle and a low-cost avalanche beacon have in common?

Mercury Marine completely re-powered Michigan Tech’s S/V Osprey over the winter after a catastrophic failure of a competitor’s outdrive last year. Michigan Tech is a Mercury Marine test center and the new engine and outdrive will be extensively tested throughout the upcoming field season. The value of the work is conservatively valued at ,000.

Dean and Jan Woodbeck’s daughter, Laura, just ran her first Boston Marathon. Her results: 3:25, a personal best for Laura. That is also top 10 percent of women and top 15 percent of her age group.

The Woodbecks are all Tech alums:

Kayla Herrera ’12 wrote an article “Why Growing Up In A Video Gaming Family Was Anything But Normal” which describes growing up in UP while Dad went back to school at Michigan Tech and how that affected her love of video gaming.

Why did you choose Michigan Tech? My cousin was attending and I wanted to be his roommate. Also, having relatives in the area helped. I was in “Bootjack” every summer as a boy until I was 15. Tell us about a memorable experience you had with a class or about a favorite professor? Doc Barry . . . [ Full Story ]

It was a successful weekend for the Michigan Tech track and field teams, which placed first in both the men’s and women’s team events at the Warrior Track and Field Invitational while seeing two individual records reset and numerous first-place finishes in various

Maybe not much to go on here, but are there alumni who can identify the year of this commencement shot? Do you have a favorite memory of graduating from Tech?

The unveiling of the new Huskies sports logos a few weeks ago got me thinking about a Huskies Hockey mystery, the answer to which has eluded me for more than 20 years. I’m hoping my fellow Tech alumni can help me find the answer, or at least dig up some new leads.

Show your Husky pride everywhere you shop, dine, and travel

The Michigan Tech Visa® Rewards has UNLIMITED Earnings! Watch your rewards add up even faster when you earn up to an additional 2,500 bonus points every quarter with 2% and 3% rewards for purchases in select categories! 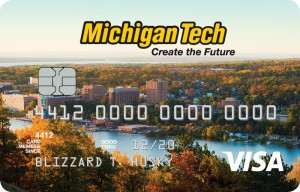