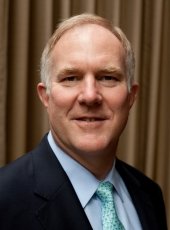 Mark was co-founder and CTO of SkyPilot Networks, where he developed the mesh architecture for commercial broadband wireless infrastructure services. He also developed distributed and heterogeneous communications system and protocols for military communications and sensing applications with Fantastic Data, LLC.. He went on to work at Atheros Communications where he managed the Systems Engineering Department.

From 2010 to 2014, Mark was a Program Manager at the U.S. Defense Advanced Research Projects Agency (DARPA) Strategic Technology Office. His program thrusts involve distributed sensor and communication systems for ISR systems and heterogeneous communication technology. From DARPA, Mark went to Google as a Technical  Project Lead with the Advanced Technology and Projects Group, leading research into advanced radio architectures. In his positions at DARPA and Google, he supported research projects in the ECE Department at Michigan Tech. Mark’s final position at Airbus, as VP of Connected Fleet, brought together his passions of flying and communication to design the airline communications for the next 5-10 years.

Mark and his wife, Laura, were married for 33 years, having met at Stanford. They have two children, Tyler, a DevOps Engineer, and Michelle, a specialist in fine art trade shows and exhibitions. Mark loved adventures of all kinds, with a particular passion for woodworking, flying, hiking, skiing, and diving.