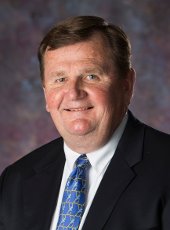 Mr. Michael Malloy completed his baccalaureate degree in civil engineering at Michigan Tech in 1970.   He went on to join Gannett Fleming, Inc. as a staff engineer in his home town of Chicago.  He moved up in the company serving as President and CEO of Gannett Fleming West, Inc. from 1987-2010 in New Mexico.  He also served as the Vice President of Gannett Fleming, Inc., Director of Western Operations, from 2001-2007 overseeing operations in Gannett Fleming’s 19-state West Region.  Currently, he is with WHPacific, Inc. in the New Mexico office as the Operations Manager and the Southwest Regional Transportation Director overseeing projects in New Mexico, Arizona, Colorado, and Texas.

Michael and his wife, Susan, reside in Albuquerque, New Mexico.