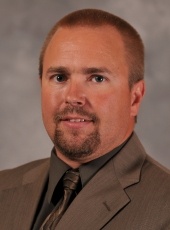 Joel Tuoriniemi joined the SBE as a lecturer in 2002 and assumed his current position as Assistant Professor of Taxation in Fall 2008. Joel has won the University’s Distinguished Teaching Award, the SBE’s Teaching Award, and has also been inducted into the University’s Academy of Teaching Excellence. He is a member of the American Taxation Association and Taxation Section of the Michigan Bar Association. A native of the Keweenaw, Joel and his wife Julianne (MTU ’95) have three children, Wyatt, Hanna, and Hunter. He enjoys spending time with his family, golfing, and hockey.